There have been 442 total confirmed deaths from the novel coronavirus in Tarrant County since tracking began in March. 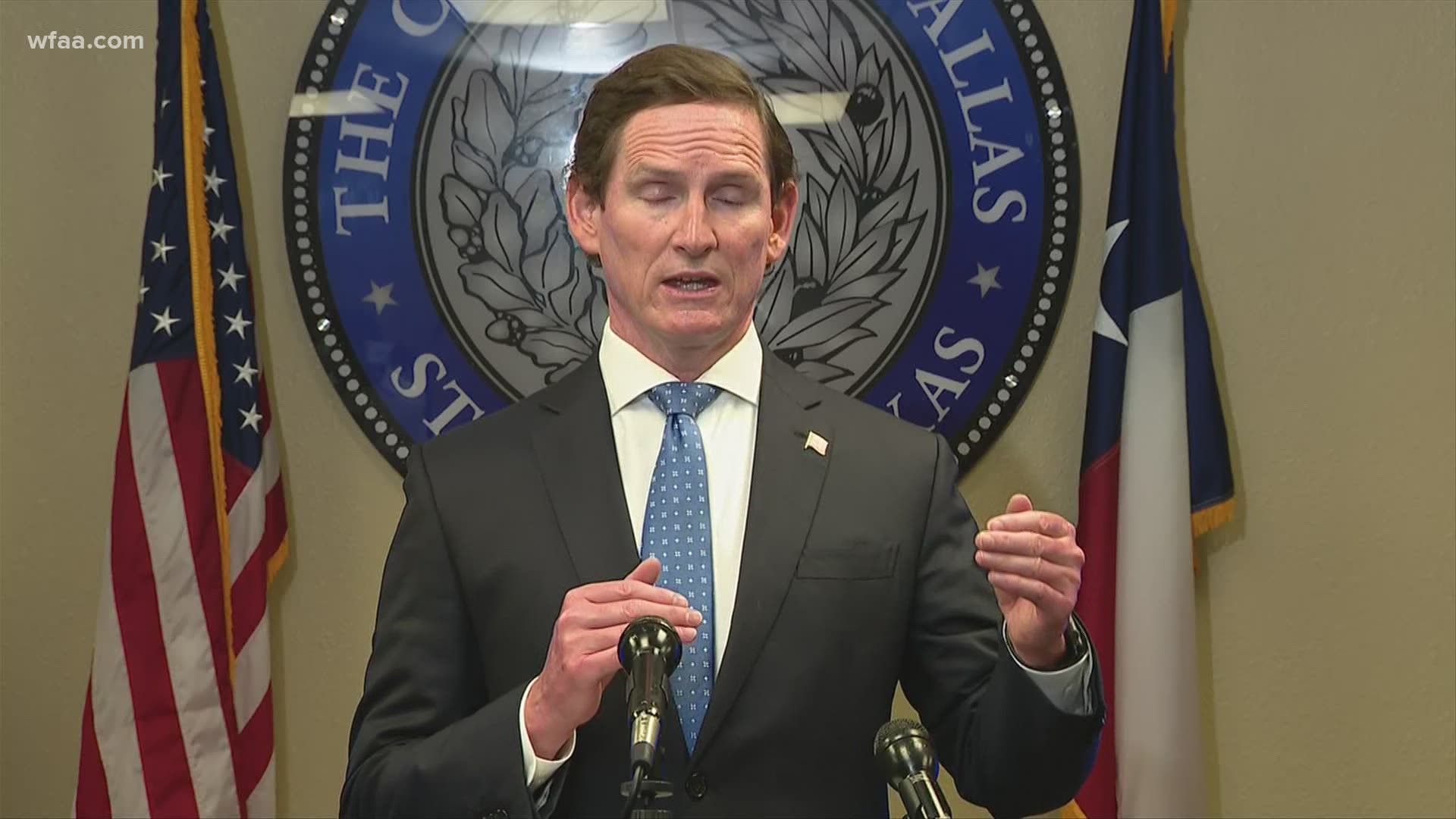 There have been 442 total confirmed deaths from the novel coronavirus in Tarrant County since tracking began in March.

County officials said the latest deaths were among people with underlying health conditions.

Dallas County now allowing all essential employees to get tested for coronavirus, regardless of symptoms

Dallas County Judge Clay Jenkins said Thursday in a news conference that all county-operated coronavirus testing sites will now be open to anyone who is considered an essential employee by the Cybersecurity & Infrastructure Security Agency, regardless of symptoms.

This news comes as Dallas ISD goes back to school Sept. 8 with an option of in-school or at-home learning, and many teachers are still trying to get tested before the school year starts.

Jenkins also announced the county would start using a new metric to gauge the spread of COVID-19: the R0 number, or reproduction number. The county's current R0 number right now, according to Jenkins and Dr. Philip Huang, is .087. This means that if 100 people are infected with COVID-19 and they spread it, it will only spread to 87 people. Jenkins said that number was at .067 one week ago.

Jenkins continued to urge Dallas County residents to use a mask and keep six feet away from others.

The county has a total of 8,077 confirmed cases since tracking began in March.

The Dallas Zoo announced Thursday that about 25% of its staff will be furloughed due to "the effects of the COVID-19 pandemic."

The zoo has more than 400 employees, and more than 100 full-time and part-time staffers will be furloughed beginning this weekend.

Senior staff members will receive a 15% salary cut as part of the zoo's response to the financial impacts of the pandemic and closures earlier this year.

The zoo also plans to permanently close the Children's Aquarium at Fair Park.

"We are all facing the harsh reality that the fallout of this global pandemic will be lasting and far reaching," said Dallas Zoo CEO Gregg Hudson in a written statement.

The zoo was forced to close as part of local and statewide orders earlier this year but reopened in late May. Attendance has been reduced since reopening, zoo officials said.

As part of cost reductions, the zoo is also offering an early retirement incentive and will freeze 75 open positions. 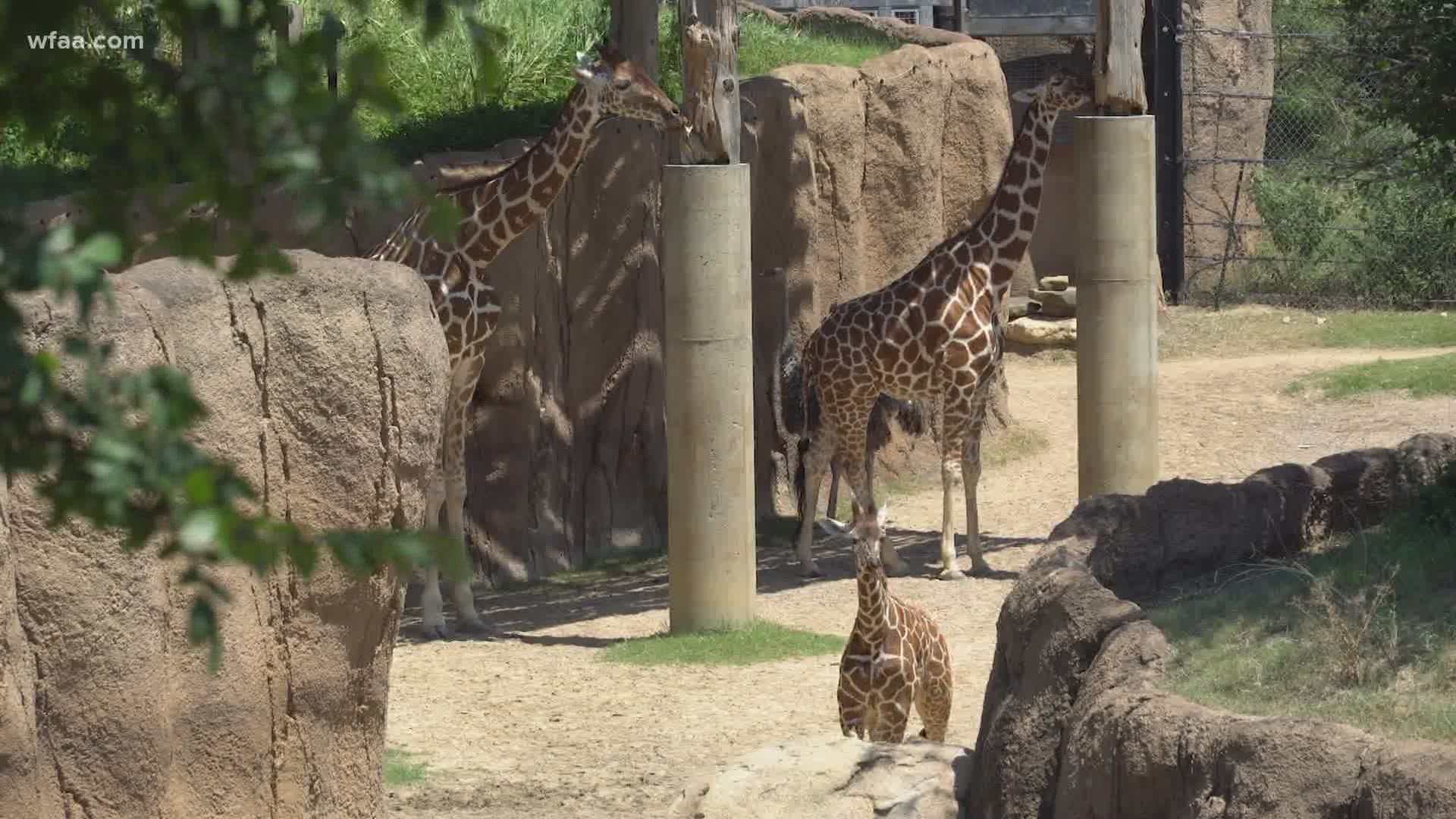 The Nutcracker canceled for 2020 holiday season

The Texas Ballet Theater has announced it is canceling its annual run of The Nutcracker, which was set take place in Dallas and Fort Worth during November and December.

The company said it made its decision to cancel the season-opening productions due to safety reasons surrounding COVID-19.

This is due to protocols put in place to protect dancers, but also due to the loss of revenue they expected because of audience capacity limitations. The company said it would need regular audience sizes to recoup the cost of its sets, costumes and special effects.

RELATED: Texas Ballet Theater cancels The Nutcracker for 2020 due COVID-19

Peaster ISD in Parker County will go back to school amid the pandemic in a week. But in this district, both students and teachers have a “right to choose” if they wear face coverings, according to an email from the superintendent that two parents shared with WFAA.

Powers and her husband Frank met with Peaster ISD Superintendent Lance Johnson on July 27 to discuss concerns about the district policy.

But the Powers say Johnson refused to wear a mask at the meeting because he wasn’t sick, said he didn’t believe in masks, doubted the effectiveness of vaccines and made racially insensitive remarks.