Officials say they're working to get the district into compliance with Gov. Abbott's order after a complaint from parents. 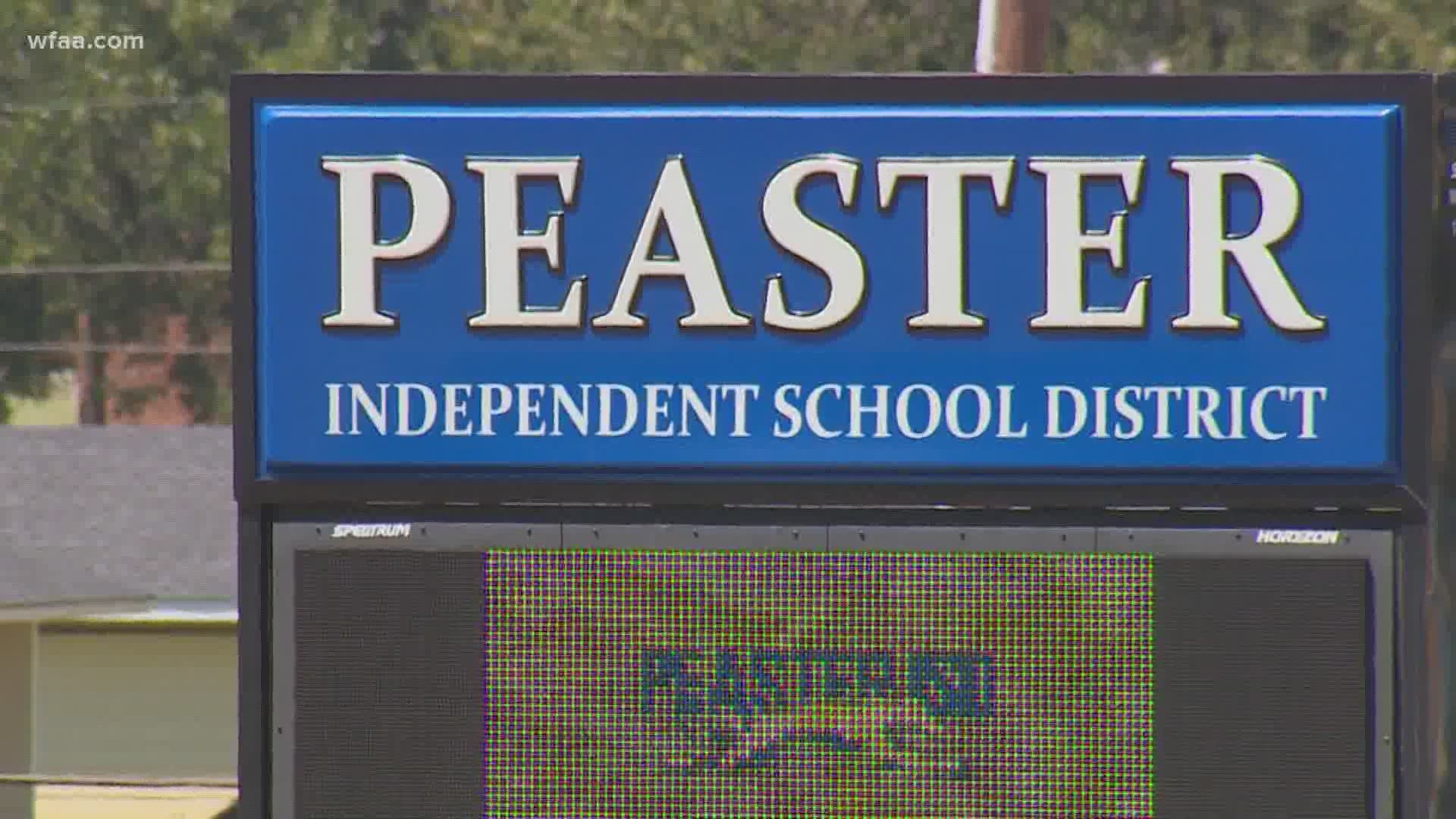 PEASTER, Texas — Peaster ISD in Parker County will go back to school amid the pandemic in a week. But in this district, both students and teachers have a “right to choose” if they wear face coverings, according to an email from the superintendent that two parents shared with WFAA.

Kjersti Powers and her husband Frank have two kids who attend Peaster ISD, which has an enrollment of just over 1,200 students.

The couple says they met with Peaster ISD Superintendent Lance Johnson July 27 to discuss concerns about the district policy.

“We were there for our children only to see if we were going to send our kids back into the classroom,” Frank Powers said.

But the Powers say Johnson refused to wear a mask at the meeting because he wasn’t sick, said he didn’t believe in masks, doubted the effectiveness of vaccines and made racially insensitive remarks.

“I have no better way to put it but [it was] sort of a rant,” Kjersti Powers said. “I was extremely disappointed.”

The Powers are both retired United States Air Force special agents and said they felt it was their duty to file complaints with local, state and federal agencies over the health concerns and the inappropriate statements. The Texas Education Agency confirmed it received a complaint about the district and is now reviewing it to determine what actions, if any, the agency will take.

“We had no choice. You see something. You got to say something,” Frank Powers said. “He thinks he’s above the law and he could do as he pleases.”

Multiple attempts to contact Peaster ISD school board president Mike Bowling, as well as board vice president Robbie Ballard, were unsuccessful. Superintendent Lance Johnson declined an on-camera interview and declined to answer any questions about the complaint and district policies. Johnson provided a statement saying the district does not comment publicly on complaints.

“I was so flabbergasted that this was a school leader who was in charge of our young people and their education,” Kjersti Powers said.

RELATED: The first North Texas kids go back to school in the midst of COVID-19

The Powers say Johnson sent them an email after the complaint was filed apologizing for "any hurtful or inappropriate things I may have said” and wrote that “It is clear that we disagree on some issues we are facing."

Parker County Emergency Management Director Sean Hughes acknowledged the district policy violates Gov. Greg Abbott's order mandating masks with exceptions for those under 10 years old. Hughes said they’re working to get the district in compliance, and he has not heard of any other districts out of compliance in Parker County. Parker County has reported 1,329 COVID-19 cases so far according to Texas DSHS and 19 deaths.

The Weatherford Democrat previously reported Johnson told them: “Safety is our top priority, and we do not believe that our students or staff will be in harm’s way, as recent illnesses have had little impact on our community. We can continue to provide a safe learning environment face-to-face in Peaster ISD, meet the expectations of parent choice from our community and board of trustees, and continue to provide a free and appropriate education as required by federal statute.”

“I’m extremely concerned,” Kjersti Powers said. “You know we have family members who are high-risk and I’m not going to risk that.”

The Powers are hopeful for a change and say their students will be doing at-home learning this fall.