CHARTS: Here's how daily COVID-19 hospitalizations have increased in Texas 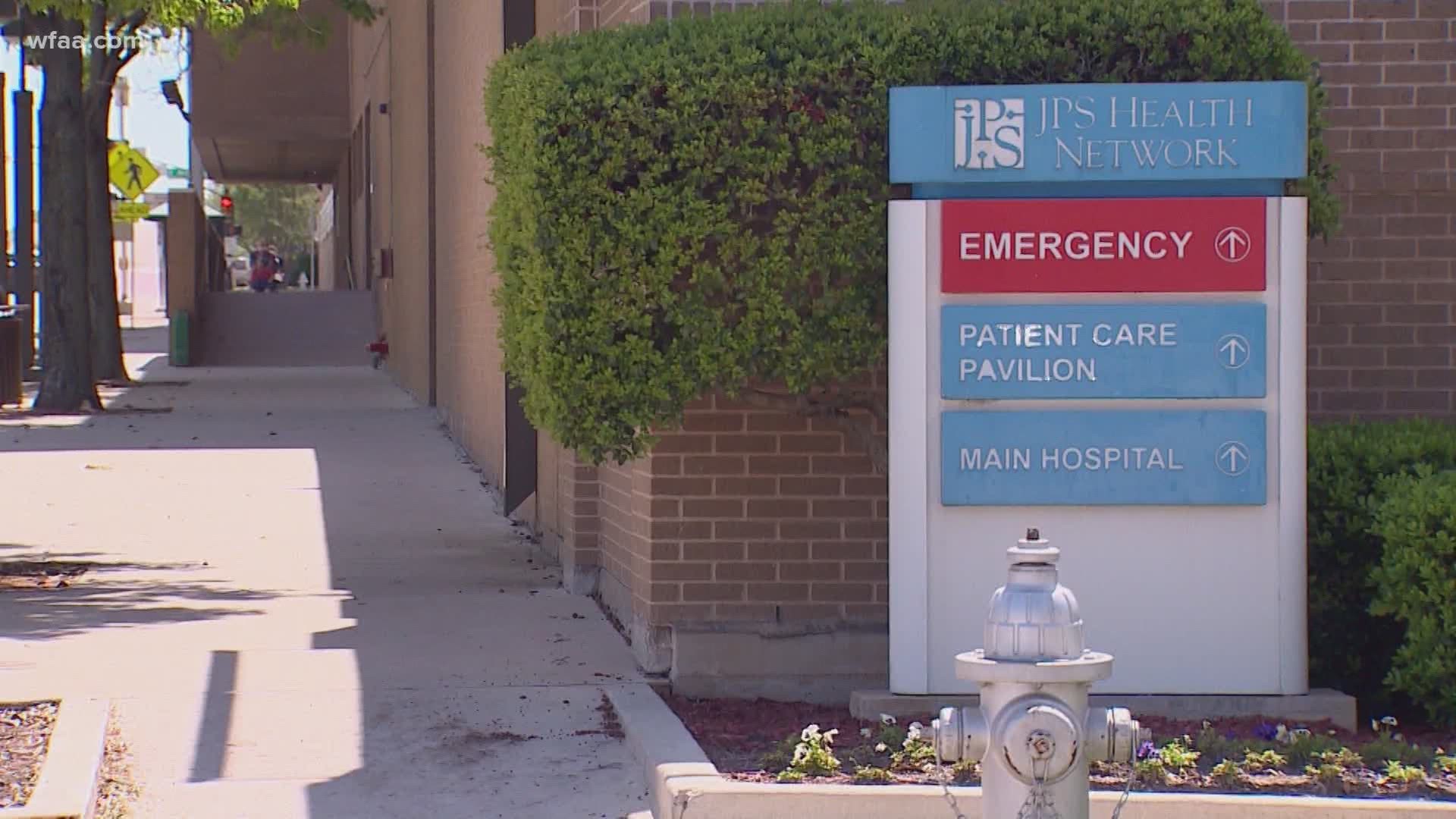 Texas is again reporting a record number of hospitalizations for COVID-19.

On Wednesday, more than 9,600 people were hospitalized with the disease, and the Dallas-Fort Worth area saw a record number of hospitalizations at 1,809 people, according to state data.

The state also reported 98 deaths, another record, up from the prior record of 60 more victims reported Tuesday.

And the state now has a 15% seven-day positivity rate, another high. The positivity rate is the percentage of people tested for the coronavirus who are found to have the disease.

The rate at which hospitalizations have grown since June 1 shows how quickly the novel coronavirus has spread and sickened people across the state.

If this rate of exponential increase continues, in the next two weeks Texas could hit the same number of hospitalizations that New York peaked at earlier this year as it faced well-publicized scarcities and strains on its medical systems.

RELATED: Inside Texas Politics: Austin mayor says based on current COVID-19 trajectory, city could run out of hospital beds in 2 weeks

North Texas accounts for more than 18% of those patients.

Hospitals in the region have seen COVID-19 patients more than triple since June 1, rising from 580 people to 1,704 by July 7.

The region around Houston leads the state in hospitalizations, as it reported about 2,699 COVID-19 patients in local hospitals Tuesday. At the same time, the region is running low on ICU beds, with around 118 currently available, according to state data.

But Houston is not the only region with a low number of ICU beds. Some of the areas around Southern Texas including Beaumont, Laredo and Corpus Christi have seen available ICU beds dwindle down to the single digits, state data shows. And in the region around McAllen, where there are nearly 1,100 patients hospitalized, there are currently 66 ICU beds available.

The increase in cases across the state tell a similar story.

The rise in cases across Texas over the past month has been exponential. June 10 was the first time Texas reported more than 2,000 new cases in a single day.

On June 23, there were more than 5,000 new cases reported across the state.

Then on July 1, the statewide numbers jumped past 8,000 daily cases.

And by July 7, the state surpassed 10,000 new daily cases for the first time as it hit 10,028 more people confirmed to have the virus.

Since tracking began in March, state data shows more than 220,000 people have tested positive. More than 2,800 of them have died.

The virus is more slow-acting, and it can sometimes take weeks between when someone is infected and when they need to be hospitalized for the disease, experts say.

And as cases continue to rise, it is reasonable to expect hospitalizations will follow.