“It was crisis nursing,” said Maybelle Anderson, who is now home after a month in New York City. 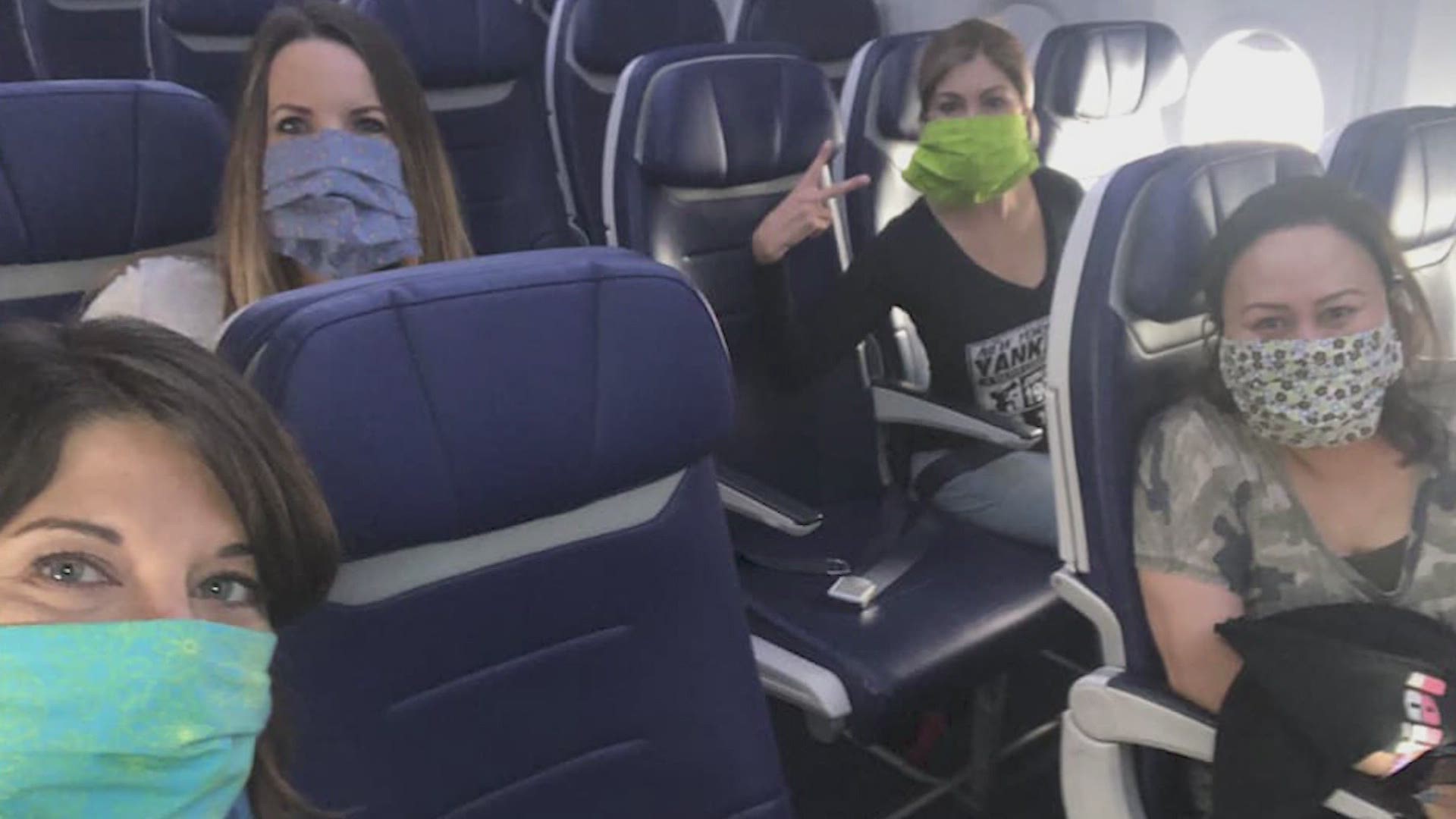 She stepped outside Bellevue Hospital in Manhattan wearing scrubs and a mask and – with sirens wailing – joined WFAA via video chat.

Maybelle Anderson was on the call, too. It had been a week since they had seen each other. And they were happy to reconnect.

“It’s been rough to be home,” Anderson admitted. “It’s been hard to turn it off.”

Anderson flew home to Texas one week ago, after spending 25 days in New York City working in some of the most difficult conditions she’s ever experienced.

“Our facilities were so stacked you couldn’t even access the sinks to wash your hands or the sharps box to throw things away,” Anderson said. “You had to basically maneuver around all the stretchers that were there.”

“It was crisis nursing,” she said.

Waddle is still in the middle of the crisis.

“It’s getting better,” she said. “But the first week and a half we were here it was chaos. There were two staff nurses to 32 patients. We came right whenever it was at the top of the peak. Now you can see the curve kind of flattening.”

Waddle and Anderson graduated from nursing school at Texas Woman’s University in 2012 and they now work together at an endoscopy clinic in North Texas.

When the clinic closed in late March because procedures were considered elective, the friends were furloughed.

They knew their skills as registered nurses could be put to good use in New York City, where the coronavirus pandemic was testing the healthcare system’s capacity to function.

So, they joined a couple of colleagues and flew to the epicenter of the outbreak.

“I don’t think people in Texas can relate to what we saw,” Anderson said. “It was unreal to see the things we saw. It was horrible.”

“And to see those things and think that here they are opening up? No, I don’t think you should go out just because you can,” she said.

They created a Facebook page where they shared pictures and videos of their experience.

Just as the sound of sirens started up again, Waddle said she’s seen plenty of social media posts from friends in Texas saying it is time to reopen the state.

“They fear there’s going to be a second wave here,” she said. “Hopefully that won’t be the case in Texas.”

Waddle calls nursing school at TWU the hardest two years of her life.

“But I feel like for moments like these – history making moments – they really laid the foundation for me to come here and help the best I could to take care of patients that really need us,” she said.

Thursday will be Waddle’s last day in New York.

If she can’t get a test, she plans to isolate herself upstairs to prevent potentially exposing her husband.

Anderson tested negative for coronavirus and, while she’s done her best to isolate herself at home, she admits she couldn’t resist hugging her children.

“I miss New York a lot,” Anderson said. “I feel like I could do so much more. But at the same time, I’m happy to be home.”