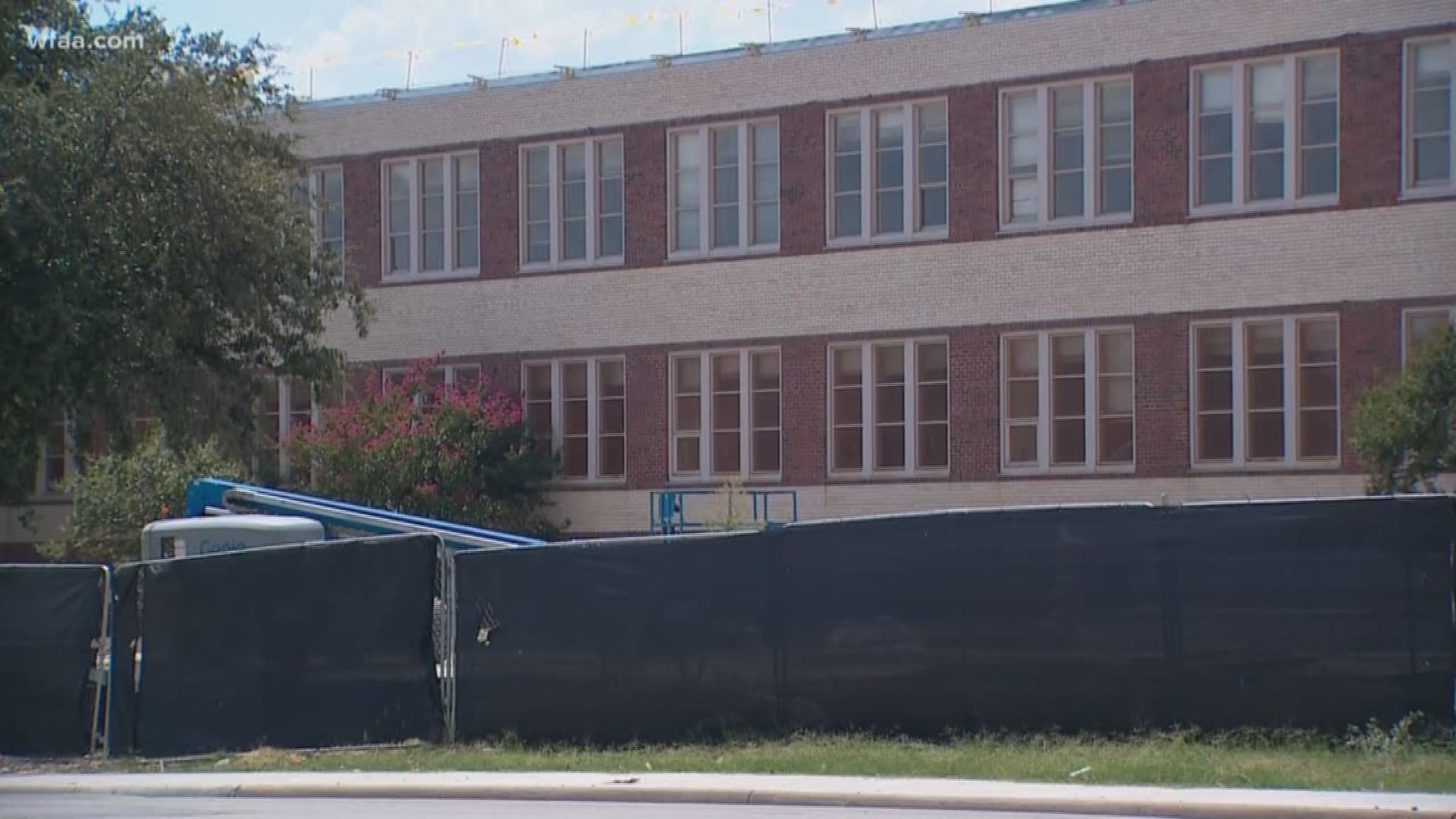 DALLAS — Contractors are hard at work renovating South Oak Cliff High School. The campus has been a construction zone for more than one year.

As renovations take shape at the main campus on S. Marsalis Avenue, Dallas ISD has been busy boasting great news about the school’s recent academic gains and enrollment increases. That’s positive news, given the challenges students have been overcoming being temporarily place at the nearby Village Fair building, due to construction.

However, concerns over Dallas ISD’s handling of South Oak Cliff High School’s renovations had some community members gathering at a meeting this week.

”We are not going to keep playing this game right here,” Toni Johnson told a panel of Dallas ISD administrators.

Parents, alumni, the District 5 Trustee and other concerned taxpayers at the meeting spoke about their frustrations. Some complaining Dallas ISD is dealing with some major equity issues. Several residents said they have issues with the way they believe the school district treats its campuses across southern Dallas, compared to those across northern Dallas.

Johnson asked, "Why are you not talking to the community?"

Some people at the meeting said there has been a lack of transparency and communication between the school district and residents over the South Oak Cliff High School renovations. The meeting got heated at times, as people asked for direct answers from Dallas ISD administrators.

Pastor Maxie Johnson is the newly elected School Board Trustee for District 5. At one point, Johnson told Dallas ISD staff, “I’m going to let y’all talk to them because we’ve been keeping everybody from going Downtown.”

Dallas ISD administrators say some of the controversy stems from disagreements over the building’s façade and whether to use brick or stucco.

A spokesperson said a decision should be made sometime in the next week. They added dialogue between with community members will continue.

Trustee Johnson says inclusion is what the community expects and deserves.

”We care about all of our kids,” Johnson explained. “You have a host of people who are saying enough is enough. We want equity in the southern Sector.”