People from all over the world visit this Dallas record store: JFK aficionados get a look at a notorious phone

From London to Papua New Guinea, JFK aficionados have been traveling to Top Ten Records to get a look at a notorious phone 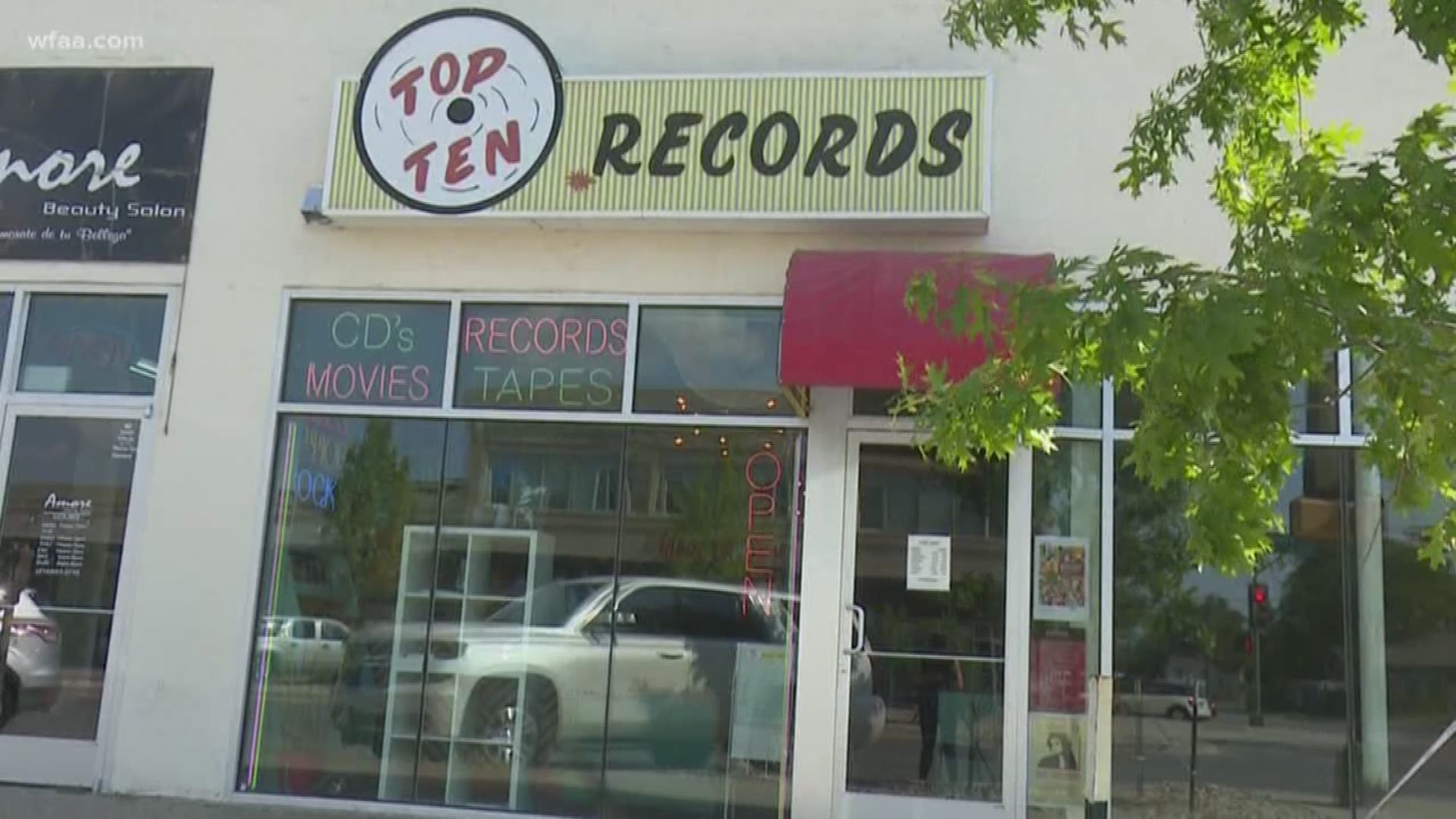 DALLAS — Top Ten Records can't be more than 800 square feet, but somehow Dallas' longest-running record shop has welcomed some of pop culture's biggest names over the years. Most have to do with music, but one notable name does not.

"The Jackson Five have come through and according to lore, Selena was here too. We also have a photo with the owner and Stevie Ray Vaughan," said Lily Taylor, Top Ten Records' operations manager.

The independent record store which opened in 1956 now operates as a nonprofit. It was a mandatory stop for artists promoting new albums in the 1960s, 70s and 80s. Dallas' Stevie Ray Vaughan is said to have perused the blues records as a teen, one day becoming one of the best guitarists who ever lived.

But there's another group of people who come to Top Ten Records and many travel from across the world. They aren't in Oak Cliff to buy a record. Instead, they're looking for a phone.

"We have the phone that Officer J.D. Tippit used before he was shot by Lee Harvey Oswald," Mike Polk said, the former longtime owner of Top Ten Records.

Like many things connected to the JFK assassination, the story of Tippit coming in to make a phone call just minutes before he was killed by Oswald in 1963 has been disputed. But that's hasn't stopped JFK enthusiasts, some from as far away as Papua New Guinea, from coming in to see the phone for themselves.

"Everyone has a different theory. I've stood here and talked to some people for hours about the case," Polk said.

Polk keeps a signed card inside the store. He says it's from Tippit's widow Marie, thanking him for keeping history and her late husband's story alive.

According to Polk, Tippit came in on the day of President Kennedy's assassination in 1963. He asked to use the phone.  Witnesses report he looked flustered and when whoever he was calling didn't answer Tippit walked out and according to the story was killed by Oswald minutes later.

Even though the connection is shrouded in mystery Taylor says that doesn't matter. It still brings people inside the store to connect, share theories and just spend time together.

"It's this strange and beautiful meeting ground," Taylor said.

For decades the mystery behind the JFK assassination has survived and so has this iconic like record store in Dallas.