Fort Worth ISD board delays in-person learning by two weeks

The board also voted to adopt a hybrid learning model for high school students where students would alternate days of in-person learning. 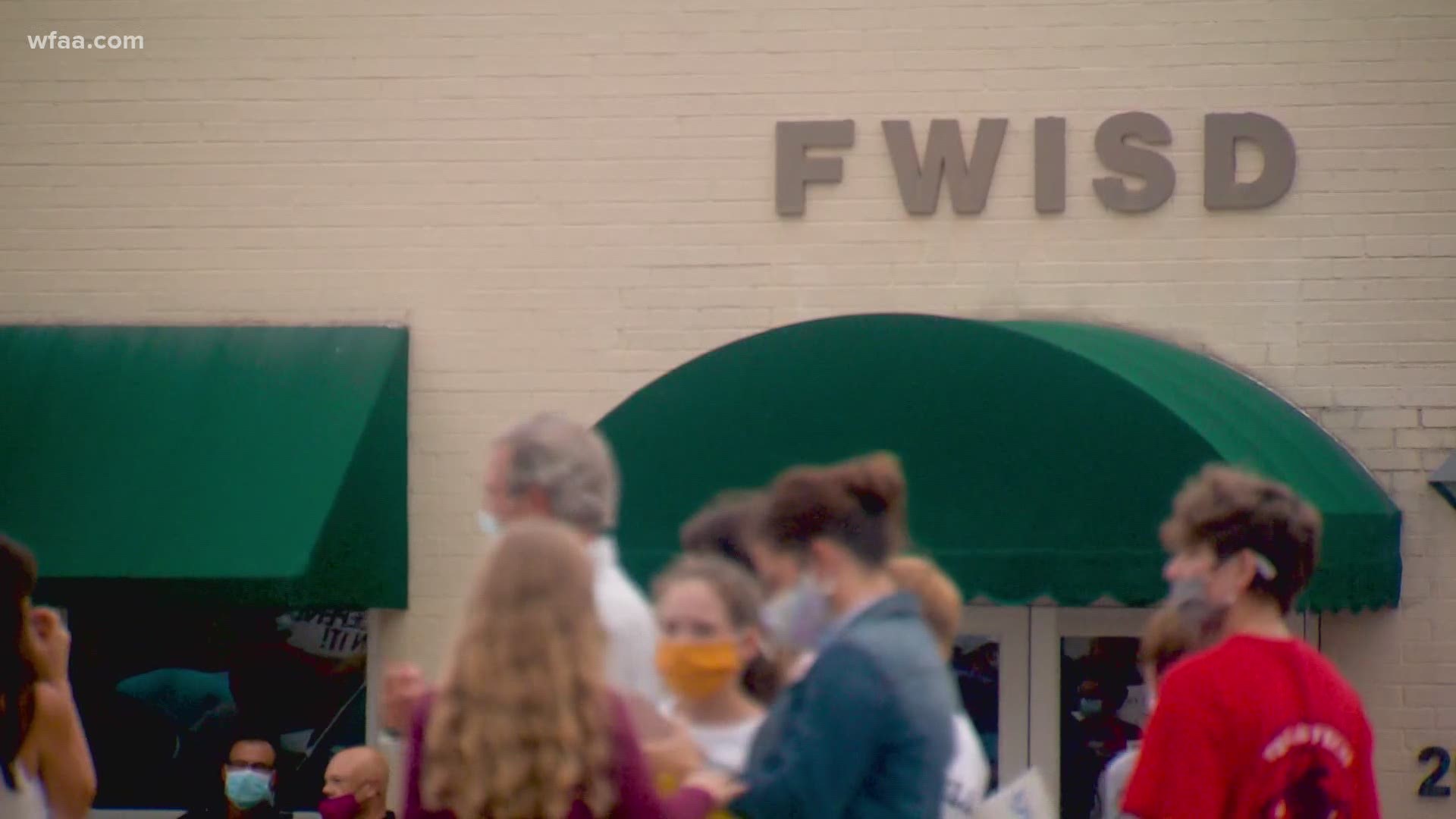 FORT WORTH, Texas — The Fort Worth ISD Board of Education opted to push back the beginning of in-person learning in a 5 to 4 vote Tuesday night. The vote came 10 and a half hours after the meeting began.

Now, schools in the district will plan to begin in-person learning starting Oct. 19, instead of Oct. 5.

The decision comes just a week after the board voted against pushing back that very start date.

“I’d prefer to take the time and let administrative teams do their work,” said Jacinto Ramos Jr., the board's president.

“This is the most important decision we’re going to make as a board,” said Anne Darr, another board member. “We’re having to make decisions about things that can drastically affect people’s lives.”

In Tuesday’s meeting, the board initially voted to uphold last week’s vote after a motion from board member CJ Evans. The board then had to redo its vote because of confusion on what the board members were voting on.

Ramos told WFAA that a board member who originally voted against the virtual learning extension had requested that the item be voted on again.

Even before Tuesday's board meeting, around 150 parents and teachers flooded the sidewalks and street in front of the district's meeting room to protest.

Parents like Emily Chandler are frustrated with the changing timeline.

Teachers at the protest pushed back, saving they have concerns about safety, the lack of a clear district plan and an inadequate supply of personal protective equipment or PPE.

The Tarrant County Public Health Department's ISD Dashboard is still "red" and currently recommends virtual learning only for every district due to a high and increasing positivity rate.

“It’s been red and steady for several weeks, and I’m terrified for myself, for my children, for my students, everybody," said Angela Andrews, a teacher at Dolores Huerta Elementary.

“I don’t want to die from COVID. It’s hard enough for me to keep my mask on for 6 hours a day. How would it be easier for a kindergartener?" said Suzette Musenda, a teacher at Benbrook Elementary. “It’s not that we don’t want them to come to school. We want them to come when it’s safe. There’s no reason that they should be here if the health department says that they shouldn’t.”

There was an immediate negative reaction to the board's vote last week, with the United Educators Association of Texas saying it would "cause a lot of health concerns and a lot of heartache" for staff and families.

"Right now, we're very confused," Blocker said. "It's really hard to champion behind a leadership that has been very wishy-washy."

Blocker started an online petition in favor of starting in-person learning as soon as possible.