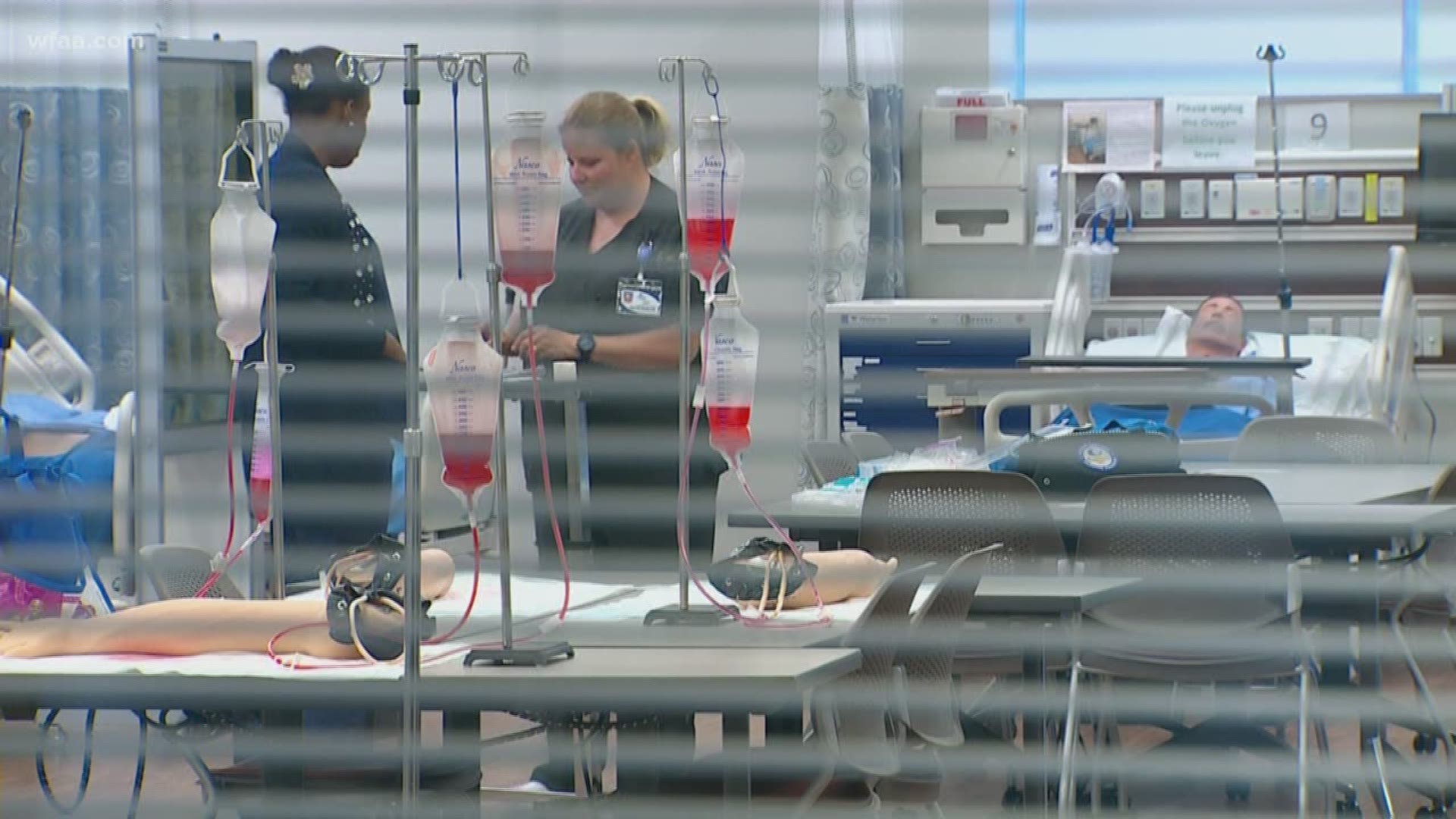 Wilson was in one of the nursing classrooms equipped with mannequins and medical equipment  — a different kind of classroom than she's used to.

"You don't have to go into major debt to get your degree," Wilson told WFAA.

This is a huge deal for one of the largest community colleges in the state with 53,000 students enrolled.

"It's a small city when you get down to it...a good size city," the college's McKinney campus vice president provost Jon Hardesty said.

He said the state legislature first approved [the programs] two years ago. It allowed for community colleges to offer four-year programs. Last week, a regional accreditor gave the final thumbs up.

Hardesty said it was up to the college as to which disciplines it wanted to become four-year Bachelor's degree programs.

"It was essentially examining what the workforce needs were in our area."

Both programs are valuable for the North Texas community: Nursing is facing a historic shortage throughout the country, and Information Technology is a huge sector in the DFW area.

Wilson hopes to one-day work in an emergency room. "They need someone who understands, someone that's compassionate," Wilson said.

And, preferably, someone who is probably not drowning in debt. A community college has a per-credit-hour cost that's less than a quarter of that of any major university.

Wilson wants to be a part of that four-year program when it starts in 2020.

Hardesty says it will be a slow roll-out. It will have limited enrollment for programs that's sure to get lots of interest.

RELATED: Stevens HS grad defies the odds: 'I wasn’t going to be what the statistics said'

RELATED: Fort Worth ISD teacher fired after allegedly calling on President Trump to 'remove the illegals' on Twitter