Lime and Bird encourage riders to wear helmets before they hop on. But, there's nothing that prevents a rider from zipping away without one. 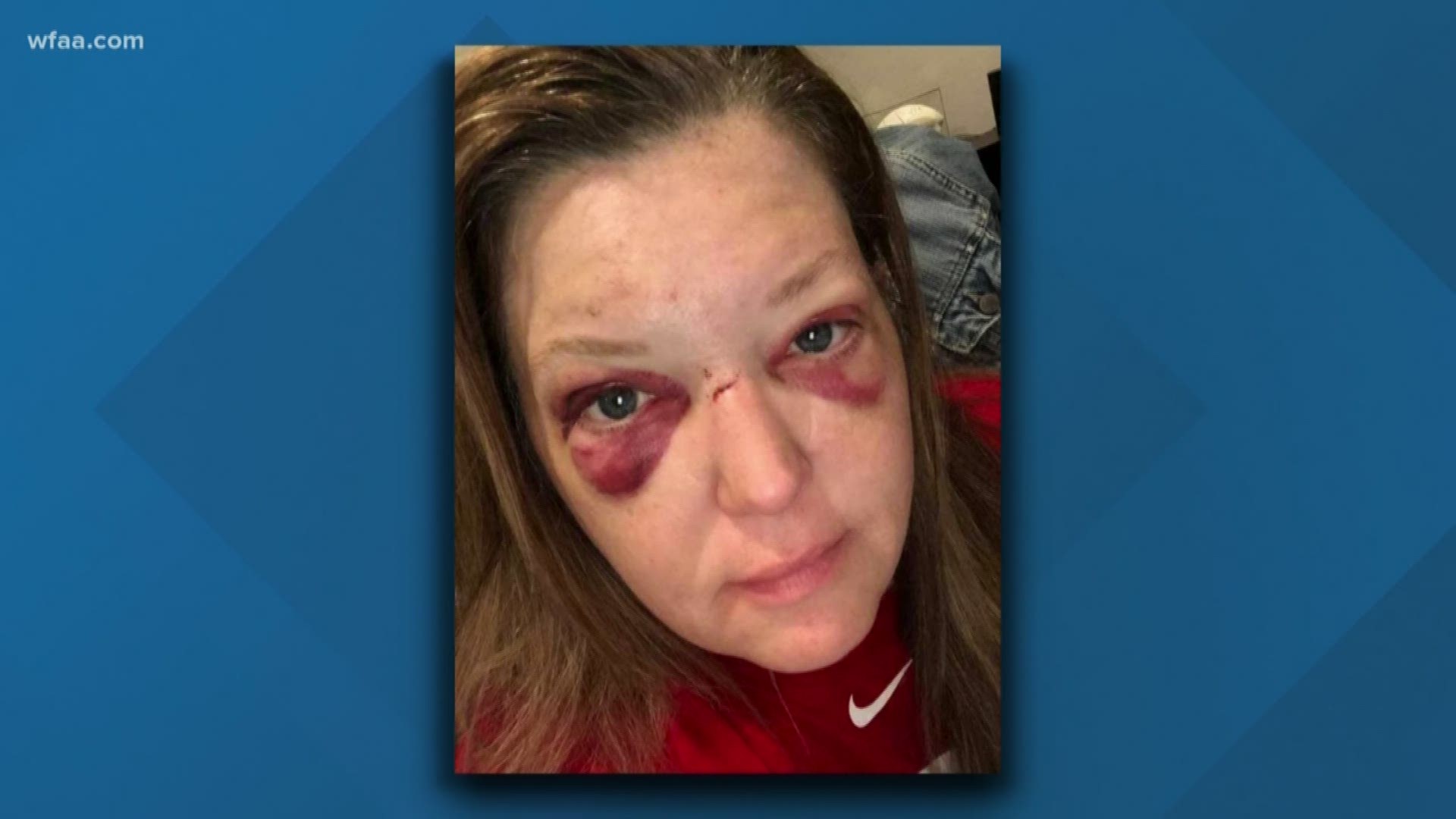 DALLAS—A woman living in Uptown is dealing with some gnarly injuries after she crashed an electric rental scooter over the weekend during her first ride.

The woman, Kelley Mitchum, told WFAA that she was with friends at a restaurant on McKinney Avenue and decided to try out the new mode of transportation that’s taken Dallas by storm.

At the end of June, the City of Dallas passed regulations for bike share companies that many in the city have been asking for.

They also gave the green light to a six-month trial run for electric rental scooters—which travel up to 15 mph after the rider pays a fee.

But, when Mitchum hopped on her Lime scooter—she said that she flipped over it face first whenever she rode over the trolley tracks on McKinney.

“I did a block, and when I came back around I was going a little fast,” Mitchum said. “I hit where the trolley exchanges, and I just lost control and tumbled.”

Mitchum, who wasn’t wearing a helmet, hit her face on the road and had to be taken to the emergency room. Her injuries aren’t severe, but she does have some pretty bad road rash, a gash on her nose, and two black eyes. “It cost me $1.38 for the ride, and probably a couple thousand dollars for my trip to the emergency room,” Mitchum said.

On Monday, WFAA told you about how personal injury attorneys in Los Angeles are handling dozens of cases involving rental scooters.

One attorney in Beverly Hills, Robin Saghian, said he gets 2 to 5 calls a day from people wanting to lawyer up after they crash a scooter.

He said scooter accidents are becoming a common thing, and his phone won’t stop ringing. He also warned that Dallas would start seeing them soon.

Mitchum said that wasn’t hard to believe considering her circumstances.

She said that it’s easy to overestimate the two-wheeled transportation if you’re not careful. Not to mention, there's a lot of bumps in the road (like those trolley tracks) that could cause you to have a spill if you hit them.

“When you hit the cement at 17 miles per hour, it hurts,” Mitchum said.

Lime and Bird encourage riders to wear helmets before they hop on. But, there’s nothing that prevents a rider from zipping away without one.

Not to mention, the only helmet laws in Dallas center around bikes—and even then, only minors are required to wear one.

Mitchum’s advice? Take it slow, and throw on a helmet—even if it’s not attractive or convenient.

“I could have been run over,” Mitchum said. “I know it’s not convenient to get a helmet, but it could be the difference between life and death. I was lucky.”

“Try the scooter out in a parking lot before getting on a busy road like I did," she said.

Lime investigates all accidents with injuries, but Mitchum said she didn’t report hers.

The company told WFAA that it encourages all riders to wear helmets and to obey local helmet laws.