Wylie man, believed to be member of 'militia extremist group,' arrested in connection to US Capitol attack

Federal authorities allege he threatened his own children after the attack, telling his family they would be traitors if they turned him in and "traitors get shot." 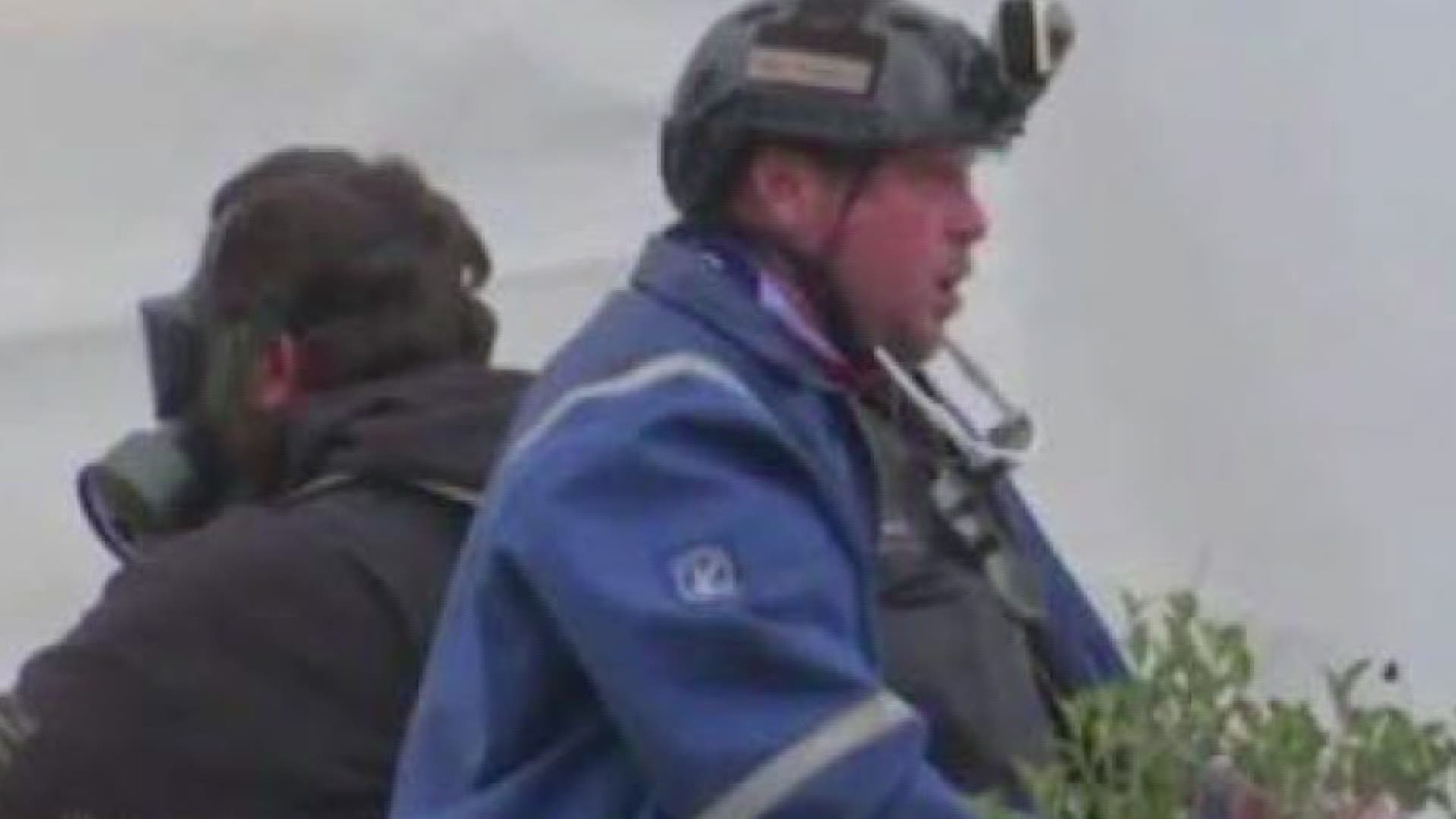 A 48-year-old Wylie man has been arrested in connection to the attack on the U.S. Capitol on Jan. 6, authorities announced.

The FBI arrested Guy Wesley Reffitt on charges of obstruction and knowingly entering a restricted building or grounds without lawful authority.

The criminal complaint and arrest warrant against him were filed Jan. 16.

In the affidavit, an FBI special agent who works with a "squad that investigates narcotics, violent acts and illegal weapons trafficking by gangs" in the Washington, D.C.-area laid out the case against Reffitt.

Authorities believe he is a member of "a militia extremist group," according to the warrant, and allege he threatened members of his family following the attack on the Capitol.

The affidavit states Reffitt can be seen in a video posted to YouTube from Reuters. The video shows the siege taking place outside the Capitol near the scaffolding for president-elect Joe Biden's upcoming inauguration on the West Front of the seat of government.

The warrant notes that both police and the mob had been using chemical irritant sprays towards each other during the attack.

The FBI used that clip, as well as another video clip that aired on Fox News, to identify the man, whom they believe is Reffitt. They did so using his driver's license, according to the affidavit.

The agency also used his cell phone records to place him at the area of the Capitol building on Jan. 6.

The federal agency then conducted a search warrant on Jan. 16 of Reffitt's home in Wylie. He, along with his spouse, daughter and adult son were there at the time the warrant was being served, according to the affidavit.

His son explained to authorities that Reffitt told him and other family members he had gone to D.C. to "protect the country" and that he had brought a gun with him, the arrest warrant stated.

The son also said he knew his father possessed an AR-15 and a Smith & Wesson pistol and saw him bring them inside when he returned home from the drive to D.C. on Jan. 8.

Authorities found both firearms during the search warrant and Reffitt told them he had brought the pistol with him to D.C. but had disassembled it when in the city, the affidavit stated.

Authorities say Reffitt also told them he was at the Capitol, but said he did not go inside.

He had allegedly told his son and others though, that "we stormed the Capitol," according to the document. The son said he had also recorded footage of the events on the GoPro camera he had been wearing on his helmet.

His son told agents that a few days later Reffitt said he needed to "erase everything" because the FBI was watching him, according to the arrest warrant.

Reffitt told his son if he reported his father to the police, he would have no option but to 'do what he had to do' for his country, the son told authorities, according to the affidavit.

When his son asked him if he was threatening them, Reffitt told him not to put words in his mouth, but the son understood it as a threat to his own life, according to the FBI's criminal complaint.

Shortly after that happened, the son told authorities Reffitt then also threatened his daughter while she was using her cell phone to talk to friends.

His son said Reffitt told his daughter that if she recorded him or put his comments on social media, he would "put a bullet through" her phone for betraying the family, the affidavit alleges.

She then asked her father why he was making them choose sides and threatening them.

Reffitt's spouse, who had not been home at the time of his statements, told authorities they were very upset when the son and daughter later explained what had happened. Reffitt had basically told them "you know what happens to traitors...traitors get shot,” the spouse recalled in the affidavit.

The spouse told authorities they didn't believe he would act on his words, but in a later conversation he "did not indicate regret or take anything back," the affidavit stated.

His spouse told Reffitt he couldn't say things like that because he was essentially saying he would kill his family. Reffitt allegedly responded by saying he was trying to protect their family and "if someone was a traitor then that’s what’s going to happen,” the document explained.

His spouse also said he is "super passionate" and sometimes says things he doesn't mean, per the warrant.

The daughter also told authorities she did not believe he was a threat to anyone in their family, according to the affidavit.

Federal officials allege Reffitt tried to stop his family members from contacting law enforcement about a federal offense, an obstruction of justice, in addition to unlawfully entering Capitol grounds.

He was being held in the Fannin County jail.

He joins a growing group of other North Texans who have recently been arrested in connection to the Capitol attack.