The incident began about 3:30 p.m. Monday in the area of Shiloh Road and Northwest Highway. 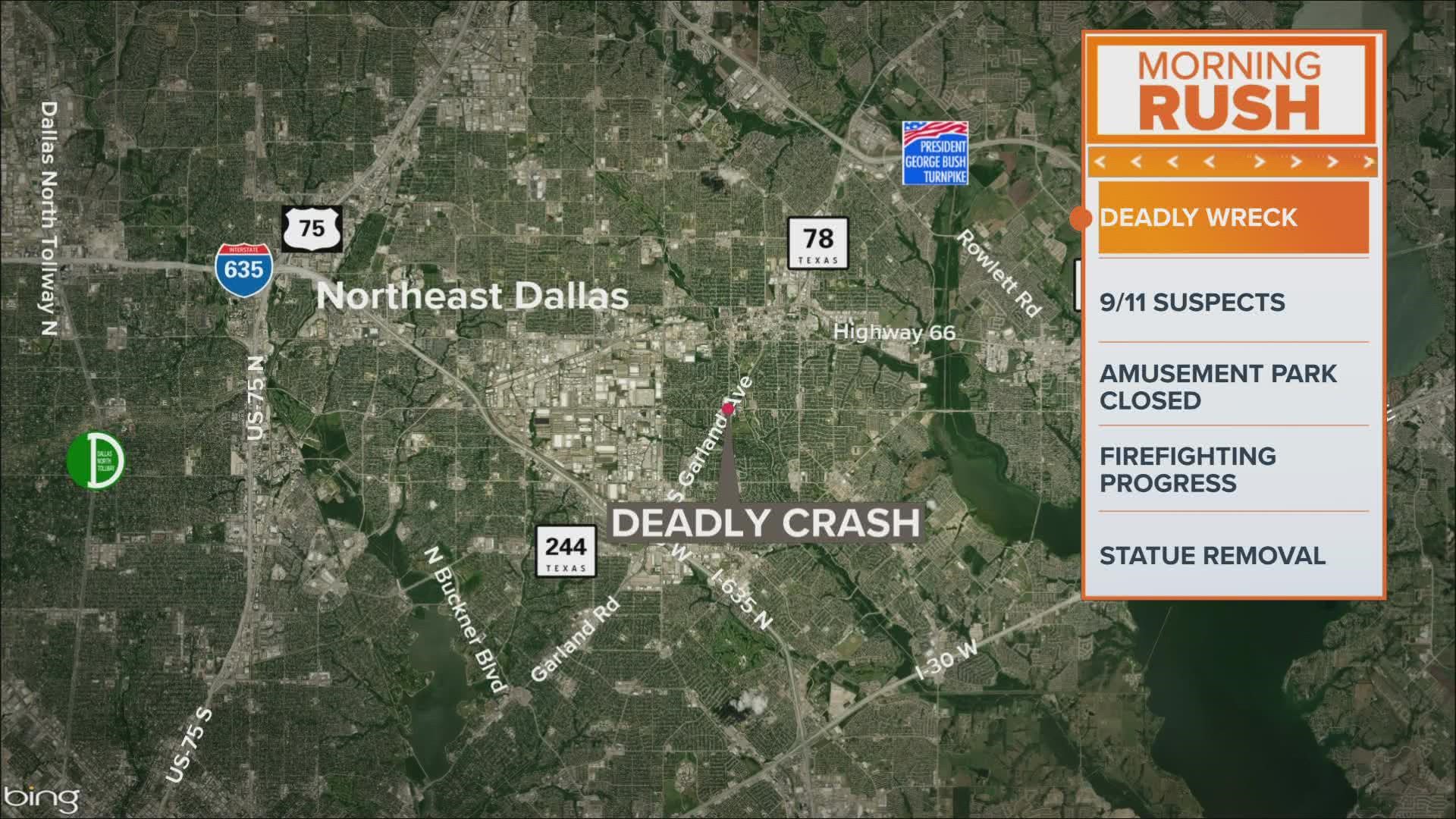 GARLAND, Texas — Updated at 8:10 p.m. Tuesday, Sept. 7 after charges filed against the driver.

A woman was killed in a crash with a driver who was fleeing police in Garland on Monday, police said.

The woman's 10-year-old son was also critically injured in the crash, according to a police news release.

The incident began about 3:30 p.m. in the area of Shiloh Road and Northwest Highway, where a Garland police officer stopped the driver of a Honda Accord.

When the officer found evidence of drugs inside the car, the driver, later identified as Bobby Lee Murphy, 37, sped away, police said.

Police tried to catch up with Murphy, who also had two passengers in the car, but lost him as he drove north on Garland Avenue.

Another officer near Garland Avenue and Miller Road spotted Murphy, who drove through a red light at the intersection and hit a silver Toyota that was heading west on Miller.

Murphy also struck a black Honda CRV that was stopped at the red light at southbound Garland Avenue.

The driver of the Toyota, identified as 28-year-old Karla Rico, died at the scene, police said. Her son was taken to the hospital in critical condition.

Family of Rico told WFAA that they are heartbroken over the loss, calling her a "sweet person" who did not have "a single piece of hate in her heart."

“My sister was amazing," said Liz Rico, the victim’s sister, while asking for people to keep Karla's son in their thoughts. "She always made sure we knew she loved us."

A woman driving the Honda CRV had minor injuries but was released at the scene, police said.

Police Murphy was transported to the hospital with serious injuries Monday. Police said he is still in the hospital Tuesday evening, but is expected to be transferred to the custody of Dallas County.