Instead of arresting individuals for certain crimes, officers will issue a citation to have that person appear before Tarrant County magistrates on a certain date. 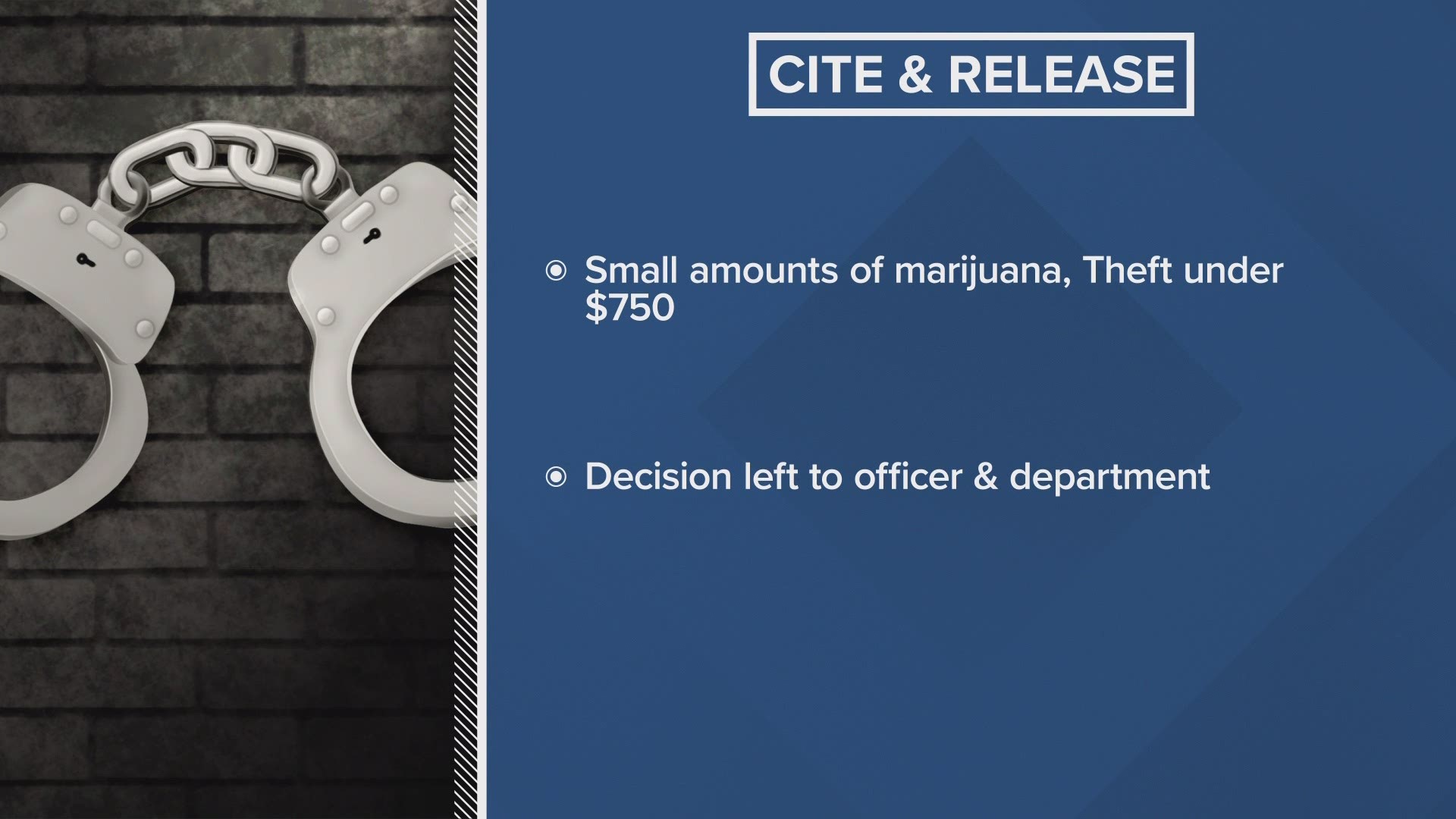 A person detained by police for certain low-level, misdemeanor crimes in Tarrant County could now be issued a citation instead of facing an arrest, after the county made the change under Texas' "Cite and Release" law, county officials say.

“The search for improvement in the criminal justice system is a continual process. Police, prosecutors and courts always seek to improve the fairness, accuracy and speed of the system which benefits all stakeholders, including the accused,” Azle Police Chief Rick Pippins said in a statement announcing the change.

The Cite and Release law, passed by the Texas Legislature in 2007, would allow a defendant charged with some Class A and B misdemeanor offenses to be eligible for a citation, rather than an immediate arrest.

"A custodial arrest is not always the best course of action when trying to balance the best way to handle criminal behavior,” explained Dalworthington Gardens Police Chief Greg Petty. "Cite and Release gives the officer another tool at their discretion to address situations where a crime has been committed but making an arrest is not in the best interest of justice."

County officials said they worked together in recent months to determine how it will be implemented.

Here’s how it works

Instead of the arrest, officers issue a citation to appear before Tarrant County magistrates on a certain date.

When the offender appears for the citation, the magistrate will then notify the law enforcement agency that wrote the citation, which will then file the case with the DA’s Office for prosecution.

Officials stressed that those cited will still face prosecution.

“Offenders who receive a citation will still have their cases filed with the DA’s office,” said Chief Cody Phillips, City of Haltom City Police Department and president of the Tarrant County Law Enforcement Executives Association.

The offender must not have an outstanding warrant for a Class B or higher offense.

What charges are eligible?

“This is just another way to prosecute these cases efficiently," Wilson said.

Where else is the Cite and Release policy in place?

Other Texas counties such as Harris, Dallas, Bexar and Travis already have begun to use Cite and Release.

The Arlington Police Department has also already been training officers on how to use the program, and will be the first to start it on July 1.

"We will support this program by giving officers an additional option to cite and release a person who meets the criteria,” said Arlington Police Chief Alexander Jones in the release. “Officers will also still have discretion on whether to arrest the person and bring them to jail or field release them through this new program for certain qualifying misdemeanors.”

It's up to each department to decide when or if they will participate, and it’s unclear when other departments in the county may begin.

While officers will have the option to cite and release or arrest them, each offense will still be prosecuted.

The Dallas County District Attorney’s office doesn’t prosecute some of the offenses included in Tarrant County’s list. In 2019 after his election, DA John Creuzot stopped prosecuting criminal trespass cases that do not involve a residence or physical intrusion, as well as thefts of under $750 unless the theft was for economic gain. Creuzot also does not prosecute first-time offenders for misdemeanor marijuana possession.

During the pandemic, Fort Worth Police announced they would stop arresting offenders for Class C misdemeanors to protect officers.

On Tuesday, the Fort Worth Police Department said it will start participating in the cite and release program effective immediately.

"We believe the Cite and Release program will be another important step in increasing the efficiency of our officers as we all work together to reduce violent crime and keep Fort Worth safe," the department said in a news release.

RELATED: If you get caught with weed in North Texas, will you be taken to jail? It depends

According to Sansom Park Police Chief Carolyn Gilmore, Cite and Release "may provide an avenue for officers to focus on more critical calls for service."

The policy can also save officers time, jail costs and taxpayer dollars, while using the existing magistrate and prosecution systems.

"It is a win-win for all involved,” Everman Police Chief Craig Spencer said.