If you get caught with weed in North Texas, will you be taken to jail? It depends

Some larger departments either give a citation for possession of marijuana when it is less than a certain amount or give a lesser charge. 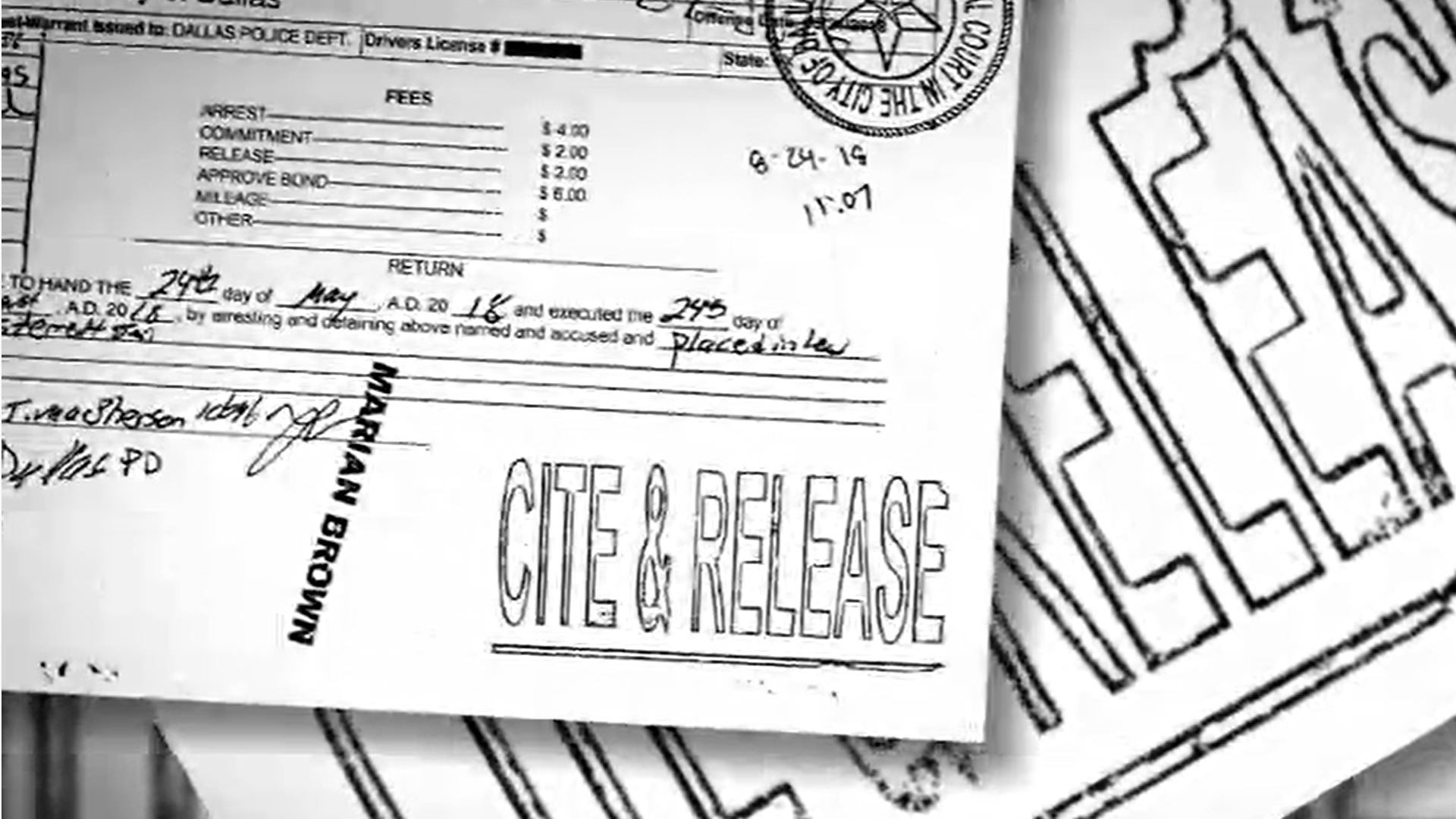 Note: The above video is an WFAA Investigates story from Oct. 2020.

While cannabidiol (CBD) and hemp are legal in Texas, marijuana remains illegal -- but whether a person would end up behind bars for having a small amount in North Texas depends on the jurisdiction.

Some larger police departments in North Texas either give a citation for possession of marijuana when it is less than a certain amount, give a lesser drug paraphernalia charge, or give the officer discretion in the situation.

The departments are changing the way they handle low-level marijuana charges either because of the impact of the COVID-19 pandemic, to free up officers to focus on violent crime, or because of the testing element with the legalization of CBD.

Dallas Police Chief Eddie Garcia approved policy changes for marijuana enforcement, which are scheduled to launch on Monday. The changes hope to lessen the burden and time on department resources as it faces the city's rise in crime.

“In no way is that [openly using marijuana] allowable. To be clear, this [policy change] does not negate any probable cause that our officers have in the field with their duties," Garcia said during the meeting.

Texas law changed in June 2019 to legalize hemp that has less than 0.3% of THC, the psychoactive ingredient in marijuana. Tests have to show whether the substance has more than 0.3% THC when filing charges.

After a review of marijuana arrest costs and trends, the Plano Police Department recently made changes to policy, which went into effect March 29.

Marijuana, for recreational or medical use, is legalized in at least 36 states. Neighboring states like New Mexico, Oklahoma, Arkansas and Louisiana have legalized medical marijuana.

Since the legalization of hemp in 2019, arrests at the Denton Police Department went from 194 arrests for various possession amounts of marijuana in 2018 to a decrease of 136 arrests in 2019 to 24 arrests related to marijuana in 2020. Of those in 2020, 16 were associated with a felony offense.

In 2021, all six marijuana-related arrests have had associated charges, with five of these arrests including one or more felony charges, the department said.

The 2019 law changed prosecutions of marijuana in Texas due to the need for testing to confirm the level of THC.

State law says that possession of less than 2 oz of marijuana is a Class B misdemeanor.

The Plano Police Department's new policies say that for marijuana possession 2 ounces or less, officers can issue citations of drug paraphernalia instead of making an arrest, except when there are firearm-related offenses.

Instead of an arrest, officers can issue citations for possession of drug paraphernalia, a Class C misdemeanor.

With this policy change, offenders are still held accountable for small amounts of marijuana, except the accountability has changed from the county courts to the municipal courts, the department said.

The Dallas Police Department says any usable amount of marijuana is illegal and possession of under 4 ounces is eligible for a cite and release citation. Between 2 and 4 ounces is a Class A misdemeanor.

The department looked at ways to lessen the burden of low-level marijuana arrests, with exceptions such as if an offender has under 2 oz with a firearm or a criminal history of violent offenses then they would be charged.

Possession of fewer than 2 ounces of marijuana will stay a minor offense, but there are multiple exceptions such as if there is an indication of sales like a scale, or hand-to-hand transactions. Possession of less than 2 ounces made up 80% of all marijuana-related arrests in February, the department said during a Public Safety meeting in March.

The Arlington Police Department’s current policy does not allow for citations to be issued for Class B misdemeanors. The only enforcement action officers can take is an arrest, the department said.

Arlington has specialized field testing kits that officers can use to help determine whether the substance in question contains a legal or illegal amount of THC. The presumptive positive result gives officers probable cause to take enforcement action, the department said. The sample is then sent to a lab for confirmation and analysis.

The Garland Police Department says there may be times when citations are issued based on the amount the person has in their possession, but there is no written policy stating the amount; officers are still allowed to make arrests, said Public Information Officer Lt. Pedro Barineau.

“If a person is found in possession of marijuana and they are involved in another form of criminal activity (i. e. a gun charge, possession of controlled substance, etc.), they will typically be charged with the higher offense,” Barineau said. “When it comes to testing, we do test marijuana but not in every case. In those case, we will likely file a lesser charge of possession of drug paraphernalia.”

The Frisco Police Department has given direction to officers that if the amount of marijuana is less than .25 ounces, then it is to be treated as Class C drug paraphernalia.

The Grand Prairie Police Department says each officer has the discretion to make an arrest or issue a citation based on all the surrounding facts and circumstances.

“It is not unusual for our officers to encounter individuals for possessing marijuana and ultimately discovering they are also possessing Penalty Group 1 drugs (e.g. Heroin, Methamphetamine, Cocaine, Fentanyl),” said Public Information Officer Mark Beseda. “They also often recover stolen firearms and evidence of both property and violent crimes.”

“Having said that, our policy also dictates the fact that a minor infraction of the law has been committed is not sufficient reason to justify an arrest. Officers should not only be concerned with what the law says, but with what the law was designed to accomplish,” Beseda said.

“Laws generally serve as the tools given peace officers to be used to protect residents' rights and to maintain peace in the community," Beseda said. "If enforcement of the law does not serve these purposes, arrests can rarely be justified. In short, an arrest is not the primary or exclusive method available to officers of our department.”

Fort Worth Police Department tweeted in November that it is currently treating marijuana cases as suspect cases and seizing suspected marijuana to be tested at a later date. If tests conclude the substance has more than 0.3% of THC, then the department will obtain arrest warrants and proceed with charges.

There has been more support for marijuana legalization in Texas, according to a recent University of Texas/Texas Tribune poll.

But it still remains a challenge for law enforcement to test someone for being under the influence of marijuana while driving. Another issue is the possibility of it getting in the hands of children.

“Marijuana is an illegal drug that poses a threat to the health and safety of our residents especially our youth,” said Chief David Shilson in a statement.

There were two bills filed in the current Texas legislature: one to legalize medical and recreational use of marijuana and one filed for medical use. However, changes in the state's marijuana laws still face opposition.

"The handful of legalization proposals filed in recent years have received little to no attention from lawmakers," The Texas Tribune reported. "And even less controversial measures, like lowering criminal penalties for marijuana possession, have fallen flat in the Texas Senate."