Police said the suspect, 27-year-old Christian Morales, admitted to having a previous "intimate dating relationship" with the victim 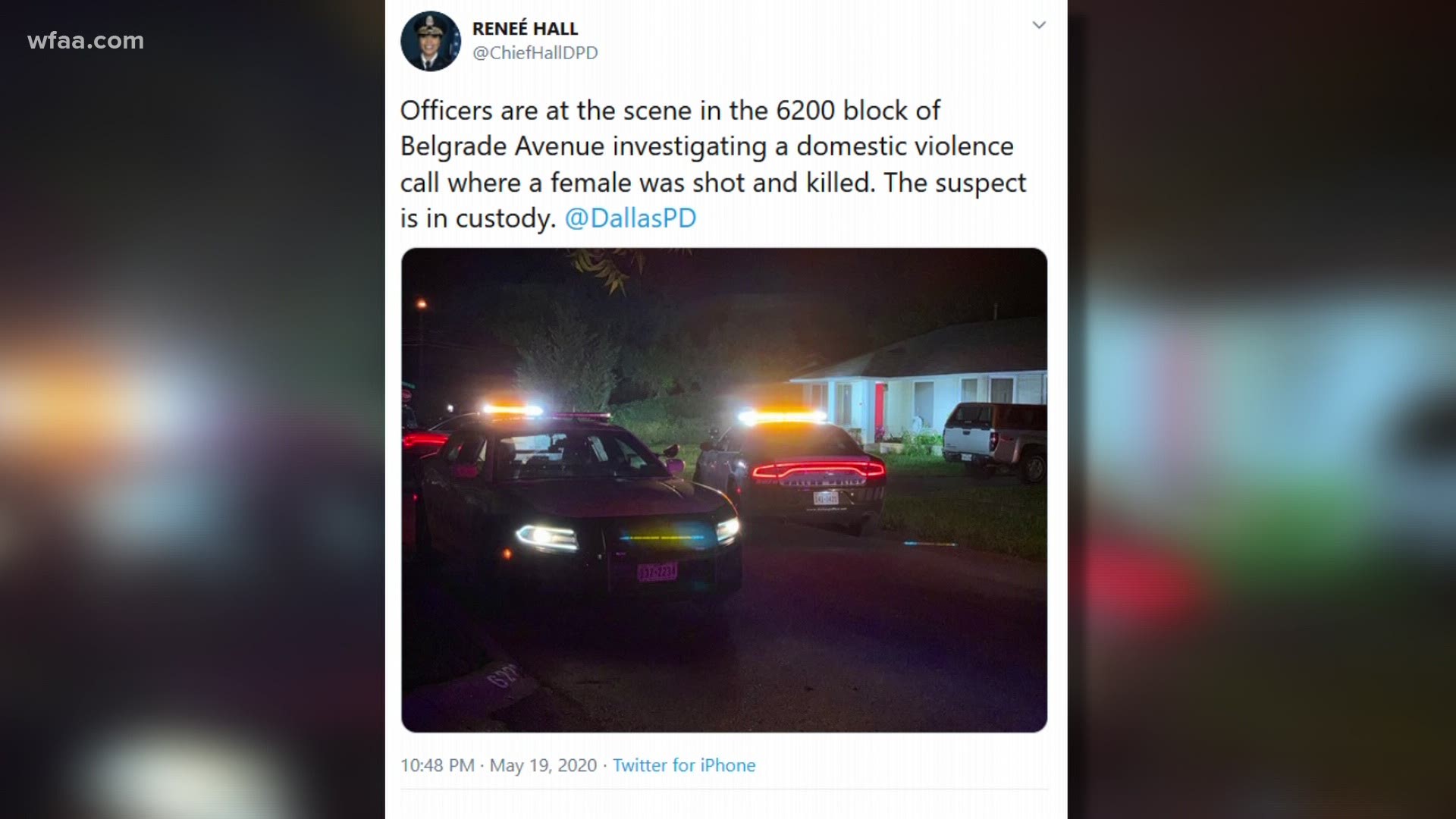 DALLAS — A man fatally shot a woman, who he says he previously dated, and injured another man during a domestic violence incident Tuesday night in Dallas, police said.

During the incident, four children and two adults were safely rescued, police said.

Christian Morales, 27, was arrested and booked into the Dallas County jail. He faces two charges: first-degree murder and aggravated assaulted. His bond is set at $500,000.

At about 8:07 p.m. Tuesday, police responded to the home in the 6200 block of Belgrade Avenue after a report that two people were shot.

Officers at the scene made a phone call to Morales, who was still inside the home.

Officers said as they were on the phone with Morales, they were able to locate four children and two adults inside of a room. Officers were then able to rescue all six of those people through a window, police say.

Officers said one of the adults, whose name has not been released, suffered a gunshot wound. He was transported to the hospital and is currently stable, according to police.

None of the children were harmed.

Officers said they gave verbal commands to the suspect and after 30 minutes, he surrendered to officers and was taken into custody.

According to police, when officers made entry into the house they found the victim, identified as 26-year-old Abigail Manriquez, dead from a gunshot wound.

Police said Morales was transported to Dallas police headquarters, where he admitted to shooting Manriquez and the other adult male. Morales told detectives he previously had an intimate dating relationship with Manriquez.