Fort Worth mom, her girlfriend arrested on capital murder charges in death of 4-year-old boy 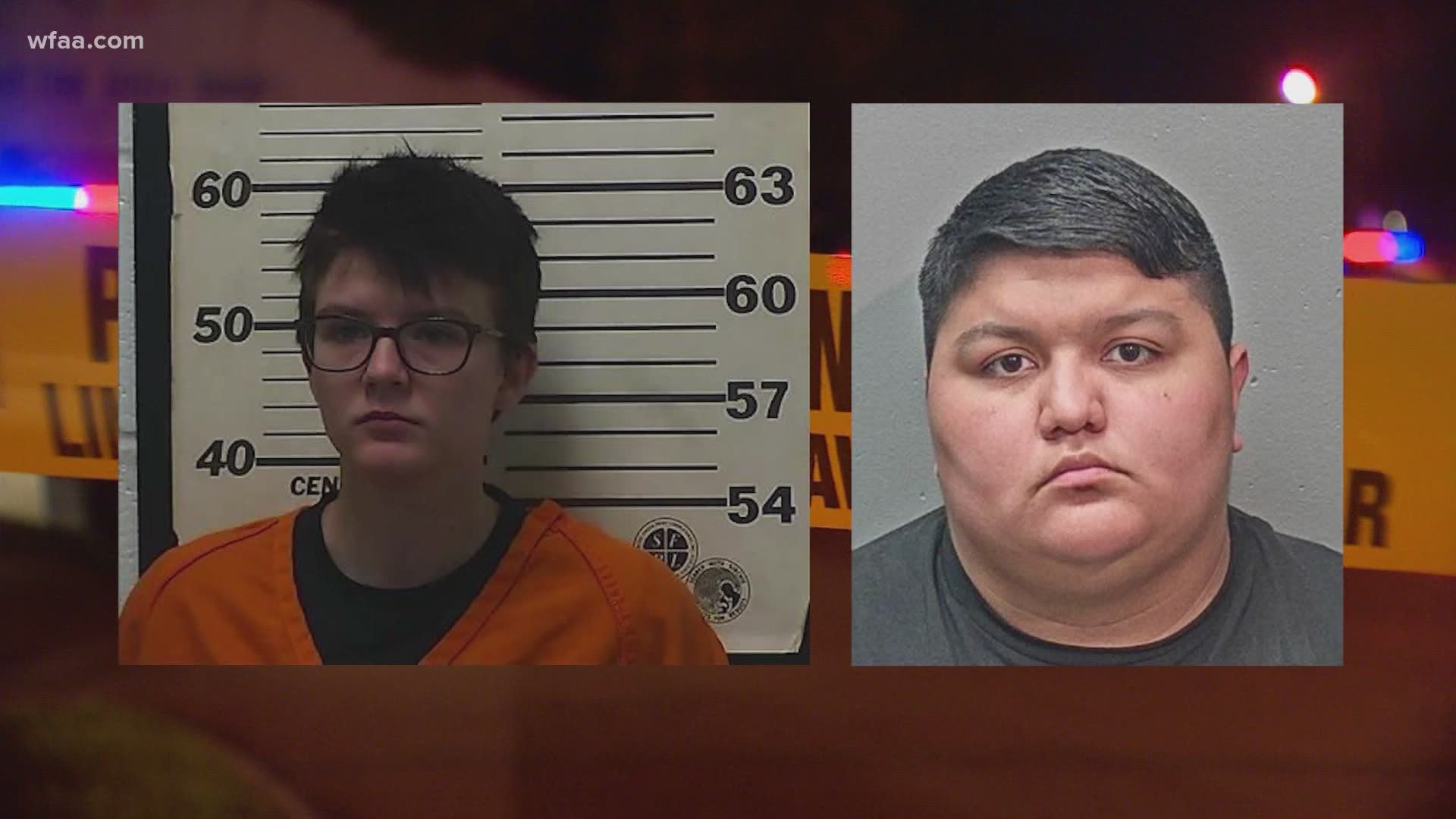 The mother of a 4-year-old boy and her girlfriend have been arrested on capital murder charges in the child's beating death, Fort Worth police said Friday.

Shannon Gray, 23, and her girlfriend Reyna Marie Sanchez, 24, each faces a capital murder charge in connection with the death of Gray’s son, Stetson Blackburn.

The initial investigation began around 4:35 p.m. on March 19 when officers were called to 3313 Bonaventure Blvd. in response to a 911 call saying a child was unresponsive and not breathing.

The child, Stetson, was transported to Cook Children’s Medical Center and was pronounced dead two days later after being declared brain dead.

Arrest affidavits for the women detail how they beat and repeatedly hit the boy on his body and his head. Family members also told police that they had seen Stetson with bruises in the past, the records say.

She said vs. she said

On March 19, the day Stetson was rushed to the hospital, the Fort Worth Police Crimes Against Children Unit detectives responded to Cook Children’s to interview Gray and Sanchez.

According to an arrest affidavit, Sanchez initially told a detective that after returning from her sister’s home around 3:30 p.m. that day, she put Stetson and his 3-year-old brother down for a nap and two minutes later, Stetson was gasping for air, according to arrest warrant affidavits.

Sanchez said Stetson had vomit, food and blood coming from his nose and mouth. She said Stetson “was bleeding from everywhere,” so she put him in a cold shower, the records say.

Sanchez said when Stetson still didn’t respond, she started CPR and shining a light in Stetson’s eyes. She later called Stetson’s mother, Shannon Gray, and didn’t call 911 “because she wanted to see if it was going to be something small,” according to the arrest affidavit.

Sanchez told the detective that she didn’t discipline Stetson and “did not lay a hand on him.”

The detective then interviewed Gray, who immediately stated that “it was her fault she let this happen,” according to arrest records.

Gray said she left for work around 8:30 a.m. and everything was fine with Stetson. She said Sanchez called her around 4:10 p.m.saying Stetson was unresponsive.

According to the arrest affidavit, Gray said Sanchez told her Stetson was “acting like he was last night” and when she arrived home, Stetson was lying sideways, limp and wouldn’t respond. She began CPR and called 911, police records say.

Gray told authorities she gave her son an “ass-whooping” the night before. She said she spanked Stetson with a belt at least 35 to 40 times on the butt and Sanchez told her to hit Stetson in the head, the records say.

Gray proceeded to hit Stetson in the head at least 20 times before stopping and putting him in a cold shower.

RELATED: 'We can not wait to sound the alarm bells,' says Cook Children's doctor amid increase in child deaths during coronavirus quarantine

Gray said that Sanchez made Stetson raise his hands above his head as he showered, and when he didn’t dry off fast enough, Sanchez kicked Stetson in the stomach, according to the affidavits.

Gray said Stetson “screamed and stiffed up.” And she told Sanchez they needed to take him to the hospital, but Sanchez told her they couldn’t do that, the records say.

Gray confessed that Sanchez had abused Stetson on multiple occasions, which included strangling him, hitting him with an open hand and using a belt to hit him in the head.

According to the arrest affidavit, Sanchez later admitted that on the night before Stetson became unresponsive, she kicked him in the ribs, and in the stomach three times as hard as she could because he was only “drying off in one spot” after taking a shower, the affidavits say.

She then admitted to kicking Stetson so hard she hurt her toe. Sanchez also admitted to previous abuse, giving an example that she had lifted Stetson off the ground by his neck, police records show.

On March 22, detectives spoke with Sanchez’s sister, who said that Stetson would have bruises when they would visit. She also recalled a time when she was staying at Gray and Sanchez’s house that she heard “15 pops or slaps” after Gray and Sanchez took Stetson to another room.

She remembered a time where Stetson had a black eye and that Gray claimed Stetson moved when she was hitting him with a shoe, according to police records.

Sanchez’s sister said that the day Stetson was transported to the hospital, he didn’t look well and she believed he was sick. She said that Stetson was holding his head as if he were in pain.

She told the detective that Sanchez FaceTimed Gray, and Gray told Stetson that he needed to "act like a big boy," the records say.

On July 8, the Tarrant County Medical Examiner ruled the cause of Stetson’s death was blunt force injuries with complications and ruled his death a homicide.

On July 27, a capital murder warrant was issued for both Sanchez and Gray.