Dallas Police say incidents of domestic violence are on the rise and a UT Dallas criminologist says a visible spike coincided with local stay-at-home orders. 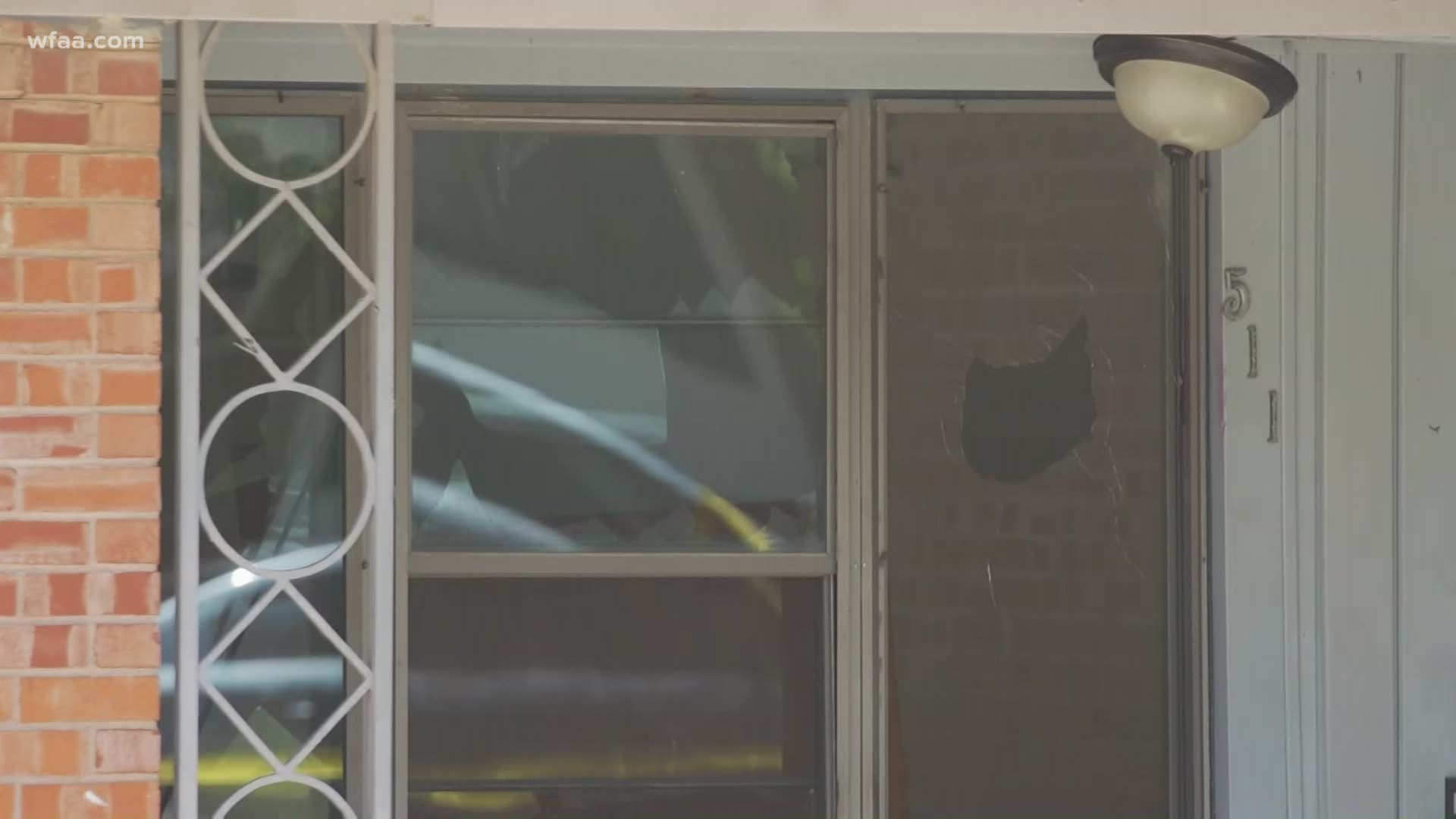 DALLAS — More than 24 hours after a mother shot and killed her daughter, yellow crime scene tape still stretched from the garage door, through the front yard, and across Highcrest Drive.

Detectives say Gates and her husband had been drinking and began to argue early Monday morning.

Police say he called 911 and walked outside the home, but two children were still inside.

During an hours-long standoff with the SWAT team, a 12-year-old boy escaped.

Police say they entered the home after Gates fired at them.

They found the mother and daughter dead.

Dallas police say they have seen an increase in cases of domestic violence in the last three months.

In February, DPD worked 918 cases of domestic violence. In March, the number went up to 1,169 and in April the number of cases reached 1,202.

It is hard to pinpoint one cause of the increase, said Lt. Pollyanna Ashford, who leads the department’s domestic violence unit.

While Ashford said detectives have been hearing the same reasons for incidents of domestic violence that they’ve always heard – financial strain, infidelity, child custody issues, drugs and alcohol – she does believe the added stress of shelter-in-place orders and job losses are likely reasons for the increase in cases.

Alex Piquero, a criminologist at the University of Texas at Dallas studied DPD’s data and says there appears to be a correlation.

He says domestic violence cases increased by 12.5% right around March 22, when Dallas County announced a stay-at-home order, compared to the three weeks before that date.

“We saw a significant spike in the first two weeks after the stay-at-home order took effect compared to the period of time before that,” he said.

“Right at the same time people were losing their jobs, people couldn’t see their friends, they couldn’t go to the doctors. If they had therapist meetings, they couldn’t attend those things, and you had stresses of finances,” Piquero explained.

“It’s probably all of those things compounded at one time.”

The Texas Department of Family and Protective Services said it had no prior investigations involving Gates and the children, but she had previously been arrested on family violence charges.

DFPS said the 12-year-old boy is being placed with a family member.

“The most important thing I really want to get out to the community and victims is to let people know they’re not in this alone,” Ashford said. “I never want anyone to think they’re in this alone.”