Police say Glenn Halfin was known to make racist remarks at the apartment complex, where he allegedly targeted a black family. 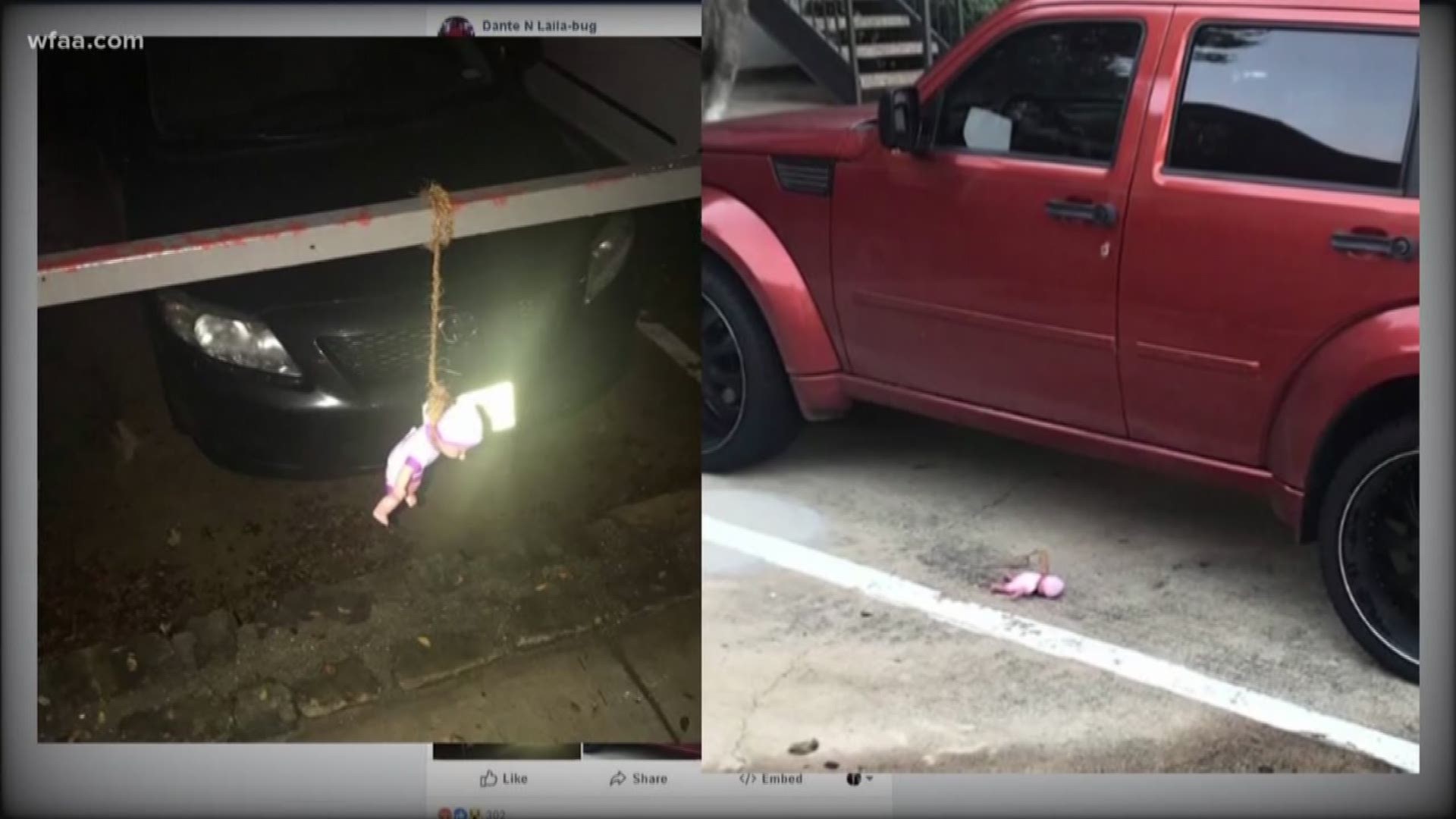 GRAPEVINE, Texas — A white Grapevine man has been charged with stalking after he targeted a neighboring black family in a series of "racially-charged incidents" for more than three months, according to a statement from police.

In reports placed from Oct. 4, 2017 to Dec. 19, 2017, a family at the Colonial Village Apartments reported their vehicle vandalized, "a noose thrown onto their balcony and two instances where dolls were left with ropes around the necks, depicting being hanged."

Police said the last report was made after the family found "a doll hanging from a noose in the breezeway, positioned where anyone walking to or near the victims’ apartment would see it."

According to police, a detective working the case was able to link the victims' neighbor, Glenn Halfin, to the incidents after watching hours of surveillance video from a nearby Walmart that sold similar dolls. The detective witnessed a man, later identified as Halfin, purchase a doll. Detectives said Halfin was also known to people in the complex's leasing office for making racist remarks.

On Dec. 22, 2017, Halfin was charged with stalking with a hate crime enhancement. Authorities say he also faces a federal charge of interference with housing after Grapevine police contacted the FBI.