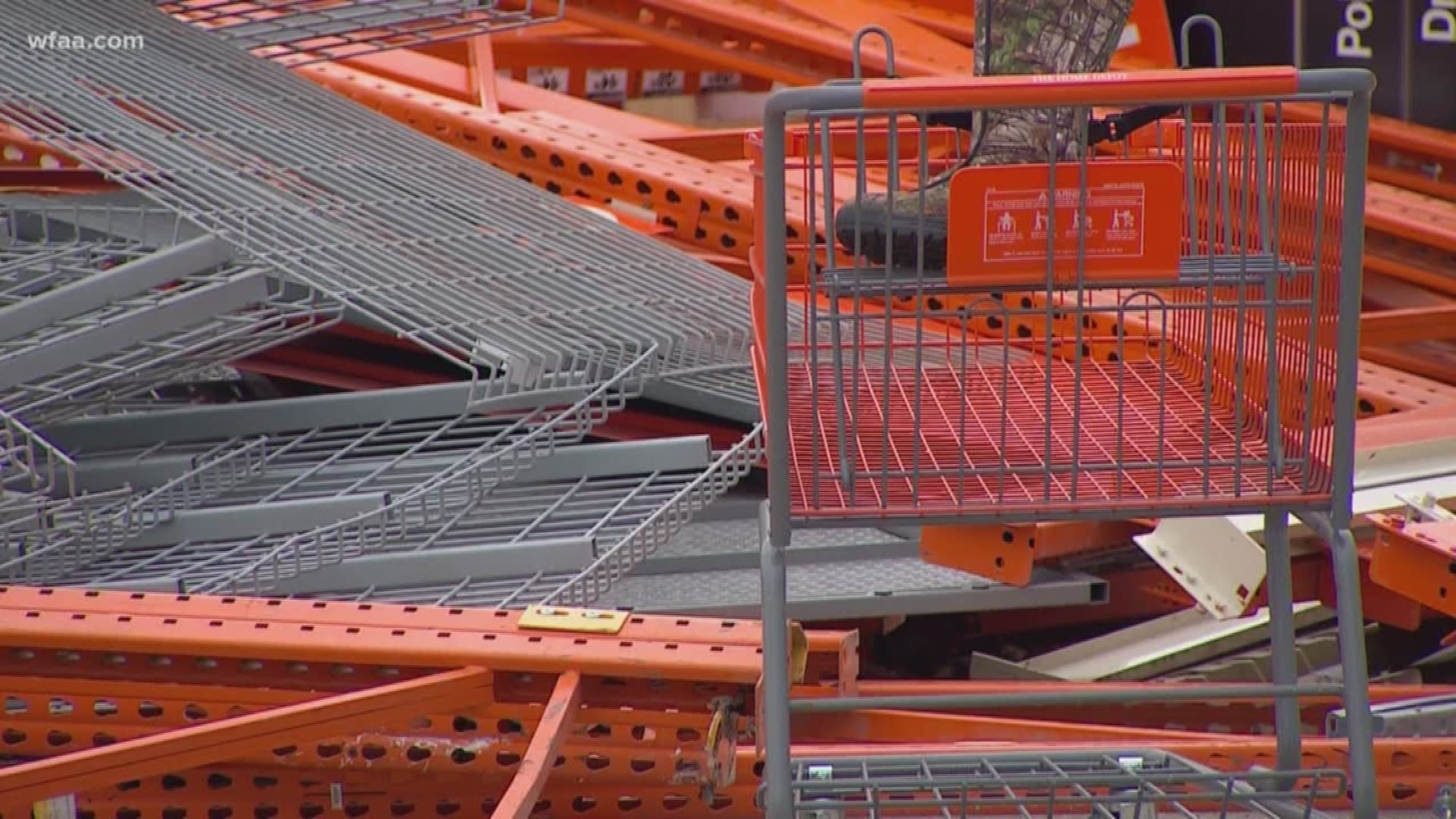 Updated at 4:56 p.m. with updated information of second deputy being arrested. and more information from an arrest warrant.

A Dallas County sheriff deputy who worked off duty to guard the Home Depot destroyed by the tornado in October stole merchandise from the store to exchange for in-store credit at other locations, authorities said.

Bobadilla worked as an off-duty security officer at the Home Depot on Forest Lane, which was badly damaged in an EF-3 tornado last month.

He took items from the store which he would later exchange at another Home Depot location for store credit. He would then buy goods, including appliances, with the credit, according to the Dallas County Sheriff's Office.

According to Bobadilla's arrest warrant, he asked an employee at the Forest Lane Home Depot location on Halloween if the cameras were functional and asked about what type of items could potentially be stolen.

Bobadilla made three return transactions, each while in full uniform, from Nov. 1 to Nov. 7, according to the warrant. In each transaction, he did not have a receipt, so he was given in-store credit. Home Depot estimated Bobadilla stole $2498.57 worth of merchandise, including a washer, dryer and a microwave. Additional stolen items have not yet been located, according to the warrant.

"The Dallas Sheriff’s Office does not condone or support employees that break the law. Our core values are integrity, professionalism and accountability and as a result, we will follow the proper procedures and guidelines in place to uphold the law and ensure the deputy is held responsible for his actions," Sheriff Marian Brown said in a written statement.

Investigators executed a search warrant Thursday at Bobadilla's Garland residence. Investigators could be seen carrying out large household appliances still in the packaging.

Authorities say a second deputy was also arrested in connection with the incident. Sgt. Rebecca Evans was arrested around 3 p.m. Thursday but is expected to bond out of jail.

She faces a felony theft charge in connection with the incident. Authorities say Evans has been employed with the sheriff's office for 16 years.

She was promoted in 2007 after having worked in the jail as a detention service officer, officials say.

Evans didn't answer questions after she bonded out of jail Thursday night.