Chief Renee Hall and her leadership team briefed the Public Safety Committee on crime stats so far this year, and her presentation was met with mixed reviews. 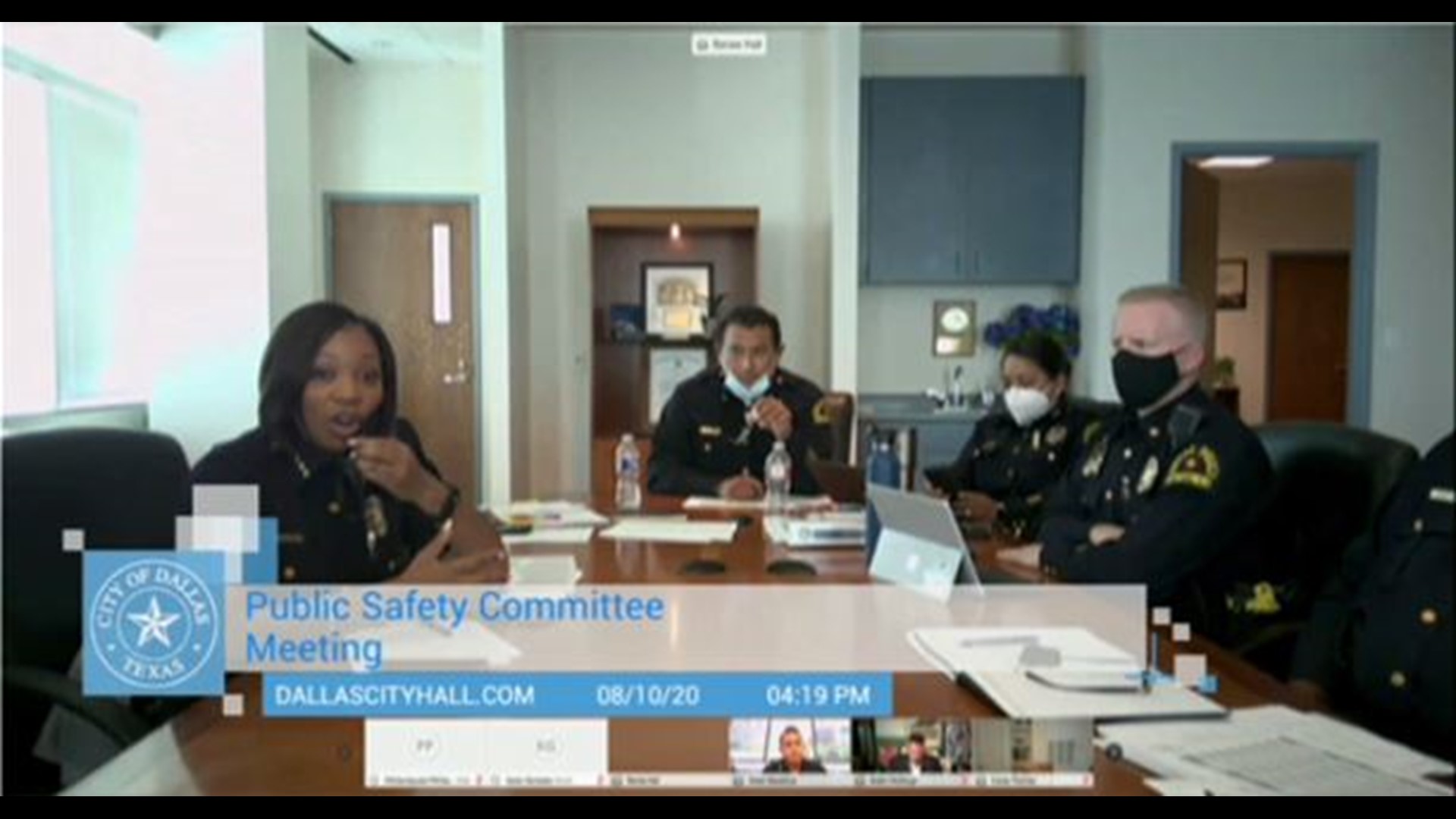 Dallas Police Chief Renee Hall and her leadership team briefed the Public Safety Committee Monday on crime stats so far this year, and her presentation was met with mixed reviews.

Hall’s presentation showed signs of progress with robberies down 25 percent, sex offenses down 21 percent, and homicides staying at roughly the same number they were compared to last year at this time (128 this year vs. 127 last year). Aggravated assaults, however, are up more than 22 percent.

“We have some challenges with our violent crime plan," Hall replied. "I would say that it has internal and external factors and some portions of the crime plan is working, but we clearly recognize that some of the crime plan needs some adjusting,”

“You didn’t answer though, yes or no. Is your violent crime plan working?” Mendelsohn asked again.

“It’s not a yes or no answer,” Hall said. “There are some portions that are working and there are some that need some adjusting.”

Hall said it goes beyond enforcement and arrests. She said several homicides and aggravated assaults are due to conflicts between two people who know each other, something difficult to police.

"You’re never going to satisfy everybody,” King Arnold said. “My community leaders are saying just this. You cannot blame Chief Renee Hall for the crime in this city, nor can you just blame it all on the police.”

But as the council soon begins conversations about a police budget, it appears there’s controversy at the top.

“Chief Hall has been here for three years. She’s had opportunity and support to produce plans and produce results, I don’t think we’ve seen that,” Mendelsohn said.