This weekend alone there were at least 8 shootings that left 14 people hurt. 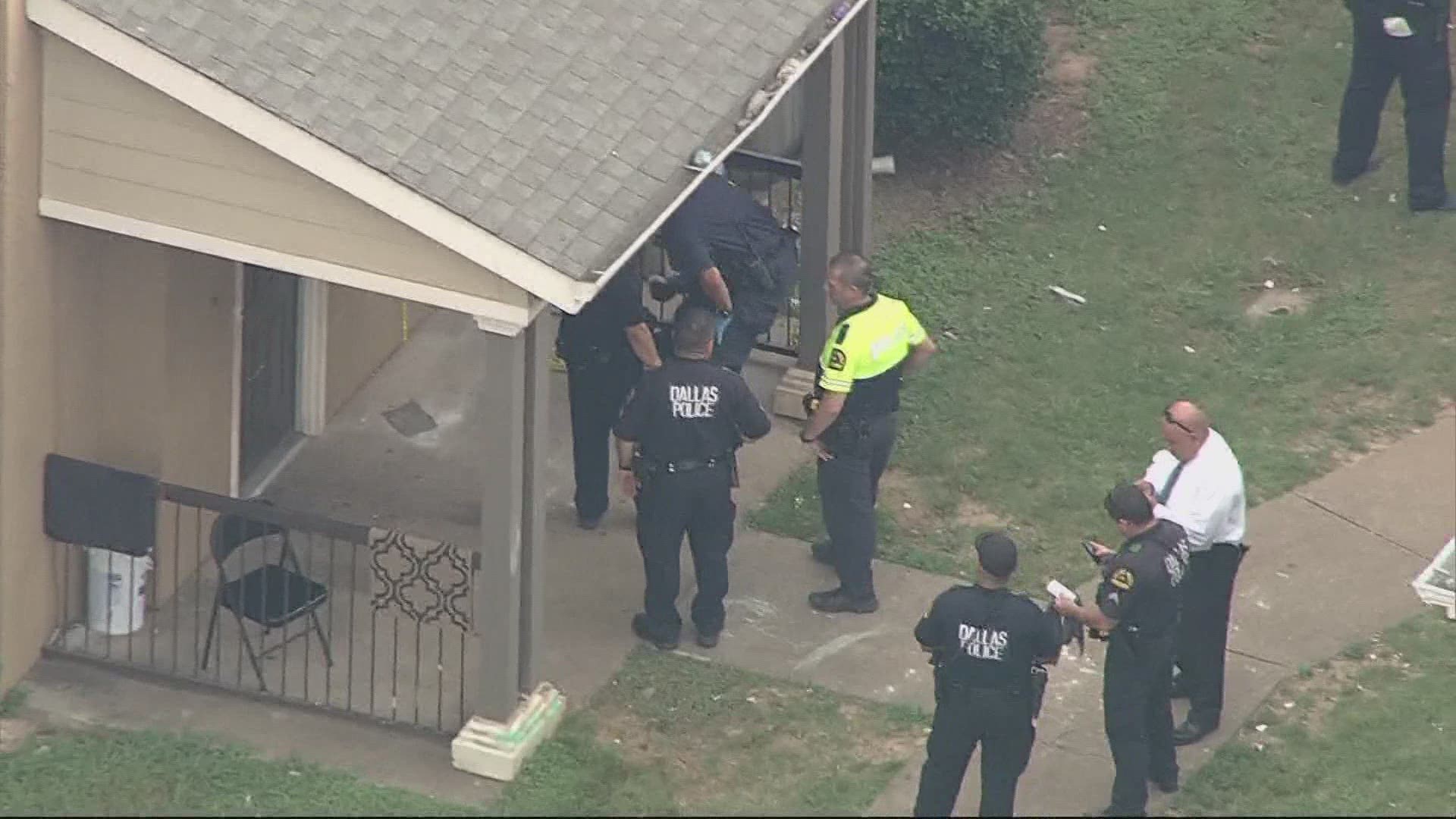 DALLAS — On Monday, a 20-year-old Dallas woman died after an apparent bullet flew through an apartment window and hit her in the neck. It's just the latest shooting in what's becoming a troubling trend of more violence in Dallas and Fort Worth.

This weekend alone, there were at least eight shootings in the city of Dallas that left 14 people wounded. One of the shootings happened at a strip mall. Eight people were hurt, with two of those victims under the age of 15.

Already, Dallas is just under 100 homicides for the year so far, according to crime reporting data. At this same point last year - a record-breaking year for homicides - the city had seen 92 homicides. 2020 ended with 251 total homicides, far more than the 199 recorded in 2019.

WFAA's Alex Rozier spoke with Sheldon Smith, the president of the National Black Police Officers Association. He said he is concerned about rising crime in the short term, but said it could also become a long-term issue, too.

"We’re a city that continues to grow. Our police department has to grow as a result of that as well, and we’re simply not doing that," Smith said. "We’re wanting results as if we had the same number of officers that we had 15-20 years ago."

He added that it’s tough to recruit anyone to be a cop right now, leaving a significant gap. Smith said the department is about 700 to 800 officers short of where they need to be.

"We’ve got 3200 officers and we want to be able to handle the crime problem in Dallas," he said. "Overtime is not going to be able to take care of it, we’re spending overtime where we should have actual officers that are there in place without the overtime."

Smith said if they have more officers, they could have more presence where the most violent crime is occurring. He added that the new gun laws - allowing people to carry without a license - won’t help.

“We are up 10% for murders, we are up 9.21% for family – aggravated and up 3.82% for non-family violence aggravated assault, but of course that’s on top of last year’s increase and the year before that’s increase,” Mendelsohn explained.

She said she has a lot of confidence in Chief Eddie Garcia and his plans to reduce crime, but said she believes it will take a lot more than just the police department to bring down crime. She hopes the new budget appropriately funds DPD.

“There is no question in my mind that the number one job of the city is to provide public safety,” Mendelsohn said.

Along with police staffing challenges, the city also faces staff shortages at 911, which has led to delayed police responses.

“Citizens should be able to call 911, have someone pick up the phone and have someone immediately dispatched when it is a crisis,” Mendelsohn said, while admitting that being a 911 operator is a very difficult job.

"You are constantly listening to people in trauma who are having the worst day of their life,” Mendelsohn said. “And it’s call after call after call. So, I think naturally there’s a high turnover rate in this position and also, we’re probably not paying appropriately.”

Both Cara and Sheldon agree it will take work from city leaders and the community to bring down the crime.

“Overall the officers on the street are working very hard,” Smith said. “We continue to work hard and do everything we can to reduce crime, but we can always use more officers.”