The thefts are forcing many local dealerships to put up deterrents. 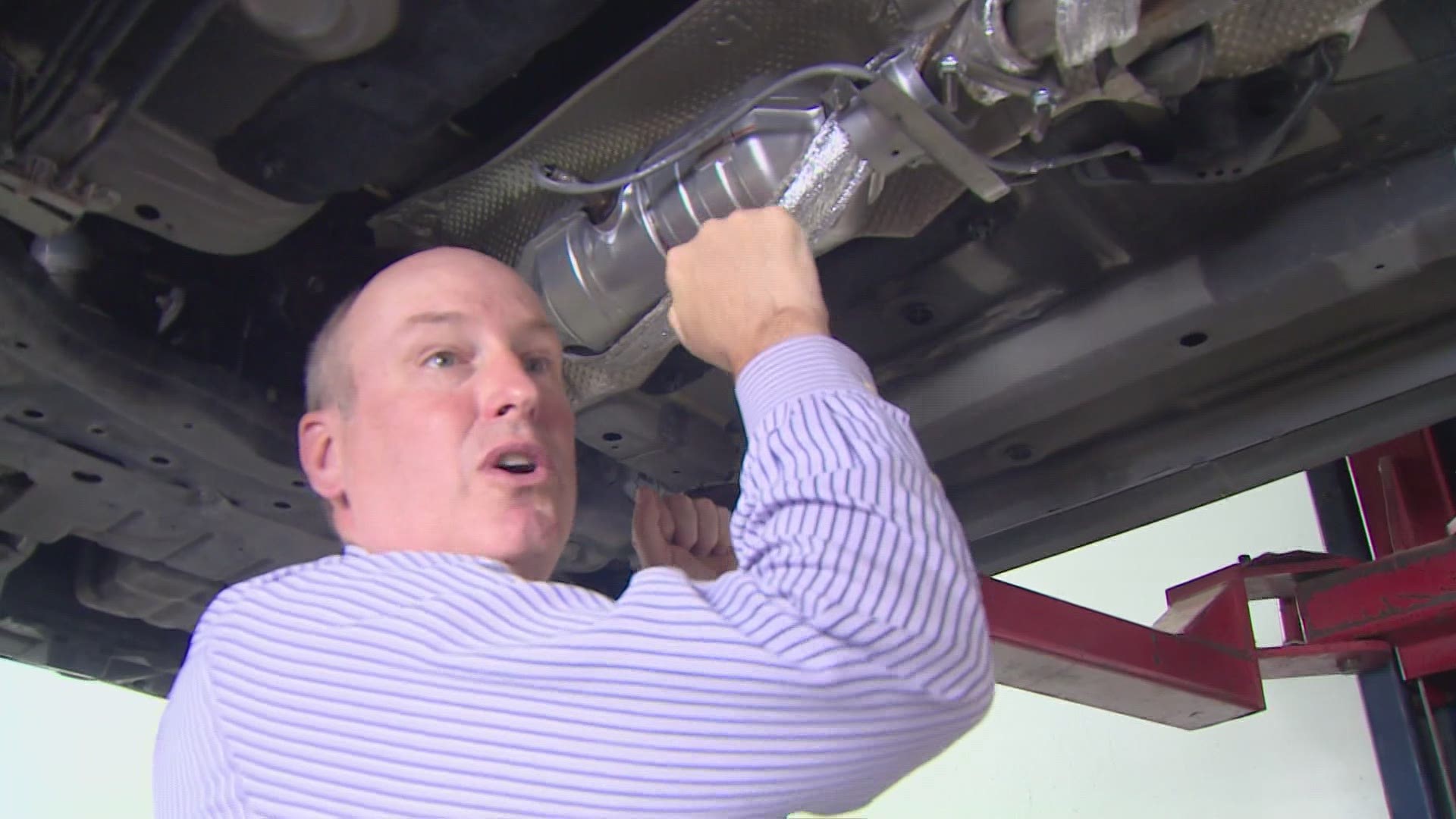 Local dealerships aren't immune and say they are getting hit, too. And for the suspects who are creeping around the dealerships, it’s like hitting the lotto - more like one stop shopping.

Now, some dealerships are having a hard time getting the parts replaced, because of parts shortages.

Owner of Don Herring Mitsubishi in Irving showed WFAA car after car that had their catalytic converters stolen.

In surveillance video, you can see a suspect strategically pull up to the lot where it’s dark.

“You never even see the back of the truck," Herring told WFAA. "I can tell it’s a brand new Ford pickup truck. It’s an expensive, nice truck."

Does this sound too familiar to you?

It’s a crime we’re reporting on far too often, catalytic converter thefts. For 1 suspect, he hit the Don Herring Mitsubishi in Irving.

Herring said a neighbor heard the sound of a saw, and confronted the suspect, told him to stop and called police. Despite that, according to Herring, the suspect kept going from car to car.

“About a minute per cat,” Herring explained, adding that it also happened at the Plano and Dallas locations.

Now, many local dealerships are putting up deterrents. Herring showed WFAA what is now being tied into the catalytic converter.

“It bolts on before and after the catalytic converter," he explained, pointing out the new secures. "It’s got rods, and you can’t cut through them with a saw."

It cost about $2,000 to fix each car, but even getting the parts has been challenging.

There are deterrent straps that dealerships are now putting on the catalytic converters.

Despite that, thieves are cutting through the straps.

Now, some local dealerships are having a hard time fixing the cars, because of the shortage in parts in Japan and Taiwan.@wfaa pic.twitter.com/5g87uVUDdw

It all comes at a time when business was already hurting. Between the pandemic and, now, a microchip shortage, Herring said, his dealership can't even sell SUV’s.

Herring said there are only a couple of suppliers around the world that sell the chips.

“The largest one in Japan burned down earlier this year. The second-largest one in Taiwan requires a lot of water to make these chips - they’re having a drought in Taiwan,” Herring explained.

He said he just wishes the suspect would have made a better choice.

“I wish the suspect found a new way to make a living," Herring said. "There has to be an easier way than sawing catalytic converters off of cars,” said Herring.

Meanwhile, police are asking the public, if they hear something, like the sound of a saw, to call police.