Rosalyn is a 2-year-old Mastiff who assists as a medical alert dog. 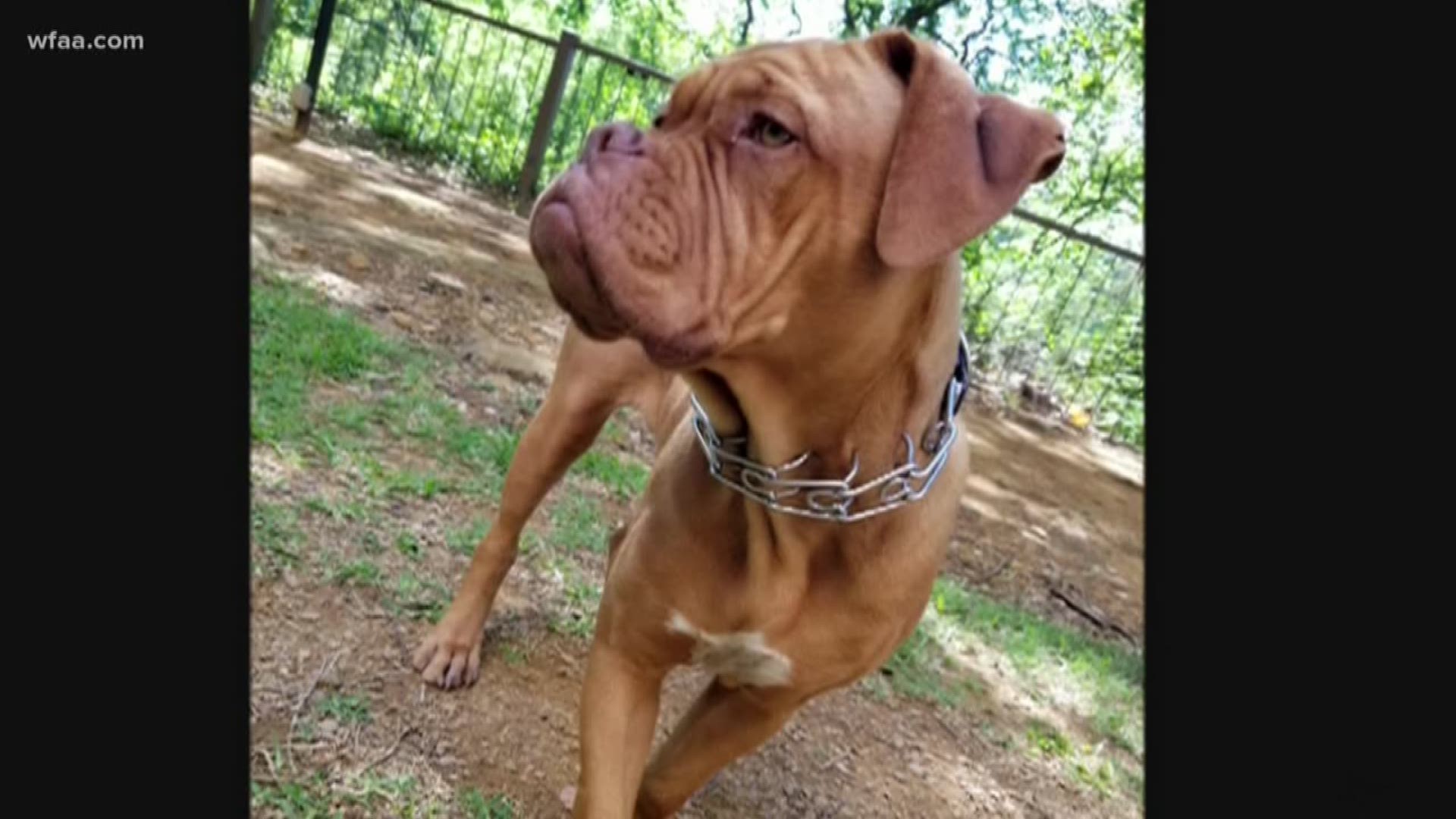 ARLINGTON, Texas — Updated with quotes from Emmanuel Bernadin and with news of a possible reward for anyone who finds the person who kidnapped this dog.

Arlington police are asking for help reuniting a local veteran with his service dog.

Police say 2-year-old Rosalyn was stolen during a home break-in on Oct. 19.

Authorities say Rosalyn is a Mastiff who assists veteran Emmanuel Bernadin as a medical alert dog.

Bernadin told WFAA Sunday he is a combat veteran who served in Iraq and Afghanistan.  He is a public speaker and advocate for other veterans, and he has had Rosalyn for the last two years.

He said Rosalyn received extensive training for her role as a service dog, and he relies on her for physical and mental health needs.

"Kind of when I check out at night or might be having one of the episodes, she's able to help me get out of it," Bernadin said.

Anyone with information about the break-in or Rosalyn's whereabouts is asked to call Arlington police Det. Kate Phillips at 817- 459-6482.

On Monday, Arlington police said a local business owner has partnered with Crime Stoppers of Tarrant County to offer a $5,000 reward for any information leading to an arrest.