Rooted: Jessica Washington reveals how she overcame insecurities to embrace her natural hair

Jessica Washington shared her hair story and how she found confidence in her natural hair after going through the "big chop." 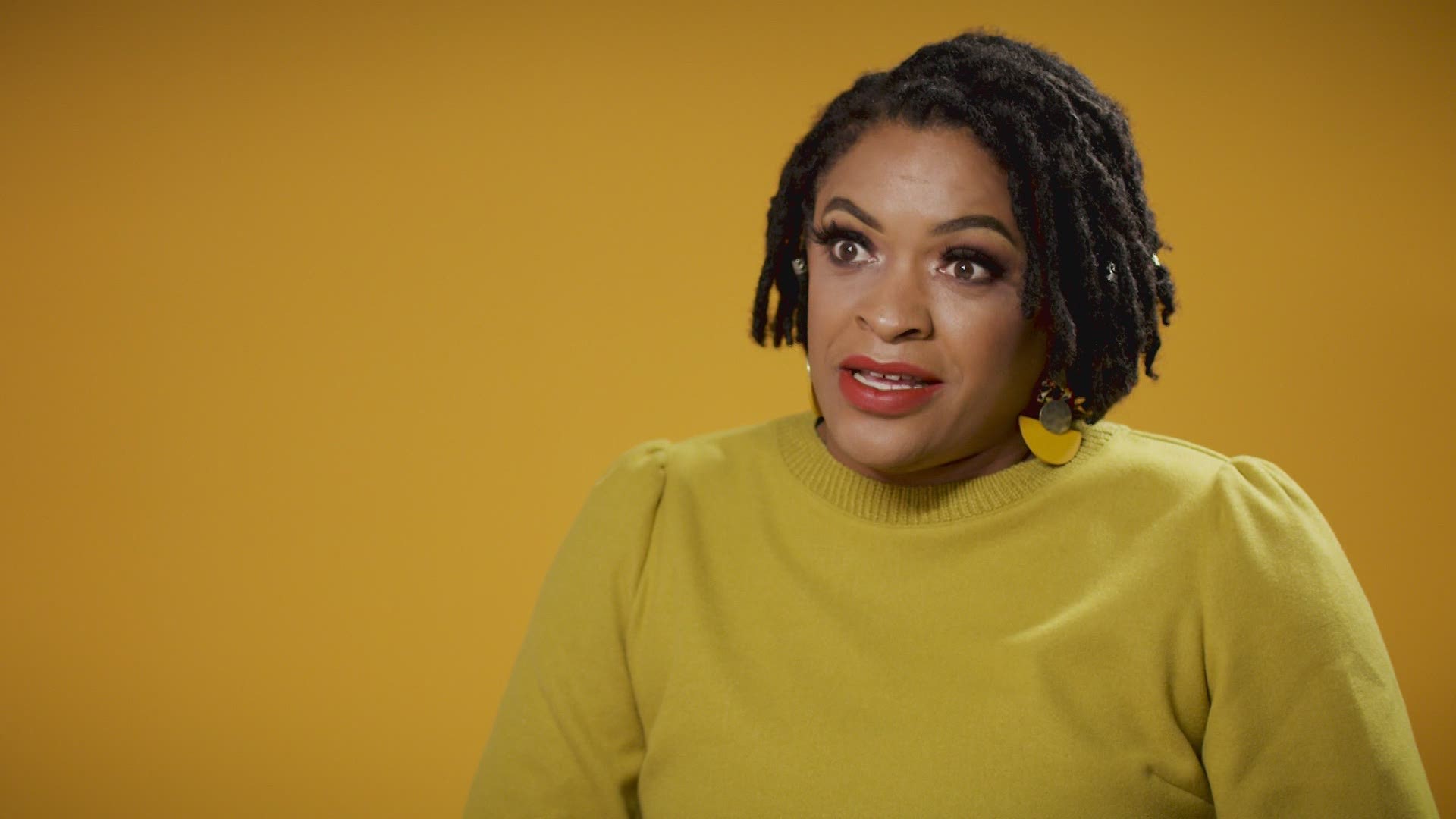 Washington reveals how she overcame insecurities to embrace her natural hair and the importance of changing the narrative surrounding Black hair and what's considered professional in the workplace. She shared her hair story with WFAA on a segment of Rooted. Below is that story.

Tashara Parker: Talk about your hair story? What are the levels, unpeel, some of those levels for me when it comes to your hair?

Jessica Washington: Absolutely. So there was a definite time in my life when I did not think that I would be able to show my natural hair confidently. I didn't even realize how insecure I was. I do remember blatantly saying in front of my friends who wore their hair naturally, that I wasn't about to go down that road.

That was something that they did. And I was on another path. And I said it with a tone like I was on a better path, you know, like I, wasn't going to be misconstrued with the notion of, I have to go this way. It seemed like in the early 2000s, that's when the trend really started saying you can be confident and you know, and you can do this, but because I wasn't confident, then I condemned others that were, which is a hater move.

It's feeling like a #WFAARooted morning to me! Today we hear from my girl Jessica Washington, COO of @dallasweekly about how she overcame insecurities to embrace her natural hair.

Together we are changing the narrative surrounding what's considered professional. @WFAADaybreak pic.twitter.com/gYnFUnxUCM

When I had my son, I started thinking about the type of woman that I wanted to be to him. Like the type of woman I wanted him to bring home, you know, did I want him to bring home somebody who thought the way I did about being insecure and I had to have bone straight hair because nobody will think I'm pretty unless I reflected that type of image. And I just realized I need to get him to want better, so I have to be better.

Tashara Parker: So explain to a person who has no idea what we're talking about when you say “go natural.”

Jessica Washington: It was definitely just going from bone straight to, um, again, cutting off all of my hair, showing my natural curl. I had to prepare myself when I decided to make a transition that I was going to be answering a lot of questions that made me very uncomfortable. And I, I wasn't prepared for that at all.

Tashara Parker: Mentally, how did you ultimately prepare yourself in those situations?

Jessica Washington: You have to speak very blatantly to people and not be afraid to let them understand exactly where you're coming from. At first, I found myself making excuses like, 'Oh, I'm just trying something new' when there was nothing wrong with saying, 'I don't want to put dangerous chemicals in my hair anymore, or I just want a different path.'

This is my hairstyle. The thing is they weren't coming at me slanderous, they really didn't know. And I had to match my level of uncomfortably I guess with their questions and, and understand that there was a middle ground. It wasn't aggressive, but I mean, I think that I kind of changed some views I would like to think so by the time I left that job.

Tashara Parker: Tell me about how you wore your hair growing up.

Jessica Washington: My journey growing up or when it comes to my natural hair was I think kind of typical. I have a mixed-race family. And so my father's side of the family is Colombian. My mom's side is Black, I guess you could say. With that said, when I would go visit my father's side of the family, I'm looking at all these fair skin women with this, you know, what they would call good hair, you know? And it did make me, self-conscious not uncomfortable, but it did make me self-conscious because, for instance, my aunt would be like, well, I don't know how to deal with this type of hair and she was being honest because she didn't have it. And nobody else, none of my cousins had it. I mean, that was my journey during that time of the year. But of course, being with my mother, she had kinkier hair than I did. And so one thing I appreciate about my journey growing up was that my mom always made sure if you're going to go out the door, you got to look good.

Tashara Parker: What advice would you give to your younger self?

I wish back then I had more confidence to tell them how insecure they were. I wish I understood psychology just a tad bit more to say the only reason why they're talking about you is because they can't do what you're doing. There's something about what you're doing that they're jealous of and it's up to you, how you want to react to that.

Fortunately, I learned that in my past job, that I was mentioning of how to deal with that reaction of negativity. It's like, turn that into an educational moment. I would tell my younger self, teach people instead of going in, counseling, being upset or trying to change yourself to an image that you'd never wanted in the first place.