Carry the Load's mission, to ensure that Memorial Day gets the attention and respect it deserves, also extends to the sacrifices and needs of first responders. 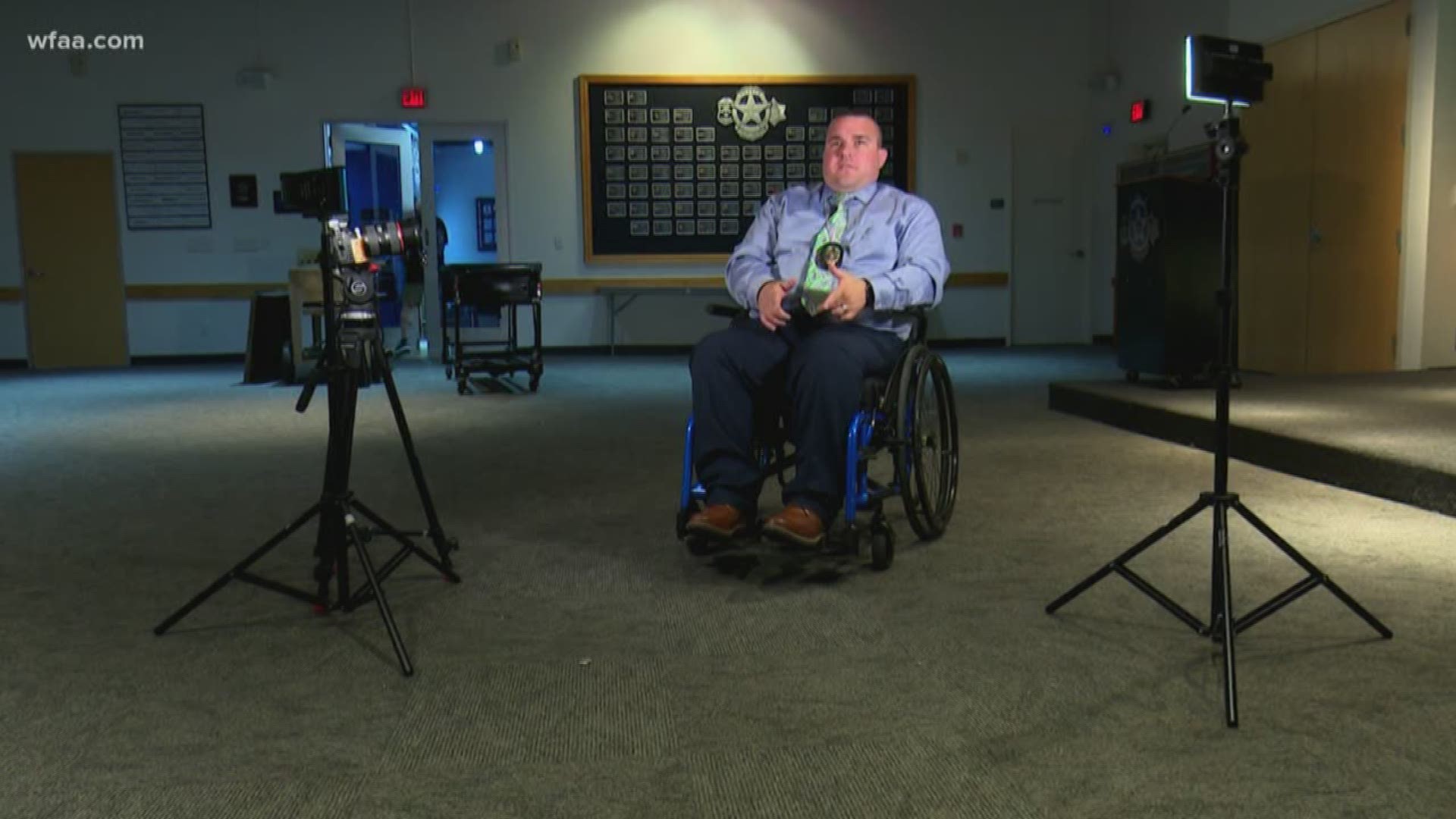 Carry the Load's mission, to ensure that Memorial Day gets the attention and respect it deserves, also extends to the sacrifices and needs of first responders. And few know that more than Justin Ellis who has experienced the organization's assistance first-hand.

The story of Justin Ellis took its worst turn October of 2016. He was a Dallas Area Rapid Transit motorcycle cop. A truck driver ran a red light.

"I remember coming off the bike, flying in the air. And that's when I was praying because I knew this is not gonna be good," Ellis said.

It wasn't good. Because these nearly two years later, he is still limited mostly to a wheelchair.

"Basically your pelvis is split open like a book," he said describing the extensive nerve damage that has left him without full use of his legs.

"I've accepted what's happened, but I'm still working to get through it and get back to where I was," he said.

Getting back to where he was included getting back outside, back to being the outdoorsman Dad he'd always been to his young son.

"Being the same guy I was for my son before the wreck," he said of one of his immediate recovery goals.

So, how could he do that, for example, at a police fundraiser sport shooting event last month where all his buddies navigated a mile and a half muddy, gravel trail to knock out a few clay pigeons?

"So far it's been unstoppable, in my mind," he said.

The tank "track chair" was a gift from Carry the Load. With a powerful electric motor and treads much like a military tank, it can navigate grassy and muddy fields, steep inclines and other hazards a regular wheelchair never could.

Ellis also lives on several acres and is now able to navigate the property with his children by his side. And at the event last month at Elm Fork Shooting Sports, which served as a fundraiser for the Assist the Officer Foundation, he proved that with the assistance of the track chair and a 12 gauge shotgun, he could be just as deadly to a clay pigeon as anyone else.

"It's helped immensely. I mean, It's given me back part of me. That track chair has given me the ability to go anywhere basically. Now I can be more independent. I think that's the biggest thing out of all those organizations. They've given me back independence to do what I want to do."

But most importantly, it's helped him be what he wants to be most: a dad.

"One day he came in an told me, 'Daddy, it's going to be OK. I'm your helper. I'll do anything you need to help you.' It made me break down and cry, but I knew at that moment, 'OK I've taught him at least some morals and some respect for taking care of others.' For a 6-year-old to grasp that, that's amazing to me. And I've got a little daughter, and I'm going to dance with her on her wedding day.”

Lucky to be here, lucky to have the help of an organization like Carry the Load, and lucky to be back on the road as a DART police detective.

"I feel great. I've been through so much of the bad, all I can do is look forward to the rest. It's got to get better," he said. "I've always wanted to be a cop so why would I stop now."

Armed with a sense of purpose, and with a tank, he's not planning to stop anytime soon.