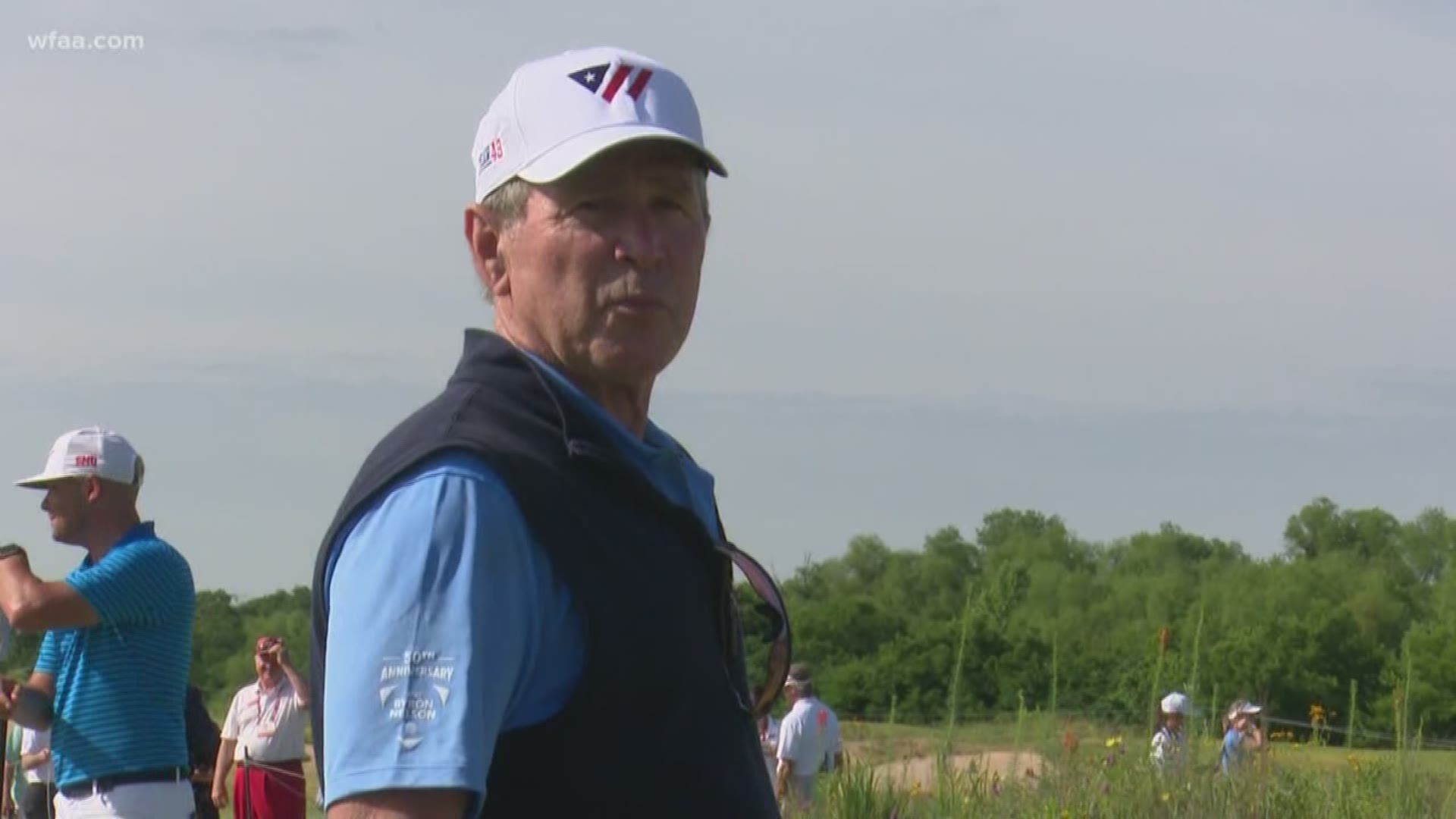 DALLAS -- A golf course freshly worn by pro golfers is quickly turning around to host another round of VIPs.

"At the Bush Institute, we care deeply about our vets -- we understand that they are a national asset for years to come for our country," said former President George W. Bush address the crowd of golfers and fans.

"I want y'all to have a fabulous afternoon, God bless," Bush said.

Bush served as Commander and Chief during the September 11 attack, and it was his call to send troops to Afghanistan and eventually Iraq over the course of his Presidency.

Roger Benimoff, of Grand Prairie, was one of those soldiers.

"For me, the relationships that I lost in the military are reignited in an event like this. It's very meaningful in my healing process," said Benimoff.

It is a healing process for many of these men who have been helped by golf.

"We've got some great players out here. We're very lucky to have the Salesmenship Club, Trinity Forest to support this great event for our vets," Bush said from the golf course.

Spend a day on the course with these men, and you'll learn the President isn't the VIP. Instead, it's men like Andrew Bachelder of Fort Worth, a retired Marine.

He's one of two survivors after two helicopters collided in Afghanistan in 2009 -- he's alive and sometimes doesn't know why.

"I suffered with survivors guilt a lot. I had an attempted suicide in 2012," Bachelder said.

Golf played a role in his transition -- and so has President Bush.

"The best part is [Bush] recognized the kids because -- he remembers all of us -- he never forgets a name or forgets a face."

The game is competitive. These players have to earn their spot and most are better than your average golfer needing to score a handicap of 20 to qualify.

And in a way, committing to a sport is a part of their recovery.

"Find something that you love, something that's going to keep you above the ground. We don't need to lose any more veterans than we've lost," Bachelder said.

And just how no soldier fights alone, no one on this field is alone.