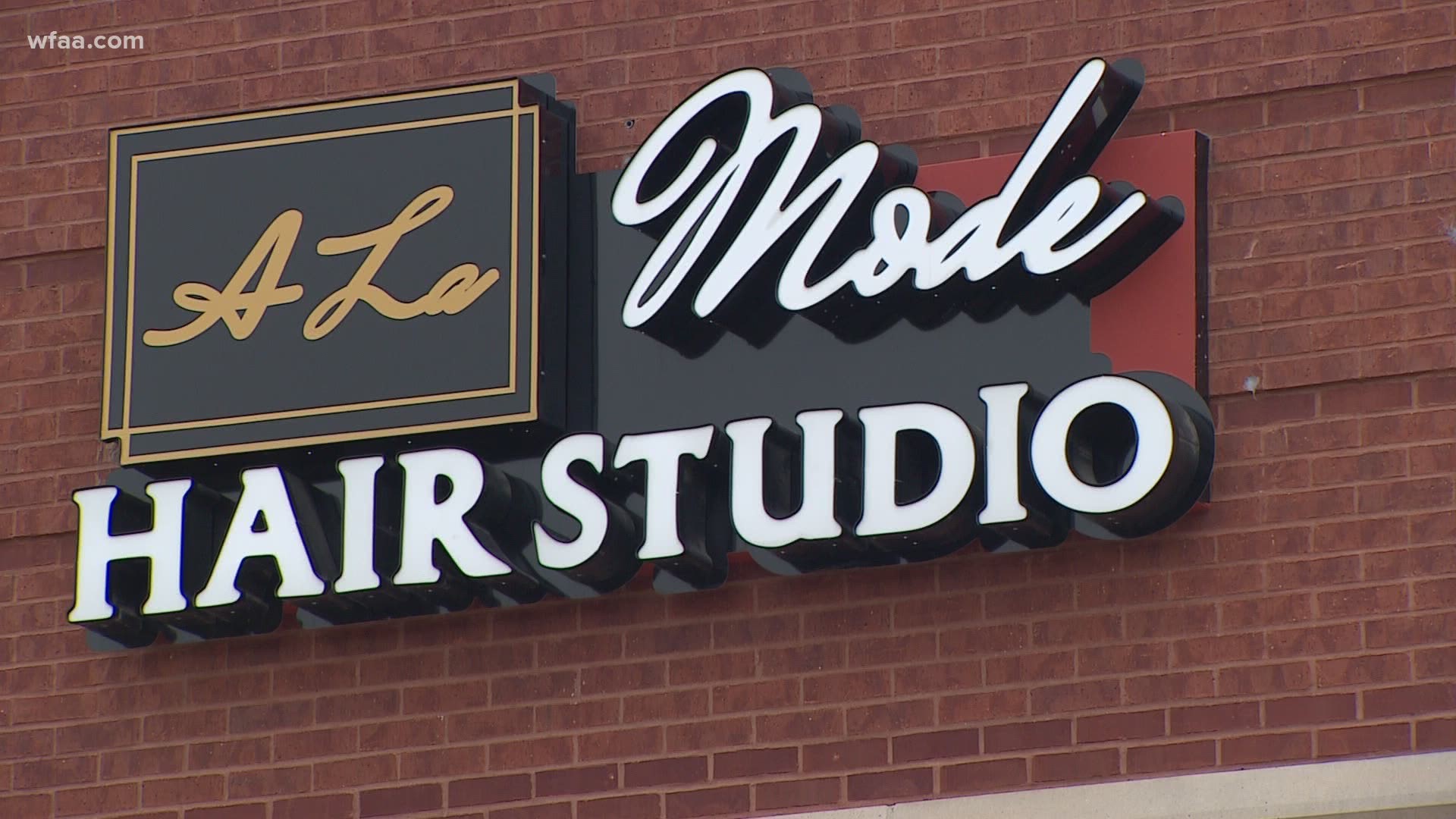 DALLAS — It has now been a few weeks since Shelly Luther defied orders and reopened her hair salon in North Dallas. But the fallout from that controversial decision is still having an impact – even on those who didn’t intend to feel it.

The owners of A La Mode Hair Studio in Plano are trying to clear the air after receiving about 90 voicemails, both in opposition and support, from people who thought they were Luther’s Salon A La Mode.

A La Mode in Plano reopened when it was legally able to do so last Friday.

“So we’ve been trying to follow all the rules and as soon as we came to the salon, we faced all the messages, which you don’t want to face,” Owner Maya Faramchi said.

“I think you are a Texas idiot,” one caller said.

“I live North of San Francisco, we are with you, praying for you,” said one of Luther’s supporters in a call to the wrong salon.

“I was upset and I was sad, and I was actually scared,” Mirela Aganlic said. “Some of them said that they wish that our kids get sick and we all die.”

“Some people they don’t go through details, they just type A La Mode and then they either choose to hate that A La Mode or love that A La Mode, and we want to clear who we are,” Faramchi said.

And they are not the only business impacted by Luther’s decision.

Rob Case owns Fiddle and Bow music company. He shares the same courtyard as Luther’s business. He’s not overly opposed to her decision to open early, he’s just disappointed because sometimes business has been blocked by potential customers.

“Guys with assault rifles and trying to be intimidating, and yelling slogans, and wrapped up in the American flag, which I see as dishonorable,” Case said. “Having people get in my wife’s face with no mask on or scream in her face, not really the best way to get the best response out of me.”

“When we get to the level where the point is to intimidate and make people afraid, we’re approaching an area that is not constitutional and not OK, and it’s certainly rude,” Case added. “I’d like for people to see this as more than just as a place where something happened. It’s a place where things are still happening.”

As for A La Mode Hair Studio in Plano, they too do not want to take a position on Luther’s decision, but they just want people to know the controversy didn’t happen there.