An Arlington man will now have lasting health effects following a nasty rental scooter accident in Deep Ellum that resulted in a near $1 million hospital bill. 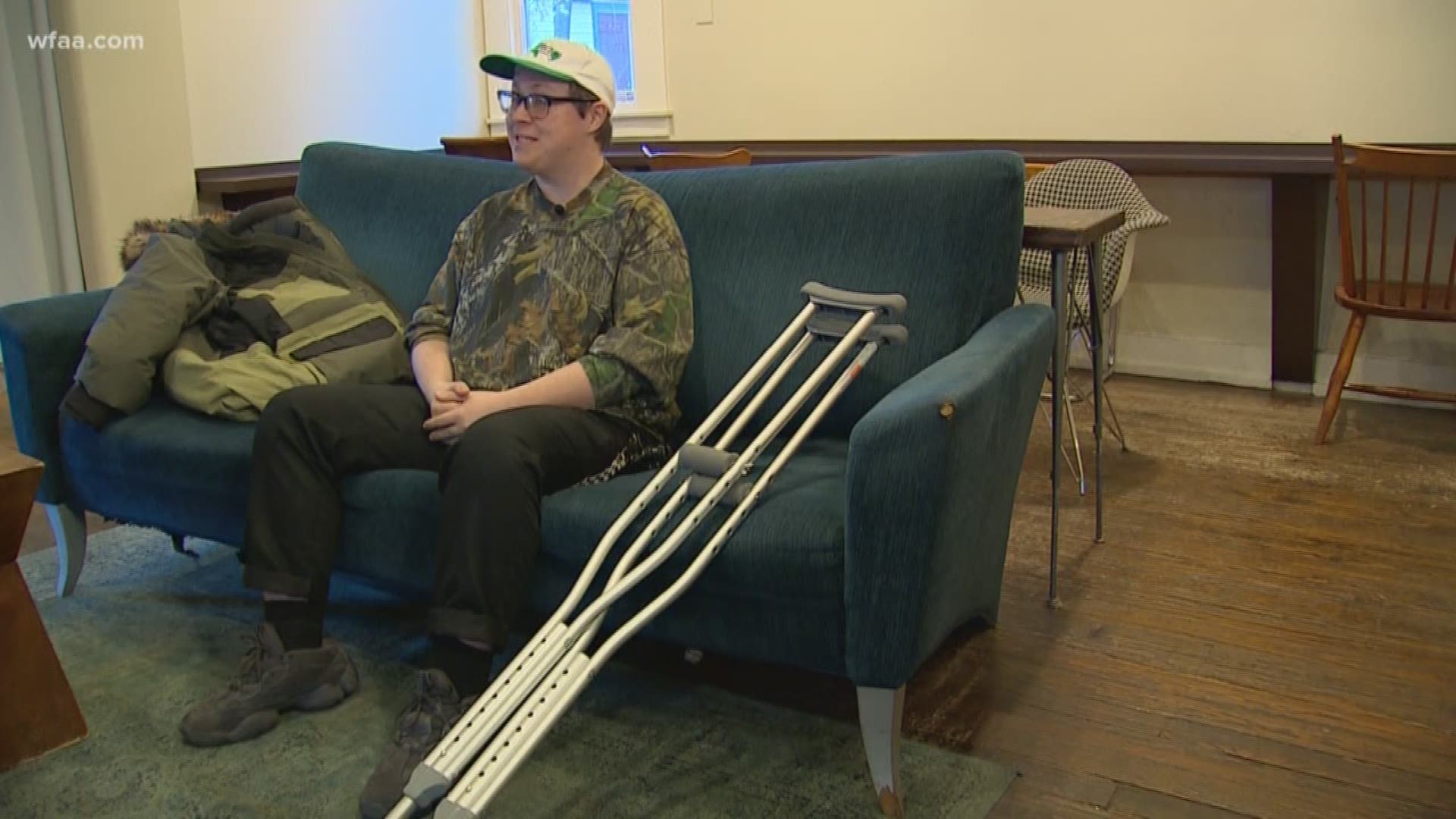 DALLAS — An Arlington man will now have lasting health effects following a nasty rental scooter accident in Deep Ellum that resulted in a near $1 million hospital bill.

At the end of June, the City of Dallas passed regulations for bike share companies that many in the city have been asking for.

They also gave the green light to a trial run for electric rental scooters—which travel up to 15 mph after the rider pays a fee.

Razor soon dropped scooters as well, and right now the City of Dallas says there are an estimated 6,000 e-scooters in the city.

Shortly after regulations were passed, WFAA told you about how personal injury attorneys in Los Angeles are handling dozens of cases involving rental scooters.

One attorney in Beverly Hills, Robin Saghian, said at the time that he was getting 2 to 5 calls a day from people wanting to lawyer up after they crash a scooter.

Earlier this month, WFAA reported that Baylor Scott and White near downtown Dallas has seen 160-480 e-scooter injuries since they dropped in the metro.

Those numbers were tallied after an emergency room doctor surveyed medical professionals within the hospital about how many scooter injuries they’ve seen.

Among those numbers, is Alexander Forney’s injury.

On August 1, the 21-year-old was riding a bird scooter in Deep Ellum near Main and Walton when he tumbled over the handlebars and hit the cement.

“I tapped the brakes a little too hard I guess, and flipped over,” Forney said. “It was one of the most painful experiences of my life.”

Forney shattered his kneecap and broke his tibia in several places. He also had severe road rash and cracked a few of his teeth.

The damage was so bad in his leg that surgeons nearly amputated it. “There were talks about amputating it. It was on the table due to how bad the break in the knee was and the tibial plateaus,” Forney said.

But after nine hours of surgery, doctors put Forney’s leg back together and an x-ray shows the extensive repair. Forney now has over a dozen metal rods in his leg holding it together.

“I had around 130 staples all over my leg,” Forney said. Because of the surgery, Forney will likely have arthritis in his leg for a considerable period and has nerve damage he’ll have to deal with for the rest of his life.

He told WFAA that he can’t even point his foot upward. And even after the surgery, he couldn’t escape his bad luck.

Forney was in the hospital for more than a week recovering, left, and then returned after he developed a kidney infection and kidney stones due to using a catheter during his hospital stay.

And then there’s this.

Forney’s hospital bill was nearly $1 million. Thankfully, his insurance company paid most of that and left him with only about $10,000 in medical debt. All for what is usually a $1 ride. "It's like something stupid like this is how I did a million dollars worth of damage to my leg," Forney said.

Forney is now on crutches and is trying to find a shred of positivity through all of this. It's difficult, but he's found some in a tattoo that he had done on his injured leg. The tattoo is of a scooter that's broken.

"I like the fact that I broke my leg, and on the tattoo, the scooter is broken," Forney said. "It's me getting payback in a sense."

"I wanted to make light of a dark situation because if you don't laugh you'll cry. Positive thoughts and positive energy create positive situations."