“We face a real situation where Roe could be overturned," she told WFAA in a visit to Dallas this week. 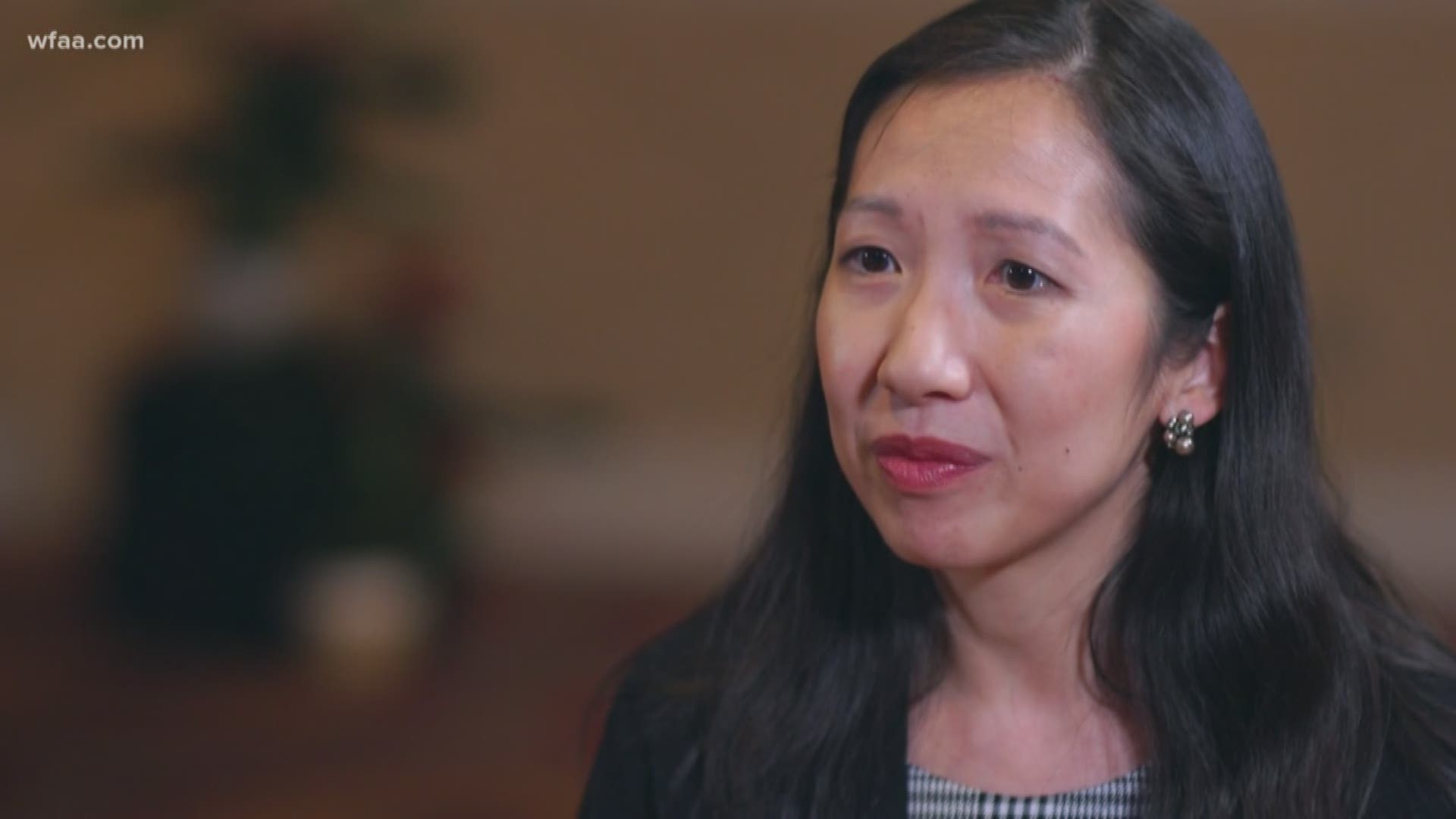 DALLAS, N.C. — The question Republicans and Democrats have both considered lately is whether Roe versus Wade, the 1973 landmark U.S. Supreme Court decision legalizing abortion, will survive the Trump presidency.

“I am deeply concerned about the future of Roe versus Wade,” said Dr. Leana Wen, 36, the new national president of Planned Parenthood.

Wen is a 36-year-old Chinese immigrant, a former emergency room doctor and the first physician to lead Planned Parenthood in almost a half century.

She spoke with WFAA on a trip to Dallas this week.

“We face a real situation where Roe could be overturned and if it is overturned then one in three women over reproductive age, which is 25 million women, could be living in states including Texas where they do not have the right to safe, legal abortion and we know what will happen. Women will die. Thousands of women died every year pre-Roe,” Dr. Wen said.

She took over from Cecile Richards last November after leaving her position as the Commissioner of Health for the City of Baltimore.

“I saw the crisis in women’s health as the biggest public health crisis of our time. We cannot be in this position where we know what works in public health and we’re rolling back the gains that have been hard fought. And that’s why I’m here,” Dr. Wen said.

Republicans appear closer than ever in trying to get the Supreme Court to reconsider Roe versus Wade. President Trump has successfully named two new justices which now creates a conservative majority on the high court.

In addition, a dozen legal cases are also in federal appeals courts right now which is one step away from the U.S. Supreme Court.

“In 2019 alone, there have been over 200 laws that have been introduced in state legislatures around the country that could prompt a challenge to Roe,” Wen said.

If the U.S. Supreme Court overturned Roe vs. Wade, many states have trigger laws on the books which will outlaw abortion on state levels.

Texas has a dozen other abortion-related bills under consideration in the state legislature this session, as well.

President Trump is also making good on a political promise to defund Planned Parenthood through Title X with something called the ‘gag rule.’

“What the president has done – President Trump issued this Title X ‘gag rule’ which would forbid doctors and nurses from referring our patients for abortion care even if they ask for it and it’s not even clear what we would do if it’s medically necessary,” Dr. Wen explained.

But anti-abortion groups said the ‘gag rule’ is long overdue.

The rule "does not cut family planning funding by a single dime, and instead directs tax dollars to entities that provide healthcare to women but do not perform abortions," said Marjorie Dannenfelser, president of the Susan B. Anthony List, in an interview with ABC News.

“It is absolutely appropriate that the new Title X regulations take into account the difference between abortion and healthcare. Abortion is neither healthcare nor family planning which is why the Title X program has no business funding it,” said Jeanne Mancini, March for Life President.

So far, 22 states have sued the Trump administration over the new ‘gag rule.’ Wen would not say whether Planned Parenthood will join the legal battle.

“We will do everything in our power to fight this Title X gag rule and you should look out for more actions that we will be taking shortly,” she said.