We have had some practice with this, but there are things to look out for with the third round of stimulus checks. 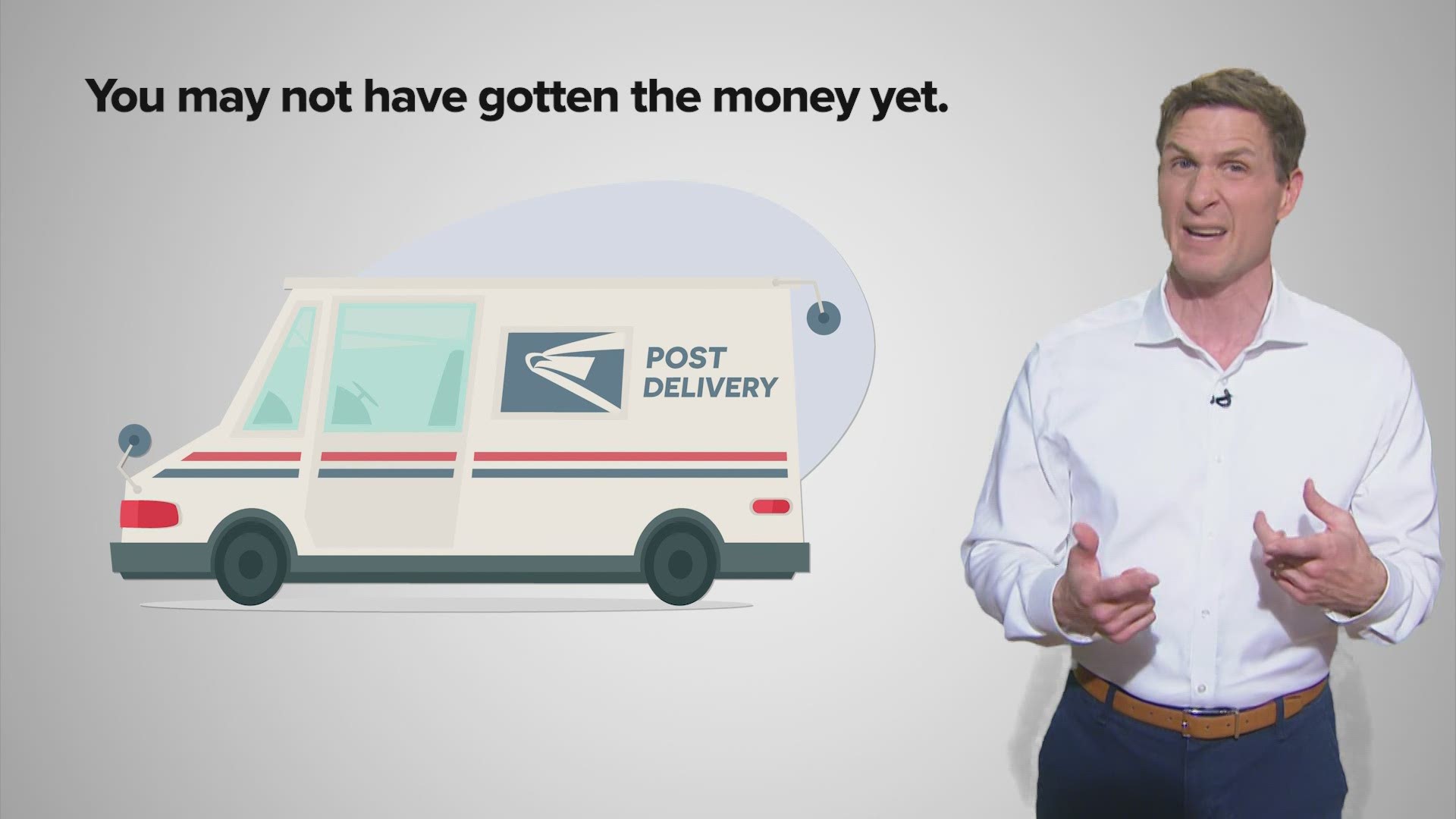 DALLAS — The third round of stimulus checks has begun hitting millions of bank accounts. But some haven't seen the money yet. Here's why.

Why you may not have gotten your stimulus yet...

It will take some time for the millions of payments to be processed. Some have already been receiving the money. While some banks are allowing customers to access the $1,400 dollar payments right away, there is a delay with others.

Chase Bank and Wells Fargo are telling account holders that their funds may be available as of Wednesday.

Also, you may not have gotten the money yet because it is going to be mailed to you instead of direct-deposited. We have seen this happen with past payments, even if the federal government direct-deposited a previous stimulus check.

A reminder: If your stimulus arrives by mail, your money may come in the form of a debit card. In previous payouts, those cards have arrived in a non-descript envelope, so be careful what you throw out as junk mail. We have heard in the past from people who accidentally trashed their payment.

Here is more info about the plain envelopes from a prior payment.

RELATED: Third stimulus check: Track the status of your payment on IRS website, find out who qualifies

Of course, you may not have gotten a payment yet because you’re not going to get one. There are income limits. Here is a great explanation of those limits, and a stimulus calculator.

If you are just over those limits, though, you may still be able to qualify by making contributions before the income tax deadline to an IRA or HSA. See this for more info.

Look out for stimulus scams

There is also a chance you haven’t gotten your stimulus money because someone else has gotten it. With two previous rounds of payments, scammers have gotten better at trying to cheat people out of what is coming to them. Here and here, you can read some warnings about potential scams.

RELATED: It's a scam: Don't give out your personal information to get a stimulus check, Dallas County DA warns

What to do with the latest stimulus

Finally, we’ll see exactly how the stimulus stimulates. One survey found 40% of recipients will use it to pay off credit card debt. The next two most common responses were: To replenish savings (29%) and pay past-due bills (27%).

But an investment banking firm called Mizuho Securities did a small poll that found that nearly 40% of people will invest some portion of their stimulus, and that instead of stocks, the largest portion of that investment money could go into Bitcoin.