Gov. Abbott ended federal unemployment in Texas to get people back to work. Now, claims for state unemployment are going up

In the month since the governor ended the extra federal benefits, the trendline for people applying for state unemployment benefits is going up. 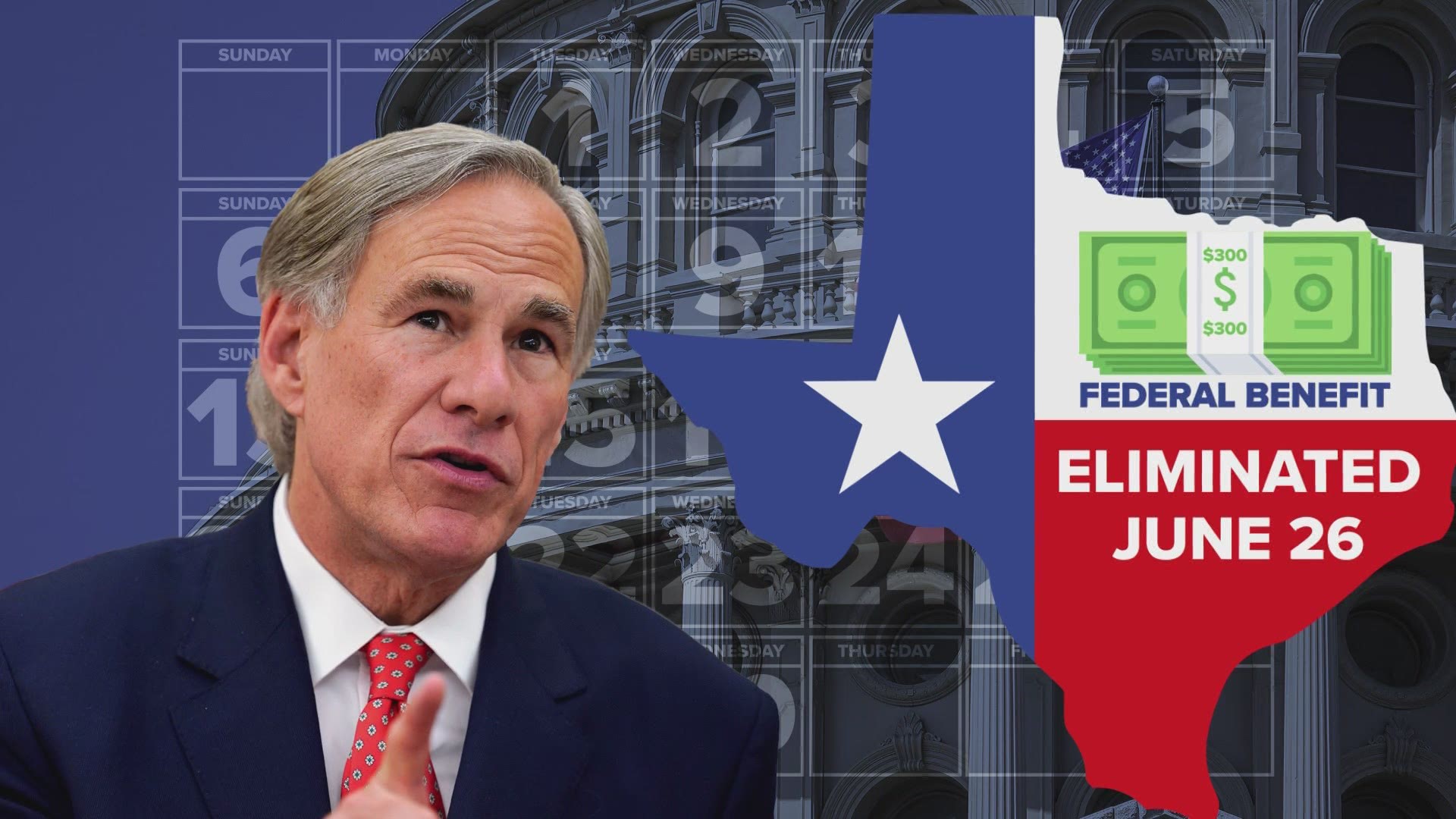 DALLAS — At the end of June, Governor Abbott ended extra federal benefits early in Texas to force people off unemployment, since so many businesses are hiring. But since he cut off federal money, new initial claims and continued claims for state unemployment have both started to go back up.

Yes, the Federal Reserve recently found in its Beige Book report that extra government money was one reason people were not looking for work. But another big reason was childcare challenges. It is possible unemployment claims here will go down when kids head off to school soon.

The Federal Reserve also recently found that we haven’t been as worried about COVID health safety at work. With the highly-contagious Delta variant now causing a big spike in cases in Texas - where masks aren’t mandated, and the vaccination rate is lackluster - people at high risk may have renewed health concerns. Importantly, though, as of last month, the state no longer allows that as a reason to refuse work.

An interesting map from Zillow about home prices and commute times

Next subject: I think I see a unicorn covered in white crustaceans being shot by a paintball. But click here and select Dallas from the dropdown menu, and what you are seeing is not an inkblot test. It’s actually a graphic from Zillow on home price growth by commute time from downtown Dallas.

With more people working from home, they’re finding that usually coveted properties within the magic 10-minute drive to the city center are going up in price, but only about half as quickly as homes that are further from downtown. That said, homes in the urban core started out more expensive - and they still are.

If you are looking for more affordable, you probably still need to look further out. Although, is it worth a 90-minute commute? Looking at that Zillow map, you wonder if many people might rather rent than buy in that outer ring of homes in Waco—and make the daily drive to Dallas to clock in for work…