What's the unemployment rate in Dallas? Researchers say it depends on the wage bracket you're in.

A Harvard-based research team looks at what the unemployment rate really is when you look at wage brackets. And they look at the amount of education needed for jobs. 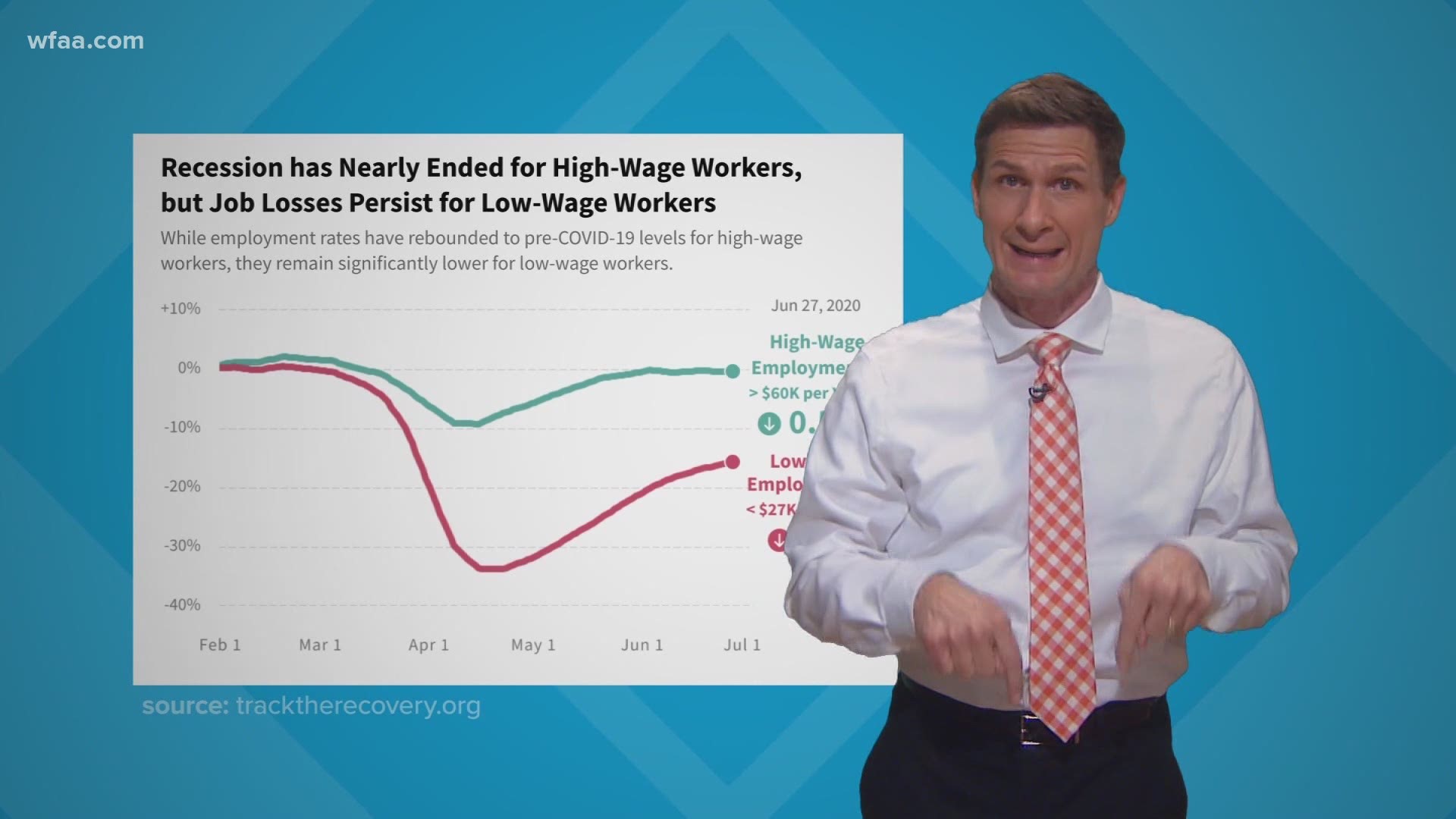 DALLAS — This headline is attention-getting: Recession has Nearly Ended for High-Wage Workers, but Job Losses Persist for Low-Wage Workers.

Uneven employment rate, depending on how much you make

Researchers with Opportunity Insights, based at Harvard University, have been tracking joblessness across the country, including in North Texas. They have found that the unemployment rate in the Dallas metro is still at 13.7% for people in jobs that make less than $27,000 per year.

RELATED: Many workers may be doing a poor job of guarding the company secrets as they work from home

Searching for jobs by education level

What if you were a middle or high-wage earner and you are still out of work? How are your prospects right now to find a job? It could be tough, if we assume that job postings asking for a lot of education pay better. The researchers looked at all available jobs here through the week ending September 11th.

Get counted- The census deadline is fast approaching, and you could cost the state big

September 30th is the deadline for you to be counted in the census. This matters a lot. Each percent of an undercount would cost Texas an estimated $300 million in federal funding each year. If you don’t fill it out, Texas loses big. The Texas Comptroller’s Office estimates each person who isn’t counted costs the state $1,161 in funding every year.

Click here to fill out the census and be counted. It takes mere minutes.