Mark Cuban has a gallery where you can show your NFTs. So how do you even make one?

Some of these digital art pieces have fetched huge sums of money. 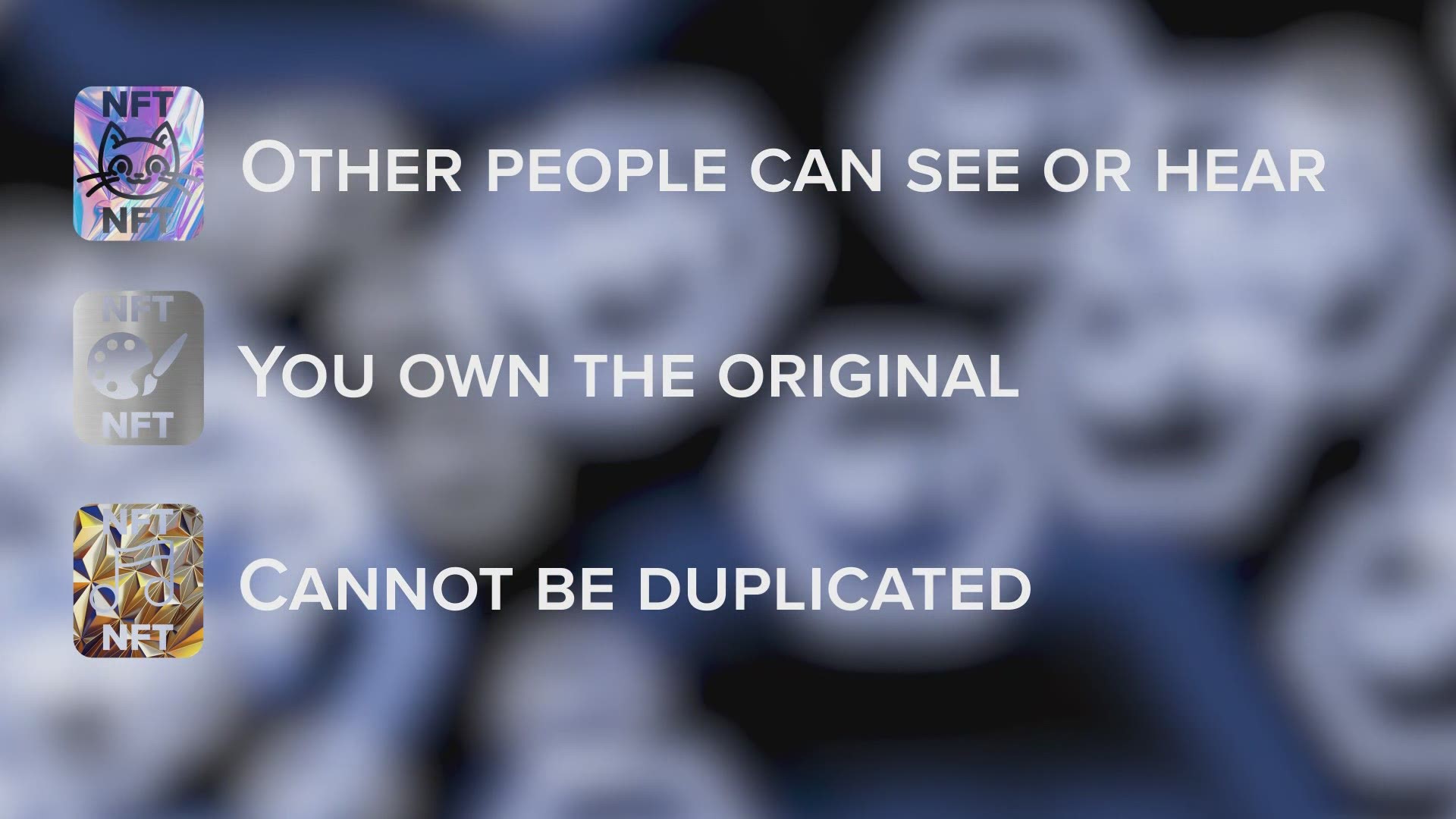 DALLAS — While watching the NBA Finals did you also think, "Wow--that was a great play! I bet it would be a good investment to own video of it"? Seriously, it's not just a game anymore for collectors of non-fungible tokens, or NFTs.

They're like digital trading cards, or art, or music that others can see or hear. But you own the original, which can't be duplicated because it is encrypted with blockchain-- the same complex computer puzzles that keep cryptocurrency like Bitcoin safe from being stolen.

The NBA has gotten into this in a big way, through NBA Top Shot. Reportedly, in less than one year, the company that produces NFTs for the NBA has amassed more than a million users who have spent $700 million to own these digital "basketball moments." That's because of some crazy expensive ones, but many of the trades are reportedly for NFTs under $50. Again…an investment that can go up or down in value if you try to re-sell it.

This photo and literature NFT was recently offered for about $13,000. And this GIF was asking about $64. I found those through Mark Cuban's site Lazy.com. The Mavs owner has opened an NFT art gallery, where he invites you to "Show 'em, sell 'em or buy 'em."

So how do you make 'em? I want to know because I am going to do this. Here is one how-to. And here is another.