'People aren't ready to give up the masks yet': Some North Texans still taking COVID precautions as state mandates are lifted

"I think that people are ready to get out. But for the most part, people aren't ready to give up the masks yet," said Cody Ellison of Bishop Street Market. 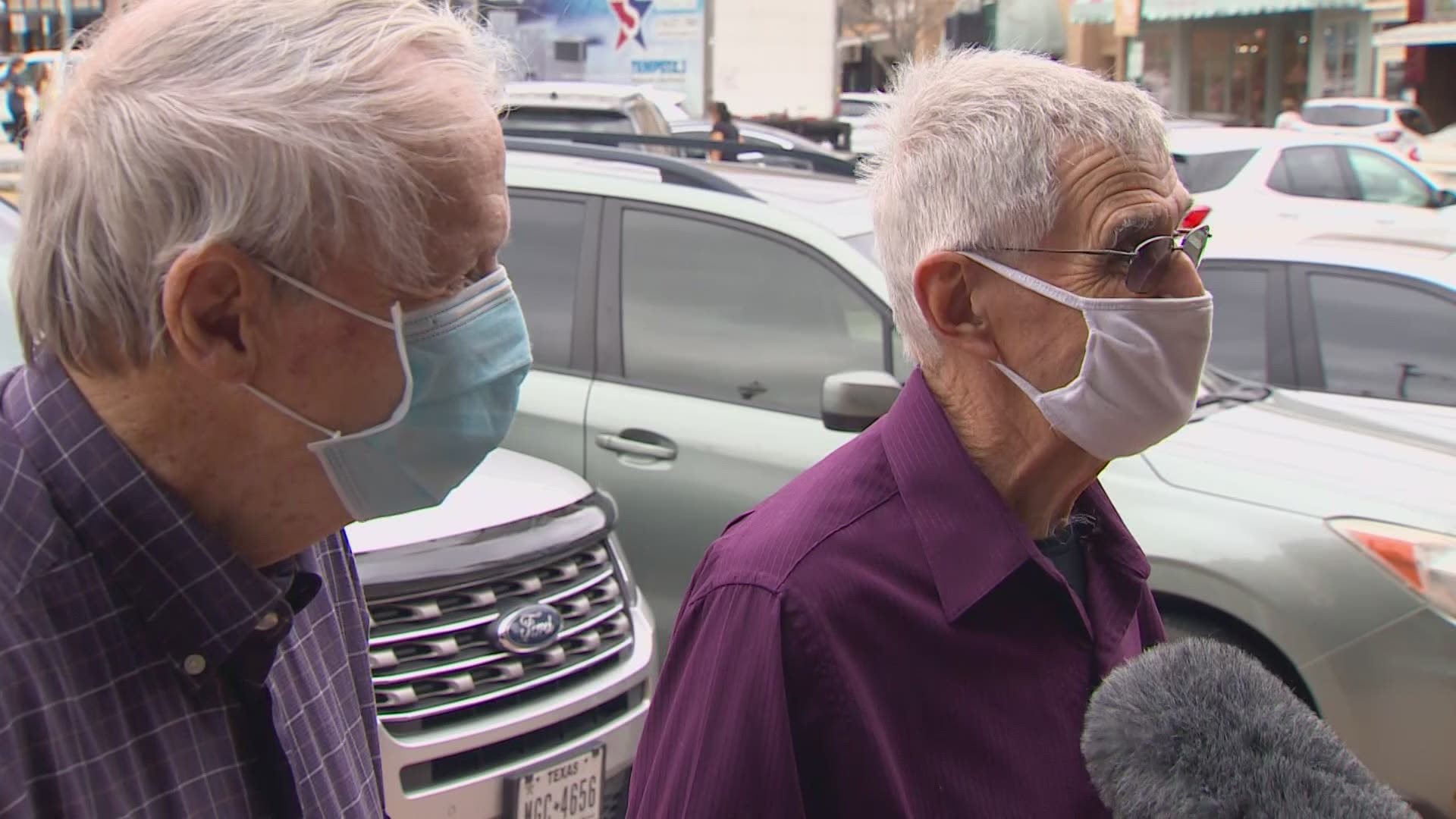 DALLAS — Although Texas, as of Wednesday, no longer has a statewide mask mandate and businesses are allowed to open at 100% capacity, businesses and their customers in North Texas appear slow to throw the masks away.

From McKinney to Dallas' Deep Ellum and Bishop Arts neighborhoods,  lunchtime crowds were mostly a mask-wearing population, while the majority of restaurants and retail business were sticking with the COVID-19 precautions that have become commonplace over the last year.

"But for the most part, people aren't ready to give up the masks yet," he said.

He said the decision to continue to require customers and employees to wear masks come from extensive feedback from his customers.

"In Texas, over a million people a week are starting to be vaccinated. And that's good. That's a start," Ellison said. "But we're not there yet." 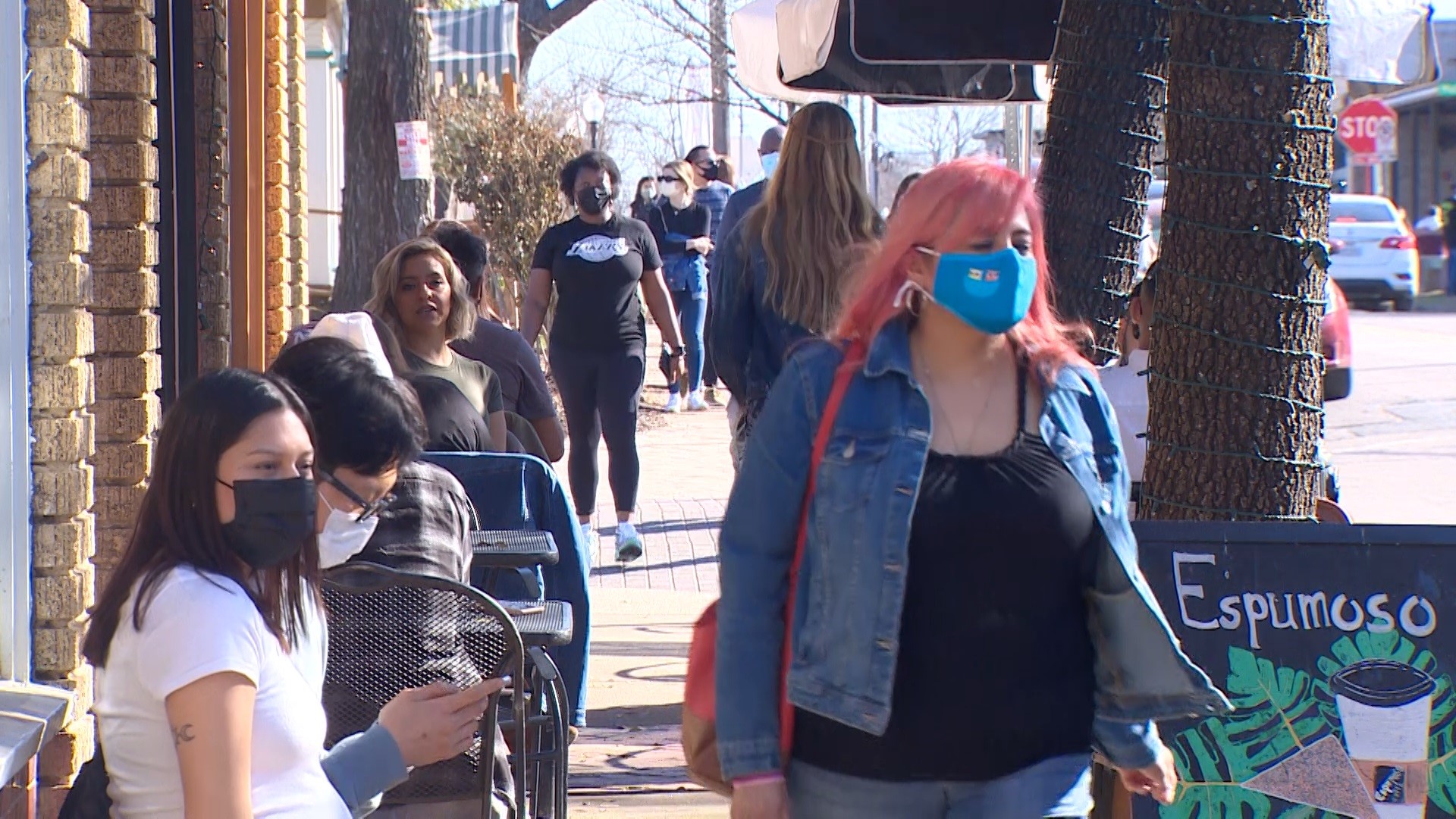 Ellison and many other business owners say they don't have a specific date or metric in mind when they will change their mask-wearing and occupancy decisions: that it will happen organically as conditions improve.

"I'm 75 and I want to get to be 85," laughed Yan Dobek in McKinney, explaining why he was choosing to still wear a mask in public.

"It is contagious. It does kill some people," his friend Ted Black said. He's also still wearing his mask. "I think it was a really bad decision down in Austin to open things up."

Lunchtime crowds in Deep Ellum were a mix of mask wearers, and not. But the vast majority of restaurants had not immediately changed their COVID precautions and were still requiring customers and staff to wear masks. Also, indoor dining was still mostly at socially-distanced tables.

Charlie and Trish Thompson, tourists from the Indianapolis area, were in Deep Ellum to visit Terry Black's BBQ, a restaurant with its prior COVID restrictions and mask-wearing precautions still in place.

The Thompsons strolled Deep Ellum Wednesday afternoon, while wearing medical-grade masks. But the couple admitted they had considered not coming to Dallas at all once they heard about Governor Abbott was removing the mask mandate.

"As long as the scientists say we should keep doing it, we're going to be wearing those masks," said Charlie Thompson.

Groups across North Texas plan to hold mask-burning parties to signify the end of what they feel has been a government overreach when it comes to occupancy restrictions and mask-wearing. But, anecdotally, at least on the day the statewide mandate was lifted, businesses and their customers seem slow to make that immediate change.

"I think with everyone not able access vaccines yet, it's just still the right thing to do," said Kira Larson, dining outside in McKinney with her 6-year-old daughter Kaylen.

The Larson family hasn't been inside a restaurant in over a year. Kira Larson admits they're not quite ready to do that just yet: governor's statewide ruling or not. 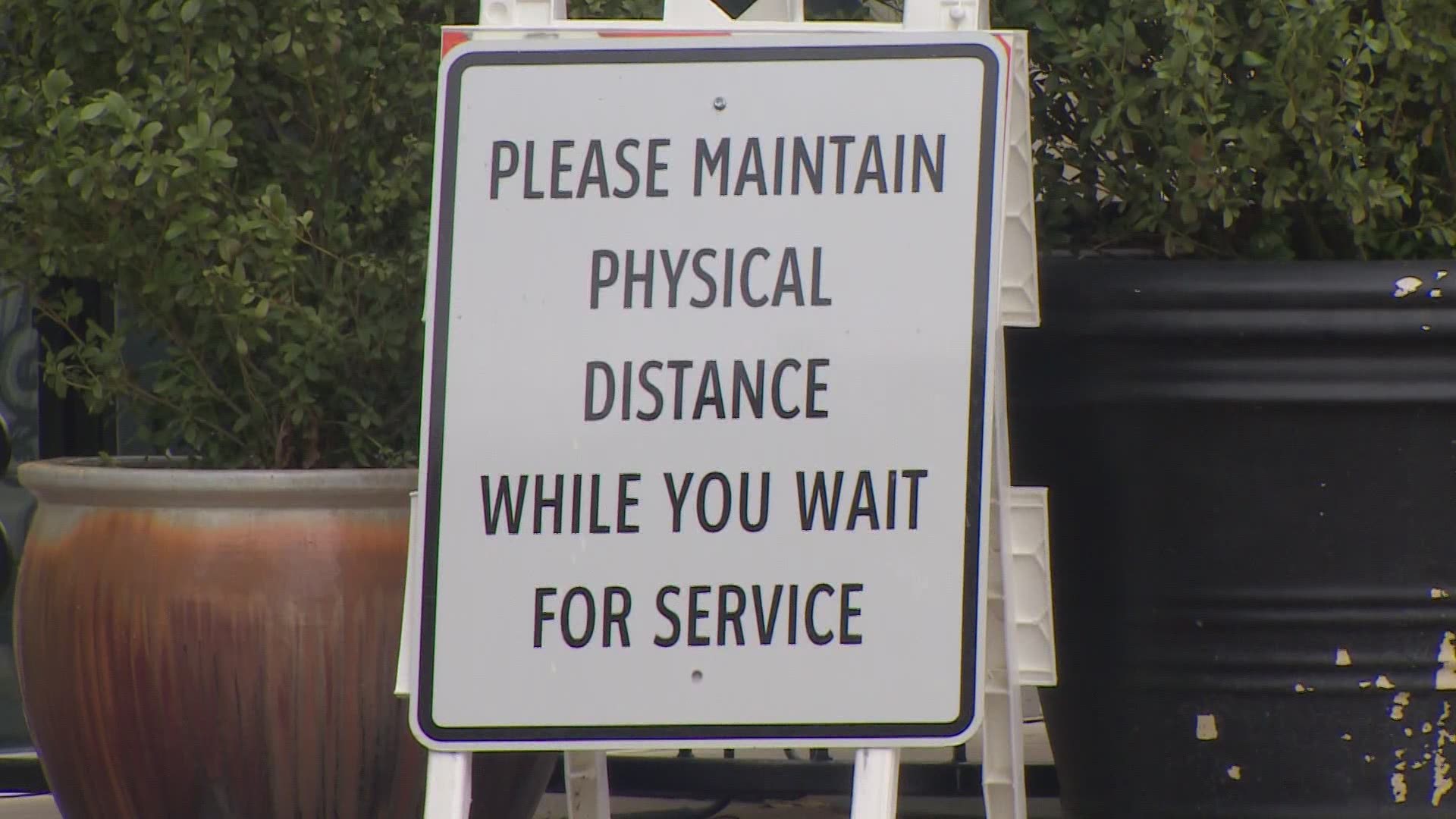