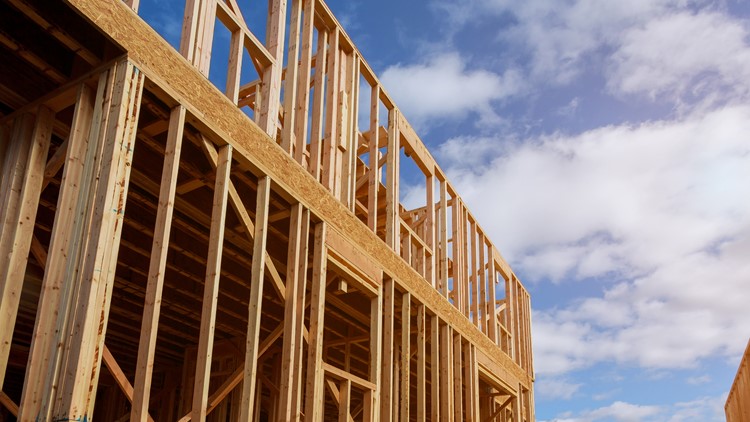 DFW home construction continues through COVID-19, but builders are wary

Most residential construction in Dallas-Fort Worth’s previously red-hot homebuilding market is continuing, for now, but builders and developers are taking it day by day.

Altura was on pace to build 500 homes this year before the COVID-19 outbreak, Webb said. Now, Altura will almost certainly build fewer, but Webb on Monday hesitated to even hazard a guess as to how many fewer. Production could be cut by half or more, he eventually said.

Altura sold nine houses last week and 11 the week before, which is slightly fewer than before COVID-19 hit, but not a dramatic drop, Webb said.

Altura builds in the suburbs around Dallas, including Melissa, Rockwall, Forney, Crandall and Red Oak. The company is building in 16 housing communities in Dallas-Fort Worth, Webb said.

"We’re still mostly in the areas where we’re trying to do 10 people or less with social distancing, and six feet apart,” said Webb, who is also president of the Dallas Builders Association.

"The good thing about single-family housing is, even in a normal market with no virus, there’s not typically more than five people working on an individual home at any one given time anyway, so to abide by the social distancing doesn’t really change the way a house is built.”

“We are building and closing new homes in our neighborhoods,” he said.

Hillwood has communities in progress in Little Elm, Argyle, Northlake, Celina, Melissa and Lucas in North Texas, plus Georgetown and Houston.

“We have of course implemented changes and limitations to operations with health and safety in mind, but every attempt is being made to stay ahead of current and anticipated inventory shortages for new homes,” Balda said.

"Because of new home demand, our builder partners continue to sell homes at a pace that requires new lot deliveries,” he added. “However, most of our builders are pulling back the number of spec homes they will start. Historically and seasonally they would typically be building more specs at this time.”

Year-to-date sales in Hillwood’s communities are up nearly 21 percent, and the past two weeks are trending even with this same time last year, Balda said. Foot traffic to the model homes has slowed to the more serious buyers who want to take advantage of the historically low-interest rates, he said, but online traffic is up.

Like many bargain builders, Altura subcontracts all of its work out to trade partners, and the company hears from its subcontractors that they want to continue to work, Webb said.

“So far, we haven’t seen any supply chain issues or any labor issues, yet,” he said.

That could change based on how the coronavirus crisis progresses, among other factors, he said.

Phil Crone, executive officer of the Dallas Builders Association, said the biggest challenge the association has been trying to navigate is the status of all the different municipal permitting and inspection offices across DFW.

“It’s not only what they’re doing to stay open, but all the changes that they’re trying to make to minimize the human-to-human interaction,” Crone said. “Some cities are set up pretty well for it with the online permitting and inspectors that are typically the only ones on the job site, but others are not there yet, so they’re kind of grasping at straws for solutions.”

There are also concerns about supply chain disruptions as more people get sick and more restrictions are put in place, Crone said.