"We have 7,000 toys in this restaurant right now," Baine Brooks said. "I really see Christmas. I really see people coming together." 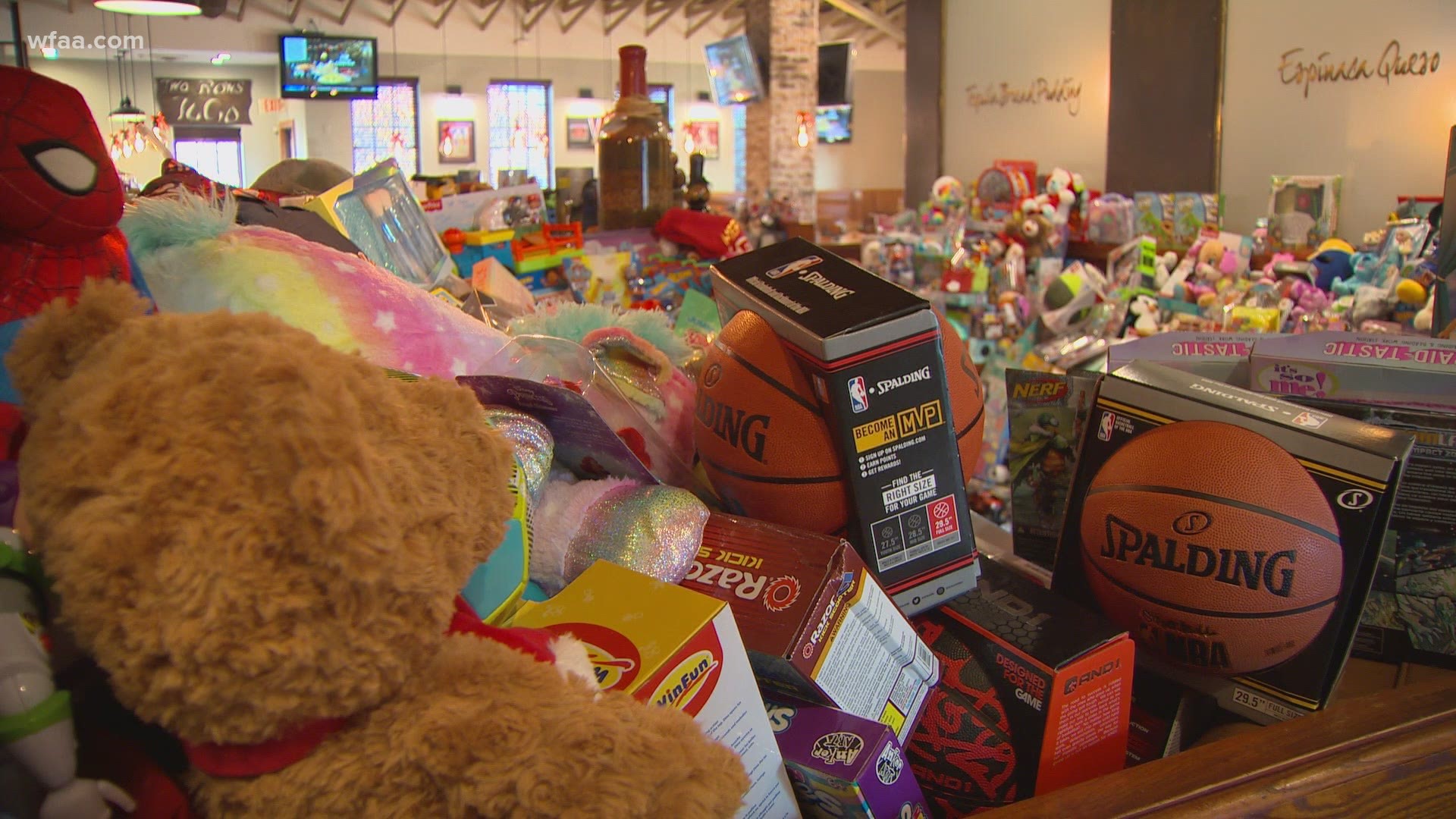 ALLEN, Texas — Baine Brooks of Allen is overwhelmed by his community and all it has done to give needy families a good Christmas this year. The Allen City Council member and owner of TwoRows Classic Grill opened up his restaurant for a toy drive that resulted in more than 7,000 toys being dropped off at the restaurant.

"I have no other words to describe it, it's unbelievable," said Brooks.

It started with a phone call from All Community Outreach, a social services agency that serves hungry people and people experiencing homelessness. CEO Marjorie Burr said food lines have wrapped around the building consistently during the pandemic.

"It's about three times as many as what we were doing in January and February," said Burr.

But the call for toys hit her really hard. The pandemic ruined many toy drives and normal supply chains were no longer options. Burr said that if nothing happened, the 2,083 children in the county who signed up for a toy drive would go without gifts this Christmas.

"It's all about knowing the right person, and I've said that over and over with Baine Brooks," Burr said.

Brooks and a friend named Neil were well-connected and started working the phones and social media. But on top of all that, Brooks had space in his restaurant.

The state limits how many people can dine inside restaurants because of coronavirus, but it can't stop the number of toys being delivered.

"We have 7,000 toys in this restaurant right now," Brooks said. "I really see Christmas. I really see people coming together."

Brooks has dozens of bikes and board games and action figures filling up the walkway of his establishment. The impact on the community has been so profound, he said a woman came forward and wrote a check for $50,000 to make sure no children went without gifts this year.

"It brought tears to my eyes. It still does. It's chills, it's amazing," Burr said.

Burr said the agency is still collecting toys through mid-week. Drop-off spots are located at 2 Butler Drive in Allen. You can also reach out to the agency through its website.