Instead of patrolling on, the two officers pulled over and rendered aid. 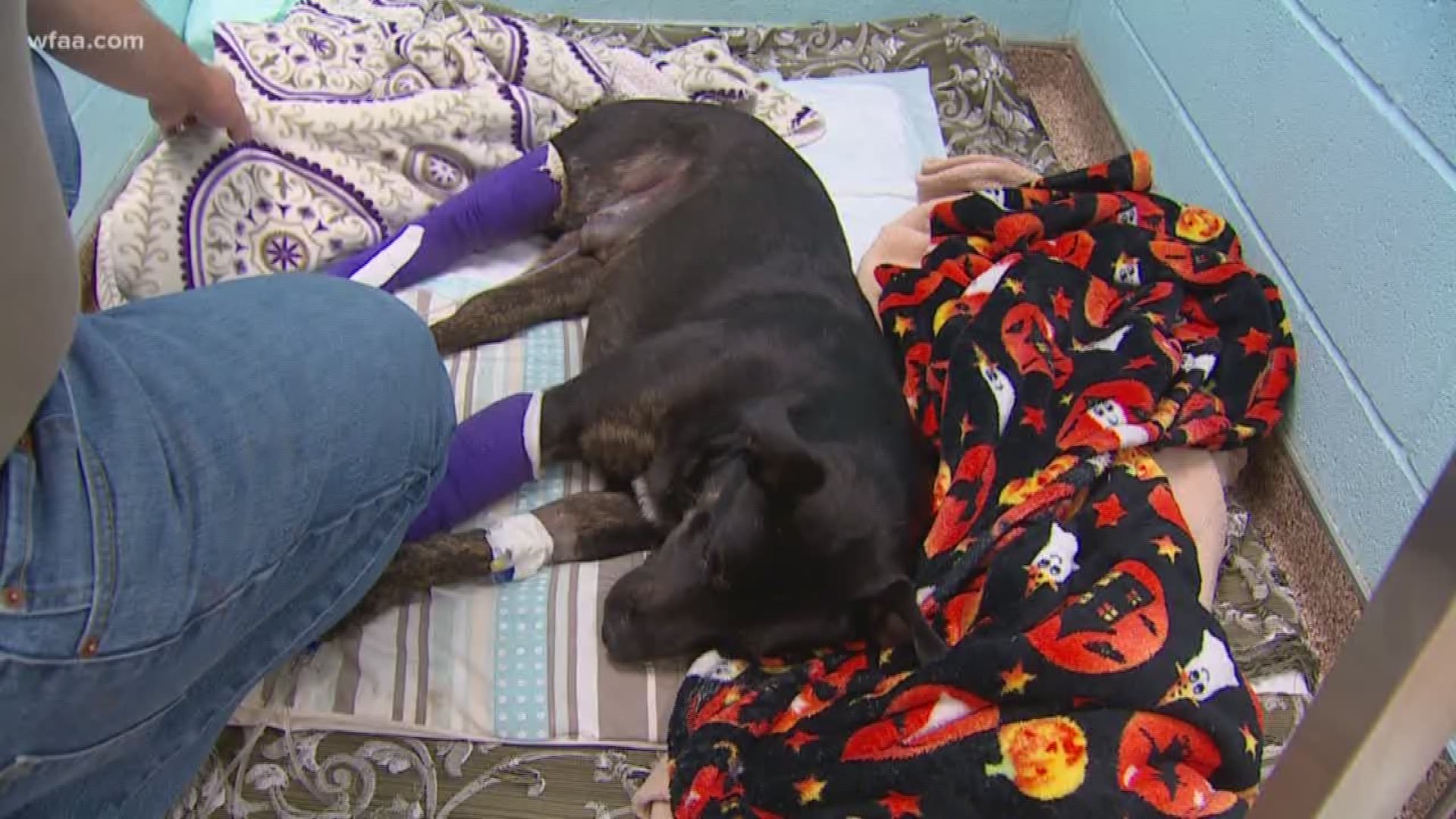 DALLAS— Two Dallas police officers are being praised after they stopped to comfort and save a dog that was hit by a car and left to die on the side of HWY 175 in the southeast part of the city.

Instead of patrolling on, the two pulled over and rendered aid.

They pulled the dog to safety, gave it water, and used their traffic vests as a blanket.

The non-profit says that the officers waited more than an hour for rescuers to show up.

“If they hadn’t stopped and rendered aid, he’d probably been just another statistic,” Kerry Anechiarico of Dallas DogRRR said.

The dog was taken to Frisco Emergency Pet Care, received pain medications, and two of his legs were placed in casts.

According to doctors there, the dog (which has been named Kaz in honor of Officer Kazmierczak) suffered internal bleeding, broke his two right legs, and shattered his pelvis.

“We have a lot to address with him surgically,” Dr. Michael Losasso said.

Losasso said that Kaz will likely undergo several surgeries and may not walk for weeks. However, he’s expected to recover and will eventually be placed up for adoption.

“He certainly could be a great family pet for somebody,” Losasso said.

And it’s all thanks to Kazmierczak and Blanchard. Dallas DogRRR said it has never seen police so such compassion.

“They went above and beyond the call,” Anechiarico said. “They protected him like they did us.”