A World War II Veteran in Watauga hopes you consider his birthday wish. James South is hoping to receive a 100 birthday cards for his 100th birthday. 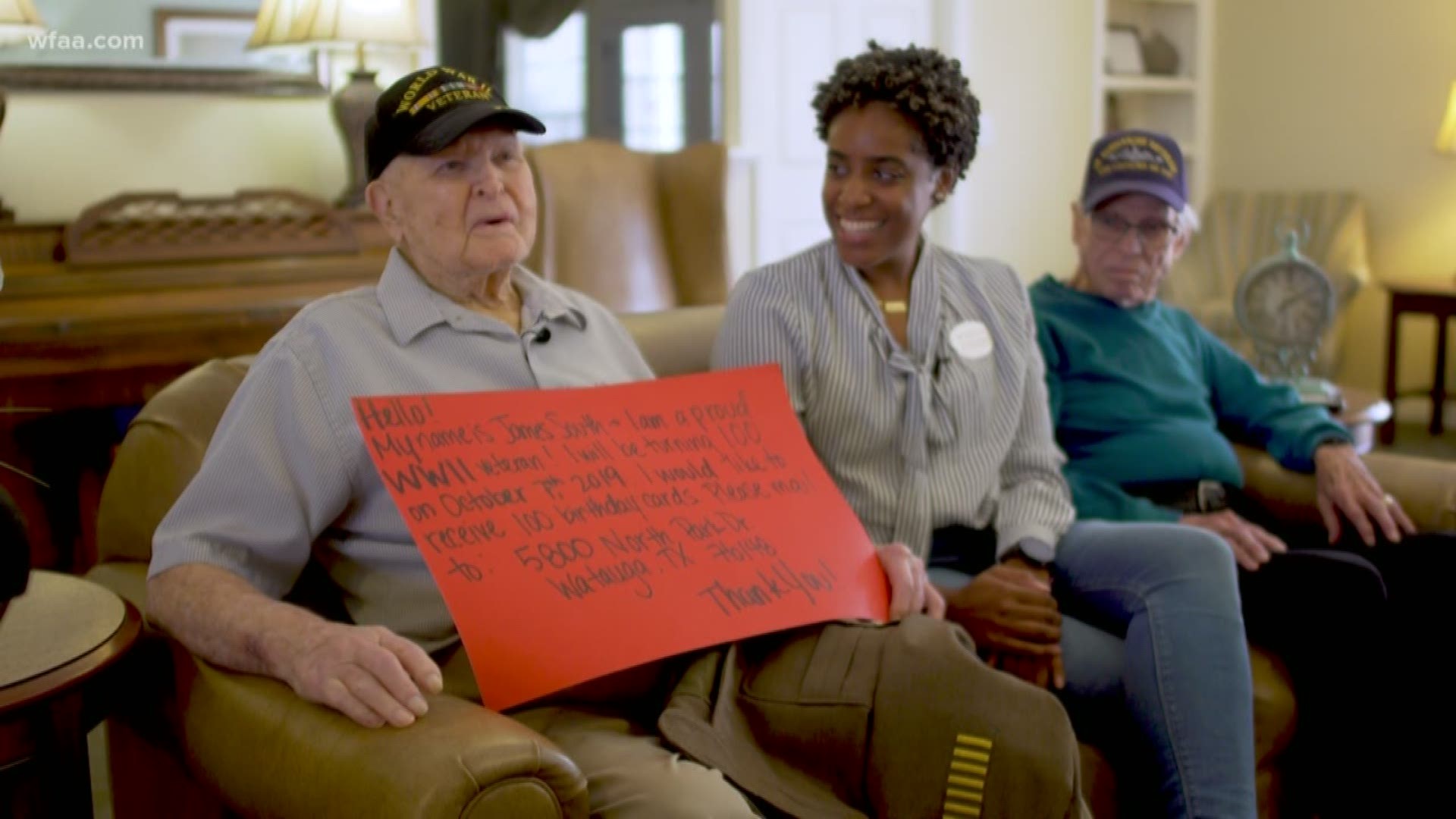 A World War II Veteran in Watauga hopes you consider his birthday wish. James South is hoping to receive a 100 birthday cards for his 100th birthday.

“It would give me a feeling that I am recognized for what I do, what I am,” South said. “And I would cherish it forever.”

South is now living at a retirement home in Watauga, but he was living on his own, on an acre in East Texas until he was 98 years old.

“He’s just very focused on sharing and teaching the things that he’s learned and fortunately I’ve been the benefactor of all of that,” his son Jim said. “He had served in the World War II back in the 40s, had been in Normandy about seven days after the D-Day invasion so he got to see an awful lot.”

And now his family hopes people give back to a man who has given the world so much.

His love for cards and letters started while serving in World War II.

That woman eventually became his wife. They were married for 55 years.

This week his retirement home posted a picture of Jim holding a sign asking for birthday cards as a way to celebrate his special day.

“Hello! My name is James South and I am a proud World War II Veteran! I will be turning 100 on October 7th, 2019 and I would like to receive 100 birthday cards,” the sign reads.

“Just showing a little love back for all the love that he has shown for so many years, to so many people,” his son Jim said.

If you are interested in helping out you can send the card to: