She calls herself Castaway Jaz, and her goal is to inspire more women to try fishing as a sport. 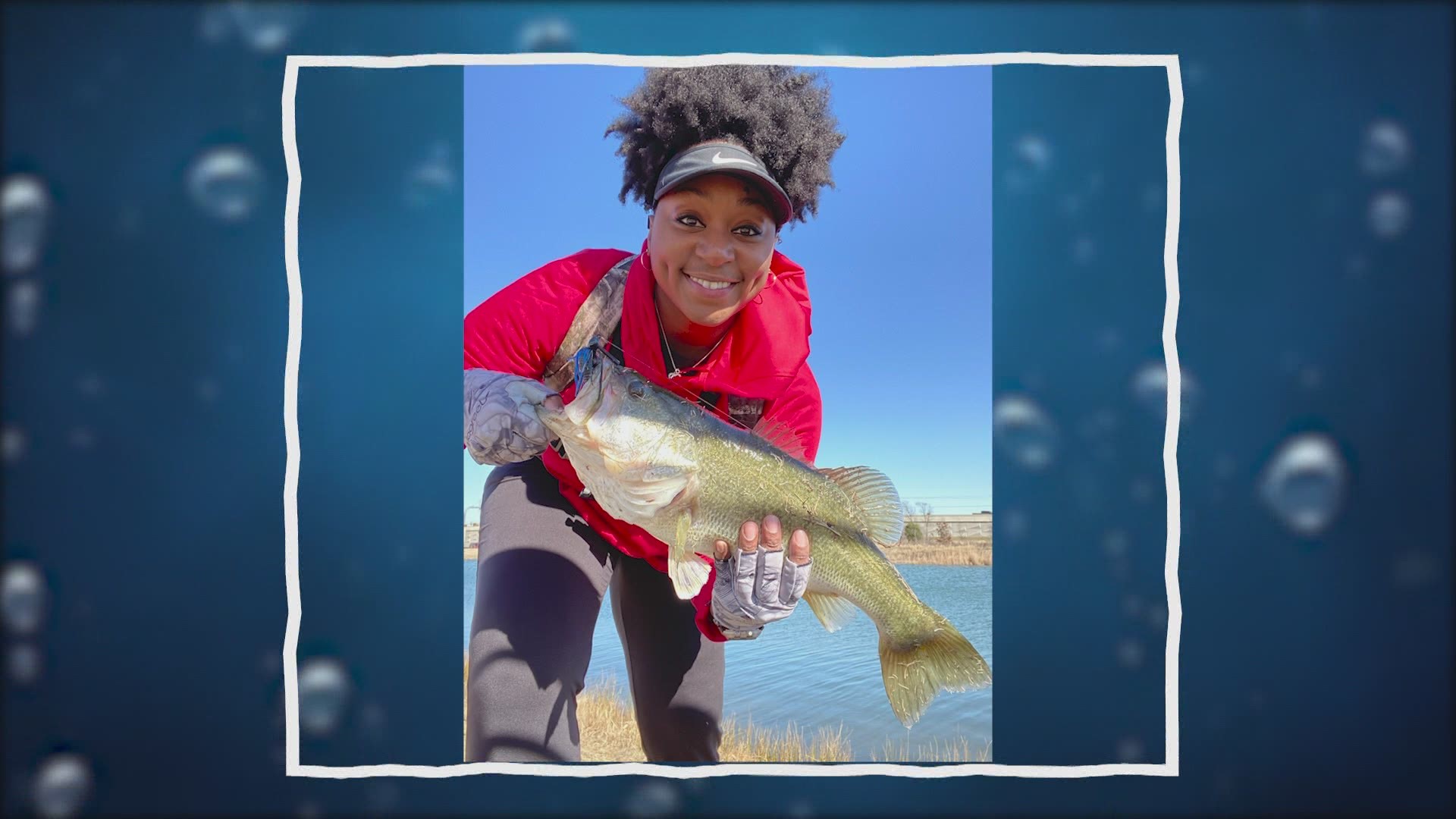 DALLAS — If you want to find Jazmine Robinson, chances are she is next to a body of water, but you’ll never know exactly where.

“I go in some ponds that are located in the residential areas; you know you’re not supposed to give away your spots,” Robinson said.

She’s a Dallasite living in Duncanville, and even though a man showed her how to fish, she wants to expose more women to the sport, hoping to prove this isn’t just a man’s game.

“A lot of Black women know about fishing, but not really the sport aspect of it – more just kind of catch and keep,” Robinson explained.  “As far as the sport, I can probably count on one hand how many Black women I’ve seen competing, and a lot of them are not in the inner city, they are in other states.”

During a brief hiatus between jobs, Robinson started an Instagram page dedicated to the fishing community.

“I spent that entire three weeks working out and going fishing and before you know it, things just started happening,” she said.

She's known on Instagram as 'Castaway Jaz' and she hopes to inspire more women to try fishing as a sport through her posts.

With nearly 3,000 followers, her Instagram page continues to attract new visitors – many of them are women wanting to learn more about the male-dominated activity.

“The goal is to share my journey and to show that you can start from here and end up here, because if you go back to my first photos and videos, aw man,” Robinson jokingly added. “Now I’m just out here slaying these fish.”

Utilizing YouTube to sharpen her skills over the last 8 years, she’s grown to love the sport and is on track to share her passion with the world.

“My main goal is to inspire people, inspire women especially, to just get out there and go for it. It’s okay to mess up, but you learn from that mistake,” she explained.

She’s been covered by multiple media outlets, including the Dallas Weekly, and most recently featured on the cover of Southwest Now – a regional magazine in Southern Dallas County.

As for what’s next?

“I would probably participate in more tournaments,” she said. “I did an online tournament with some ladies in some other states. The next level would be to get out there and compete and compete for some prize money.”