"There's a tall fence, pond, lots of shrubs. I think she came in here for protection," Alice Seiz said. "I'm not trying to domesticate them, just letting them be." 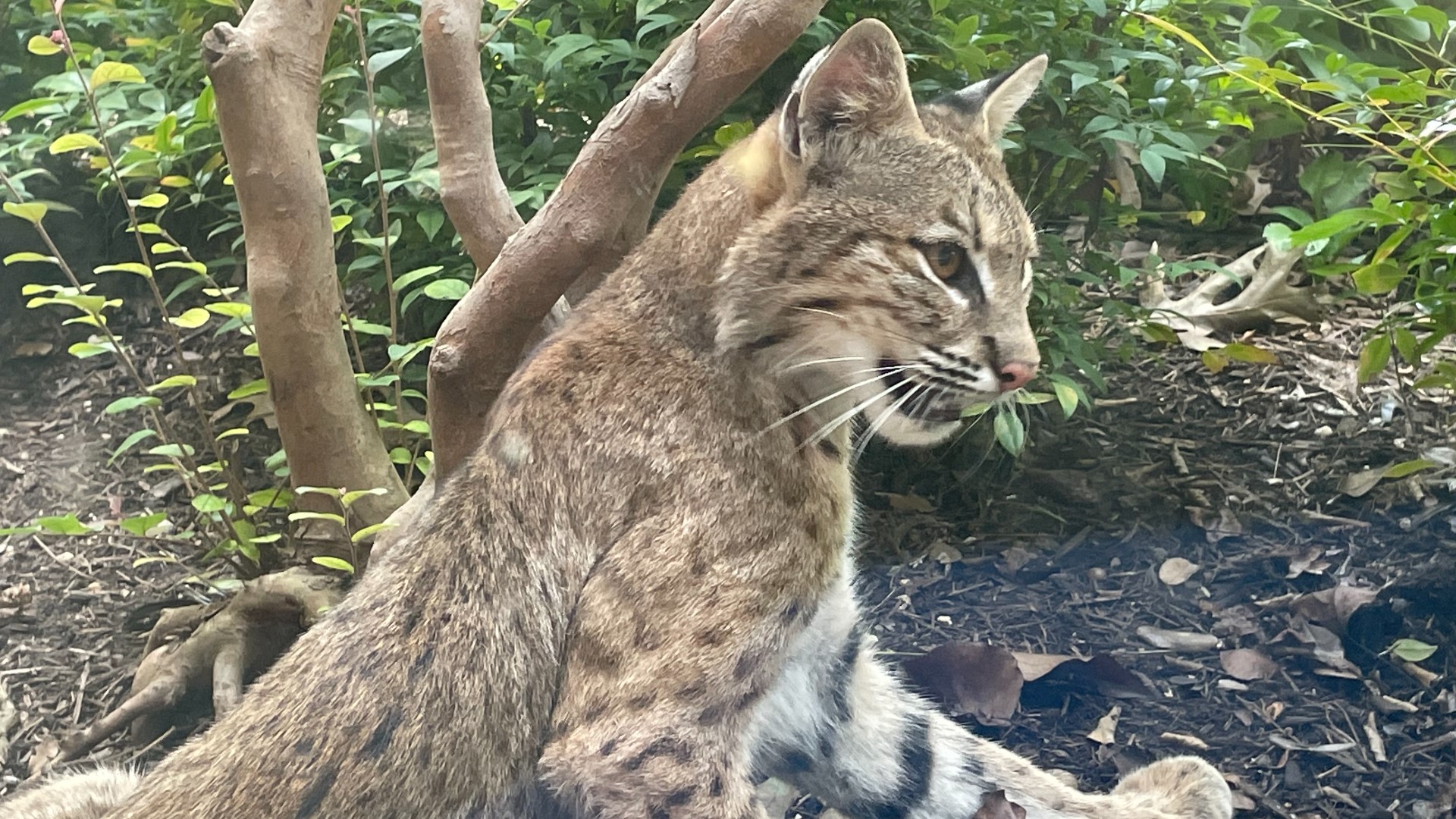 RICHARDSON, Texas — A woman in Richardson got some surprise backyard guests almost two months ago, and they haven't left her home for good just yet.

Those tenants? A mama bobcat and her three kittens.

Talk about some WILD guests.

A Richardson woman got quite the surprise almost two months ago--a mama Bobcat had three kittens in her backyard...and they haven't left just yet!

It's made for some crazy photos and videos.

More at 10 on @wfaa. pic.twitter.com/LDOCyZJXeL

The family showed up in Alice Seiz's backyard almost two months ago, around late June.

Seiz said that she had noticed a pregnant bobcat roaming the neighborhood and was shocked when she was in her backyard and saw it in her shrubs...protecting its kittens.

"She was right there, just right there. I turned my head, and there was this big cat, and I was like, 'Oh hi, mama kitty!' " Seiz said with a somewhat nervous laugh.

"I kept my cool and backed up into the house and just left her alone."

Since that moment, Seiz says the mama cat has claimed her backyard as a den.

"It makes sense. There's a tall fence, I have a pond for a water source, and there's a lot of shrubs," Seiz said. "Right now, they have a den under my deck."

Seiz isn't a crazy person. She's not domesticating the animals, feeding them, or allowing her pets to wander around the backyard.

Here are some more pictures from both neighbors and the woman. pic.twitter.com/1GfYgKyC7B

She's even notified the neighborhood via social media, and lots of people have chimed in saying they have spotted the mother bobcat, too.

Most aren't surprised or up in arms, Seiz said. Breckenridge Park is down the road, which is over 400 acres -- so small and wild animals come with the territory.

The Texas Parks and Wildlife Department has reported, too that bobcats are showing up more often in urban areas of D-FW versus rural areas due to less available habitat and a high abundance of prey in urban neighborhoods.

Rachel Richter is part of the Texas Parks and Wildlife's Urban Wildlife Program.

She said that bobcats are incredibly adaptable and don't want to be around humans.

"They have found a way to survive around humans. They do a pretty good job avoiding us, so there may be some in your neighborhood...you just don't ever see them."

Still, Richter says it's not a good idea to feed bobcats, especially in areas where they're not supposed to be.

There's a chance that small pets could be targeted if left outside. She said that it's a good idea not to leave out trash or pet food if you don't want them around you.

"If you encounter one, the best thing to do is just leave it be, but if you want it to leave, you can make noise, and it will generally run away," Richter said.

Seiz hasn't done those things. Her home is right next to the park, and she figures she'll just let nature do its thing.