Ben Guilherme said his 2-year-old French bulldog was stolen from his backyard. 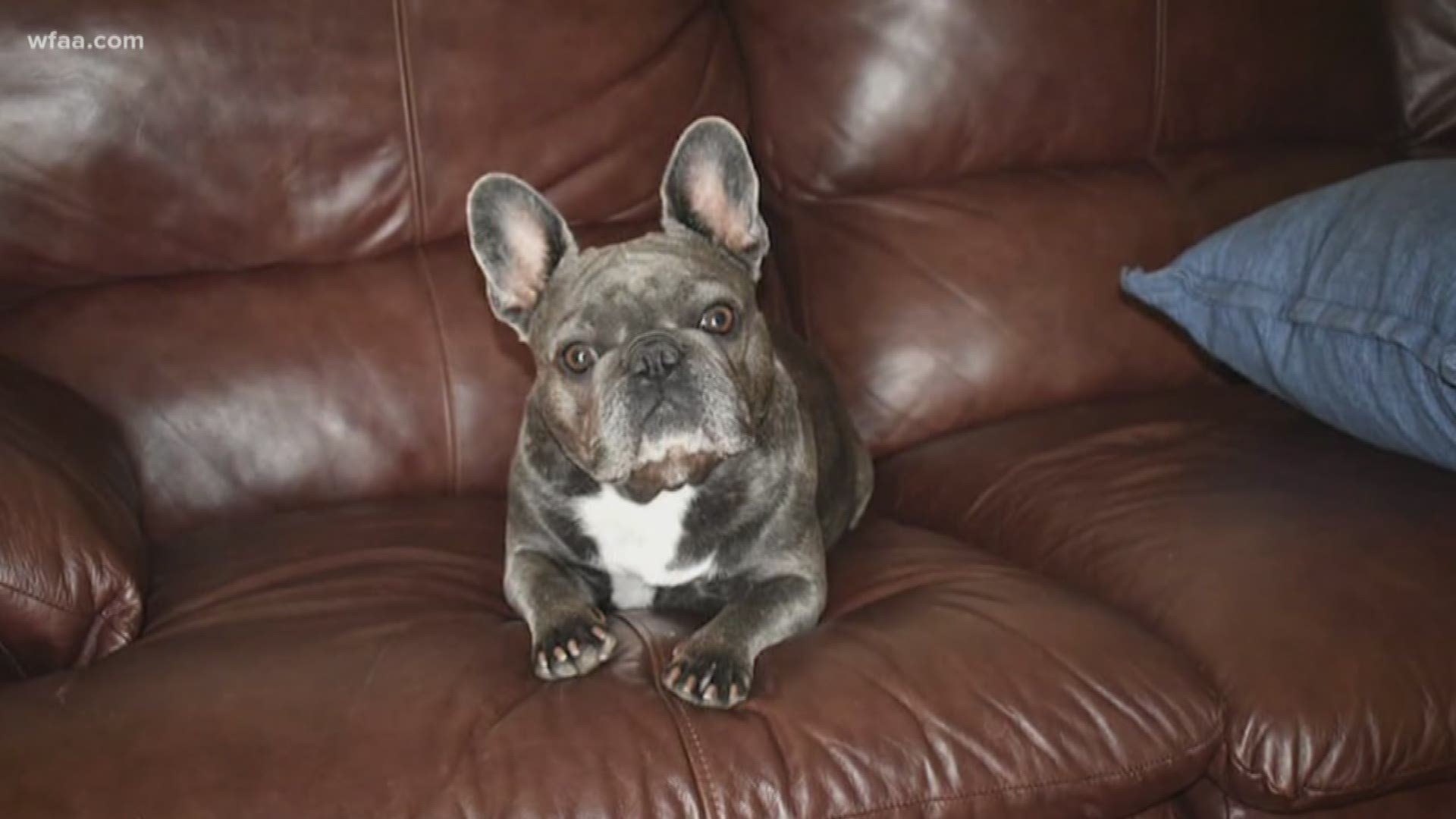 DALLAS — Some pet owners in North Texas are using social media to alert others about thieves they say are targeting French bulldogs.

Guilherme said he has been worried about his dog Maddie ever since the 2-year-old blue brindle French bulldog was stolen from his backyard on Symphony Lane in Dallas' Buckner Terrace neighborhood on Jan. 5.

“Someone physically had to climb my fence, grab her, and jump back over," Guilherme said of the suspected dognapping.

Guilherme said his dog was stolen shortly after being let out in the backyard.

”I left her for about 10 minutes, maybe. Came back inside. Did a couple of things to get her and my two other dogs," Guilherme said. "And when I came back Maddie was missing."

The pet owner has been spending his days launching a frantic search for the dog, which he describes as a major part of his family.

Guilherme is offering a reward for the dog’s safe return home. He has been canvassing the neighborhood, posting messages on social media and working with services that check local veterinarians.

Other dog owners have shared stories of similar thefts.

Irving police confirmed they are also working a separate case where two French bulldogs were stolen in December.

“With them being so popular, I don’t think anything stands in people’s way of making a quick buck," Guilherme said.

According to some estimates, French bulldogs are among the top five most commonly stolen dog breeds across the country.

For now, Guilherme is reporting the theft to the Dallas Police Department and said he is praying for his dog’s safe return home.

He said he’s noticed changes in the demeanor of his other dog since Maddie’s disappearance.