An officer who was concerned the animals would be euthanized, posted the photos on his personal social media page searching for help. 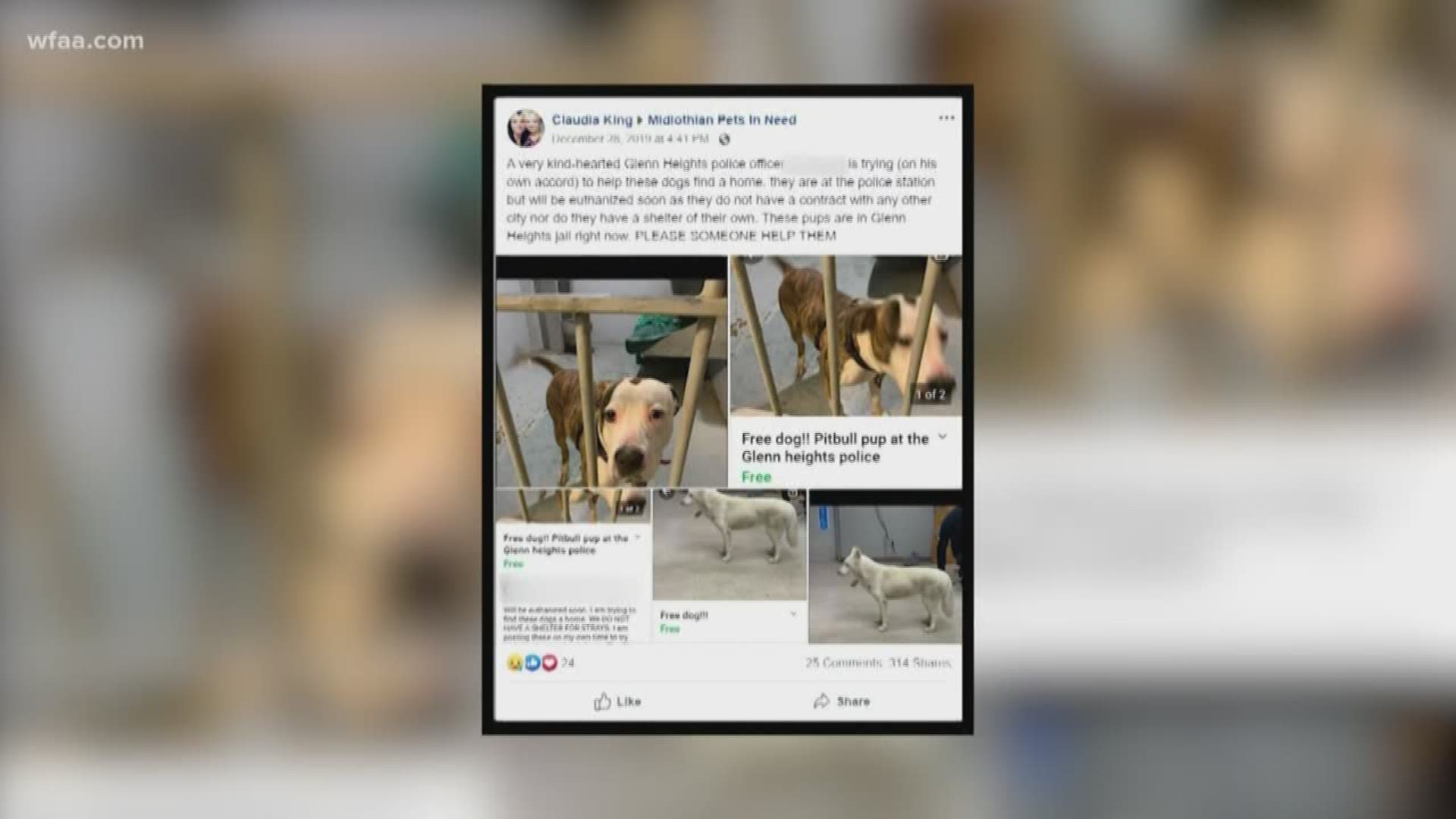 GLENN HEIGHTS, Texas — Two dogs that are being housed in the Glenn Heights Police Department jail are not in danger of being euthanized. Instead, they will soon be on their way to their new homes.

A Glenn Heights police officer posted the photos of a pit bull mix and shepherd mix on his personal social media page. It was picked up and shared by multiple animal rescue groups who also shared the officer's concern that the dogs were in danger of being euthanized if they could not find them homes.

According to the online post, the strays were being housed at the jail because the city does not have an animal shelter of its own and does not have a current agreement with another shelter facility.

A spokesperson for Glenn Heights, speaking for the police chief who was not available for comment, says the animals are safe. The spokesperson said both dogs have received commitments from local families to adopt them, including one being placed with a member of the Glenn Heights City Council.

“The dogs that were listed on the officer’s NextDoor post were not in danger of being euthanized, but we are happy to have had such a quick response from residents who are willing to welcome new furry friends into their family," said Glenn Heights Community Engagement Administrator Lauren Lewis.

Lewis also says that more than 87% of captured animals in Glenn Heights have been either returned, rescued or adopted within the last year.