“Just another day in the pastures, ya know?” joked Bob Crowell of the discovery of a rattlesnake in his truck's air vent. 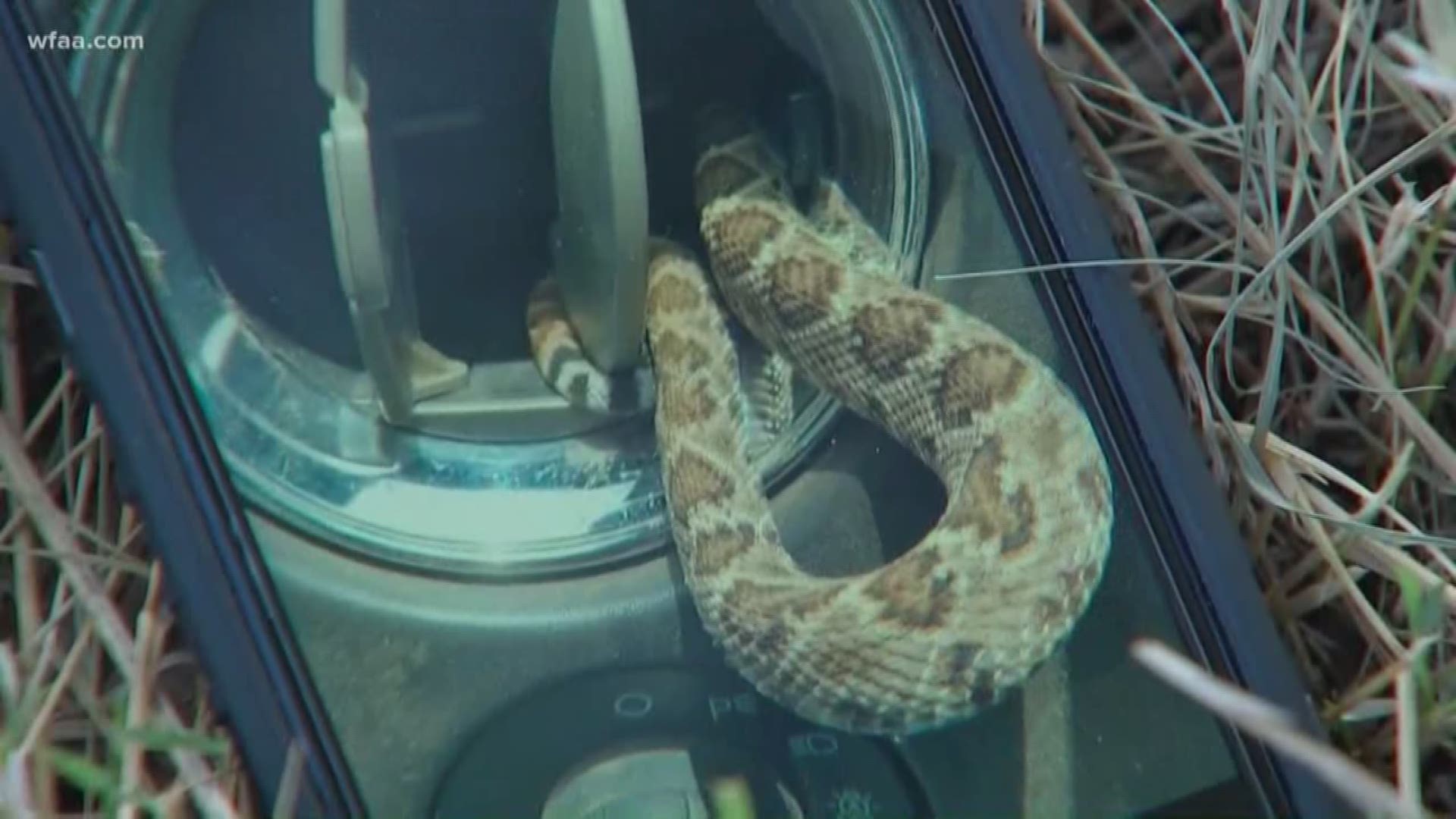 Bob Crowell has worked in fields for years, and every day is a new experience.

Last Monday was no exception. Especially after discovering a foot-long rattlesnake in his truck’s air vent.

“We came in and found it in the air conditioner vent when we were driving out in the field,” Crowell said of the snake surprise in Hood County.

Crowell said he uses a bag to cover his air compressor. But one night last week, he left the bag on the ground. The next day, he rolled up the bag and put it in his truck. He believes a snake slithered out of the bag and made its way into the air vent.

“I started wondering wonder what kind of snake that is and all of a sudden I could see the striped tail and the rattlers and I could see the pattern on his back," Crowell said. "And I was like, well, this is a dangerous snake."

It was a foot-long rattlesnake.

“A rattlesnake is one of the poisonous snakes you can get,” Crowell said.

He said he was able to get a tool and safely remove the snake, which he released back into the field.

He posted a video of the experience on Facebook. As of Thursday night, the video had nearly six million views.

“I’ll sell all the views for a penny a piece,” Crowell joked.

For many people, the rattlesnake discovery would have been a frightening experience, but for Crowell, it was just another day at the office.

“Just another day in the pastures, ya know?” Crowell said with a laugh.