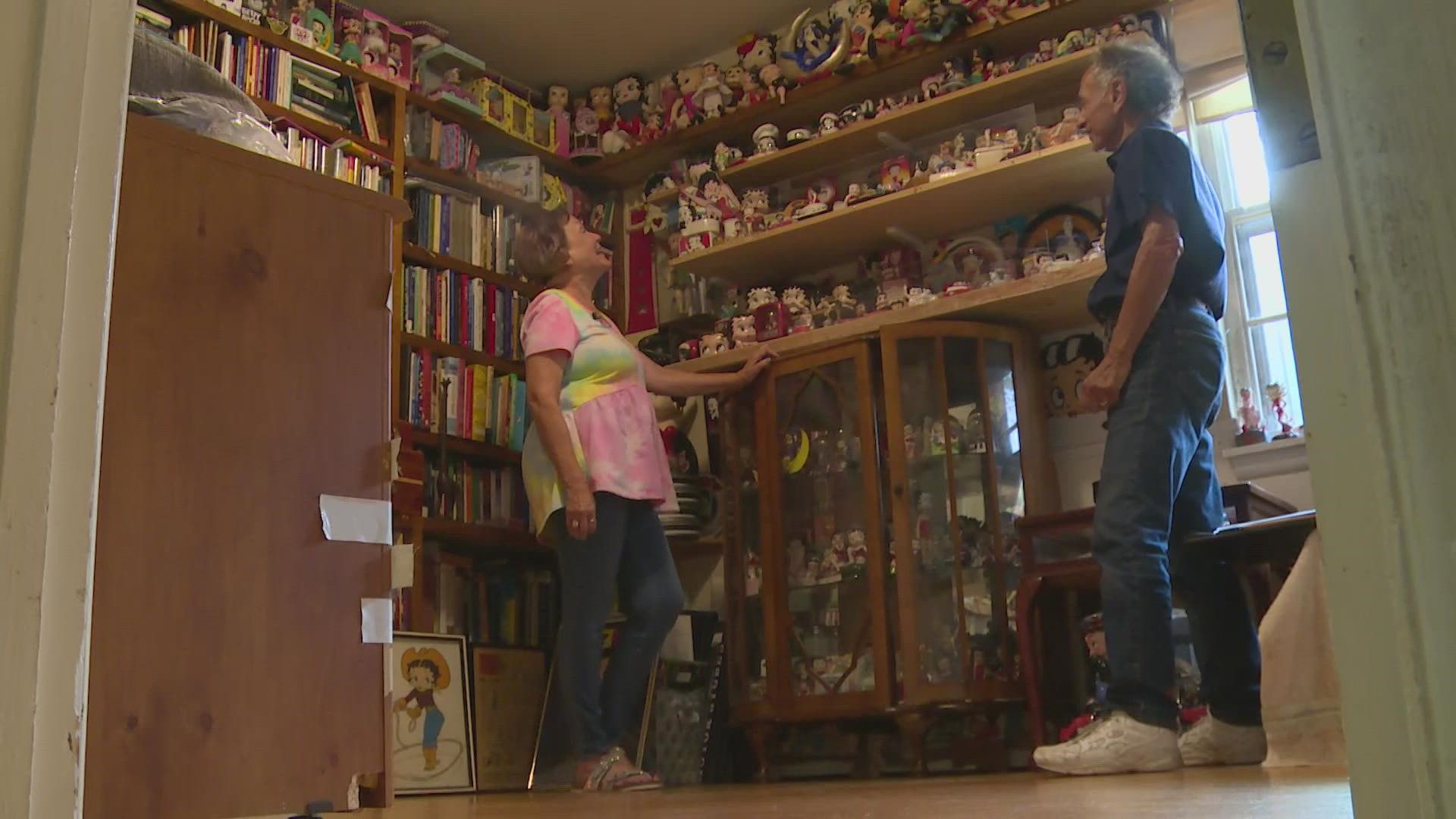 ARLINGTON, Texas — Leonard and Janet Ellis, of Arlington, have been happily married for 28 years.

But Janet says, even though they worked in the same building, they likely never would’ve met if it wasn’t for her good friend, Betty.

“I was putting up my Betty Boop paraphernalia in my cubicle, and he walked by and said, ‘Betty,’” Janet recalled. “And I said, ‘no, [my name is] Janet.’ So, that was it.”

Janet was a big fan of Betty Boop when Leonard walked in to her life. Little did she know, he was the one who would fuel her obsession.

Since getting married, they have collected nearly 4,000 pieces of Betty Boop memorabilia, which they say will soon be a Guinness world record.

Plenty of people have referred to it as an addiction.

“Well, the therapist did,” Janet laughed.

In the beginning, Janet was the one who loved Betty Boop.

After the wedding, Leonard, an engineer, became equally infatuated.

So much so, he wrote the book on Betty Boop. Literally.

He spent hours researching her history and putting together binders filled with his findings. He eventually published a book, too.

Today, their entire guest room is dedicated to their addiction.

“Literally, we got this house so we could put Betty out,” Janet said. “Nah, I’m kidding.”

But the biggest piece of the collection? It doesn’t even fit in the house: Leonard got Janet a Betty Boop car for her 40th birthday.

What would drive anyone to go that far for Betty Boop?

Janet and Leonard say it’s not for the character, but what she stood for.

“She was a role model for women’s liberation, for standing up for your rights, for not taking any abuse from anyone, and that really impressed me,” Leonard said. “Those things are important to me, because I want to see the world different.”

That’s quite the lesson to get from a simple cartoon.

Respecting and caring for others. There are certainly worse addictions.