Rowing program gets underserved youth headed in the right direction

Row Dallas allows kids in underserved communities to learn skills that extend beyond the water. 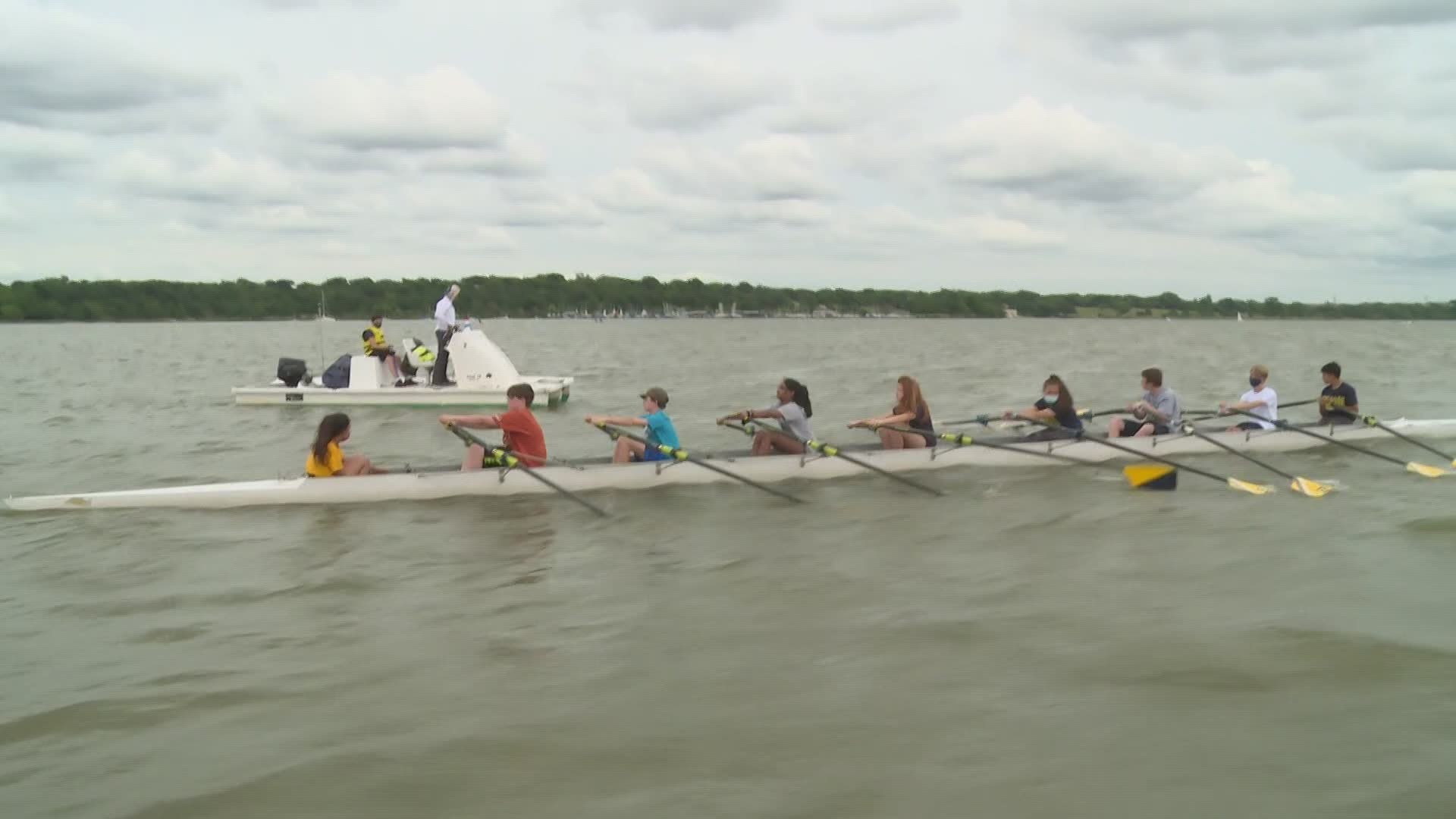 DALLAS — For most eighth-graders, life doesn’t get much harder than a math test.

But for 14-year-old Jeremy Belgrade, his problems were bigger than just algebra.

“My grades were really bad,” Belgrade said. “Most of my grades for every semester were mostly failing. I only had like one passing grade.”

Belgrade says that all changed when he got an invitation to the lake.

It came from a program called Row Dallas, which offers kids in underserved communities a chance to try rowing.

Nan Miller is their coach.

“We’ve got kids coming from different neighborhoods and different schools and different walks of life,” Miller said. “At the end of the day, they’re all in here to do the same thing. They all know they have to work together to make something happen.”

Virtually all of the kids don’t know the first thing about rowing. The program, part of Dallas United Crew (DUC), is offered at no expense. If the kids don’t have a ride to White Rock Lake, DUC will provide one.

The goal is to teach lessons in teamwork, hard work, and focus, in order to keep the kids from sinking on the lake and in school.

Row Dallas carves out time before each practice for the kids to focus on schoolwork in order to be a part of the team.

“You get to push yourself to limits that you never have before,” Belgrade said.

Belgrade has indeed pushed himself, not just in the water. Thanks to the lessons learned at Row Dallas, he’s now passing every one of his classes.

Belgrade and the other students will have the chance to later join the high school team and potentially use rowing to earn a college scholarship, something that was once inconceivable for many of them.

“A lot of things are really possible for me now that I’ve tried and put an effort into things,” he said.

It helps that he’s not alone.

The kids say if just one rower goes their own way, the whole boat could tip and any hope for success would go under.

“Team members are mostly everything you do,” said eighth-grader Karl Straghan. “You can’t move a boat with just yourself, you need a whole team.”

“They’re in it together,” Miller added. “You can’t move a boat on the water if everybody in that boat isn’t working together. It won’t happen.”

Too often, whether race, religion or politics, adults like to divide each other into groups.

But if these kids have proven anything, it’s that the only way to move forward is together.

“There’s no such thing as a group,” Straghan said. “More of a family split into different parts.”

In order to go anywhere, we have to realize we’re all in the same boat.