Past sightings that have spurred complex UFO conspiracies in North Texas

No matter the era, the fascination with UFOs has never grown old. 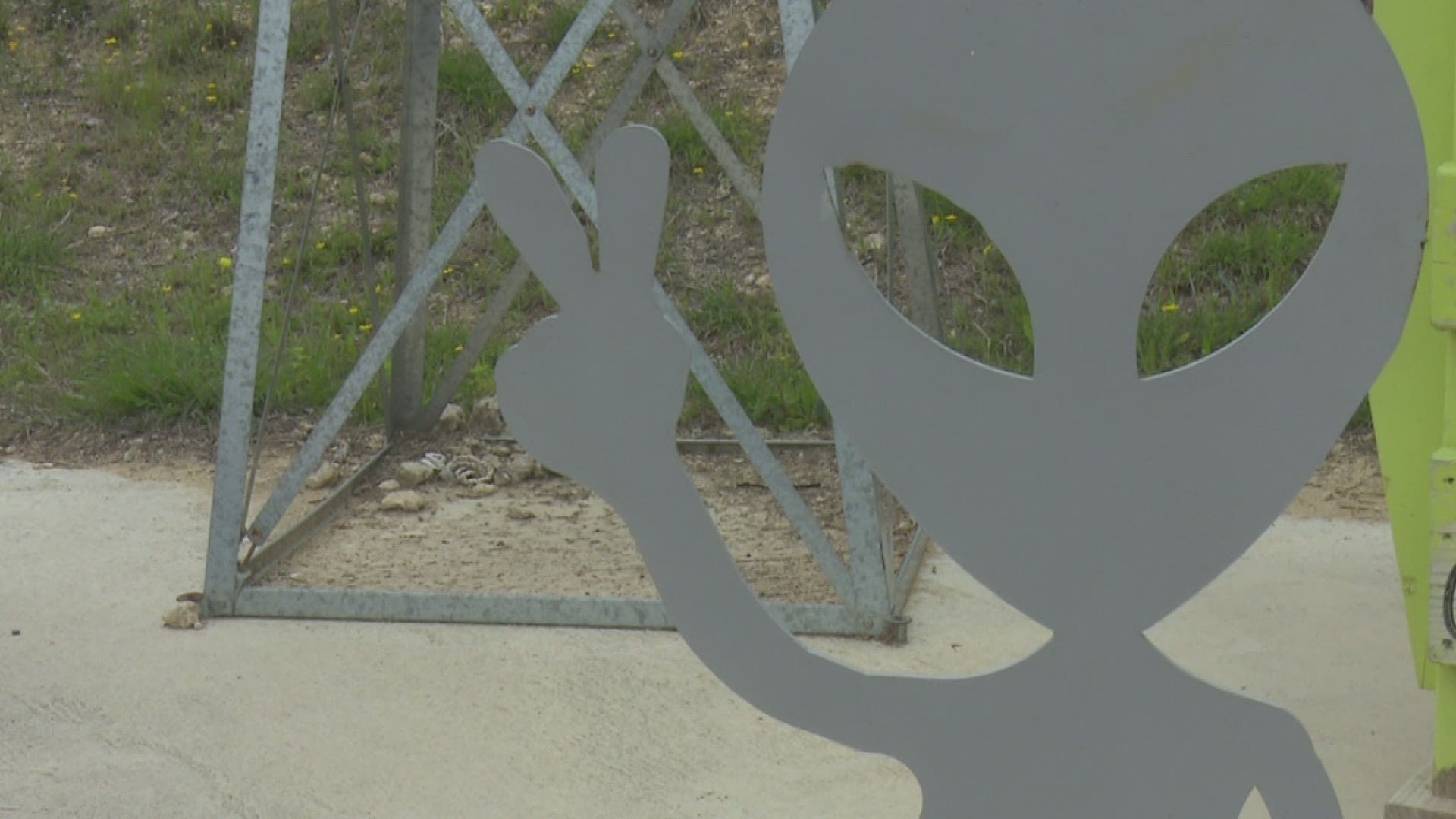 AURORA, Texas — So long as there are stars in the sky, the question will be asked if there is life out there. It is a possibility we have never been able to completely dismiss.

Especially when we think we see an answer.

Within the past few months, our imaginations have gone wild after a silver monolith in Utah spurred curiosity and copycats.

Then in February, a recording from the cockpit of an American Airlines flight captured the pilot reporting a “long, cylindrical object" quickly flying by above the plane.

The fascination with unidentified flying objects and the chances they carry alien lifeforms is timeless. WFAA stories from the 1970s preserved by the SMU Jones Film Library show a variety of different sightings and discoveries prompting the same theories, conspiracies, and explanations we see today.

In 1974, the National Enquirer’s Blue-Ribbon Panel of UFO Investigators came to North Texas to examine a silver sphere approximately the size of a bowling ball. The man who discovered the sphere answered questions about how he discovered it lying undisturbed on the ground but could offer no explanation as to how it got there.

In another story a year earlier, a woman driving home to Dallas from Denton said she saw something in the air that was “silver and reflecting light.” After looking down at the road, she starred back at the sky and the object was gone.

One UFO “expert” hypothesized that United States conflict in the Middle East may have captured the interest of extra-terrestrial life and they could be arriving to “witness the beginning of the end.”

But when talking about UFO stories in North Texas, one sticks out more than any other. A sighting and story in 1897 have only grown in stature and legend in Aurora, Texas.

The small town located 26 miles north of Fort Worth has fully embraced the story of “Ned the Alien” and his supposed spaceship’s collision with a windmill. When the pilot’s otherworldly body was discovered in the wreckage, the legend is told it was buried in the Aurora Cemetery.

A 1973 WFAA story shows a UFO bureau from Oklahoma City walking the cemetery looking for an unmarked burial site using metal detectors to comb over a nearby well where the windmill once stood.

“I would say the evidence has accumulated until now there is no doubt in my mind it is authentic and there is something here,” said the director of the UFO bureau.

However, he admitted legal hurdles would keep them from doing any digging at the cemetery and the mystery remained buried.

In 2017, WFAA reporter Kevin Reece revisited the site of the old well and the cemetery for the 120th anniversary of the crash and found both plenty of believers and non-believers. But no matter what lies beneath, Aurora is ready to welcome curious visitors interested in the legend. A big silver spaceship and windmill sit by the roadside sign welcoming drivers to “Aurora: A Legendary Western Town.”

A Texas Historical Commission placard sits outside the entrance to the Aurora Cemetery and tells the story of the crash and the belief the cemetery is the final resting place for a life that began on another planet.

The presumptive resting spot is marked by a giant rock adorned with pennies and written messages from visitors paying their respects and satisfying their curiosity.