After asylum seekers are processed at the U.S.-Mexico border, many board buses that bring them through Dallas 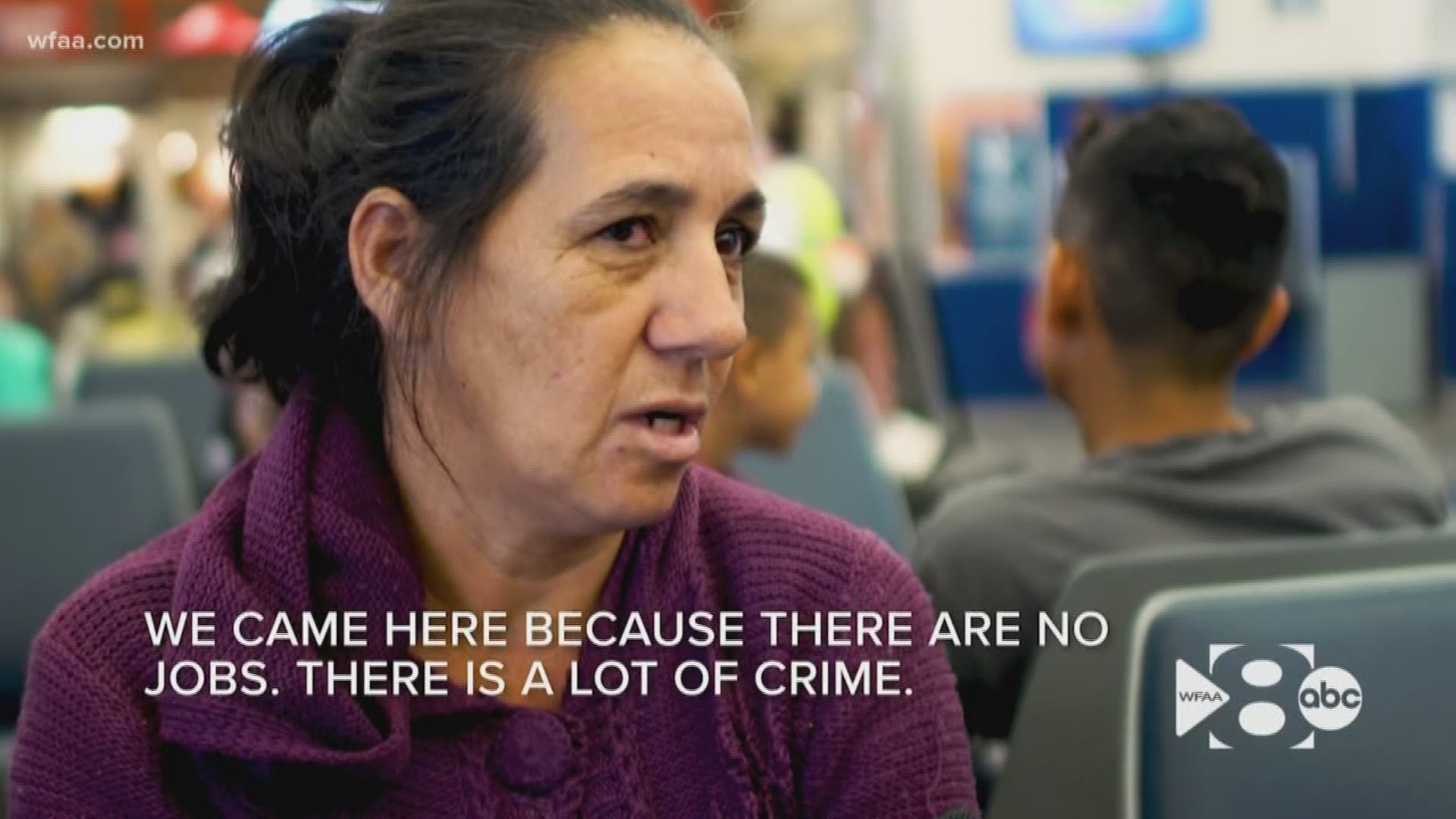 DALLAS — There is no Statue of Liberty in downtown Dallas or a waterfront port, but in the center of the city, vessels are arriving carrying immigrants.

The Greyhound bus station on S. Lamar Street is a place thousands of people pass every day without going inside. But at all hours of the day and night, families are there who are experiencing the United States for the first time.

Next to the Pizza Hut and the vending machines, under harsh florescent light, they huddle together for hours or even days to wait for their next connection. They are the fathers, mothers and young children who have just been released from detention centers. Everything they have is packed in a few bags as they navigate a new, foreign world.

"We came here because there are no jobs. There's a lot of crime. And we're searching for a better future for our families," said Lydia from Honduras, who spoke in Spanish.

She came with her teenage son, and she said they spent six days in a border processing center. When they were released, they were given a bus ticket by a charity and a printed sign saying that they don't speak English and need help to get on the right bus. They plan to continue on to the Northeast to meet family members.

"My wish is to be able to work here," said Lydia.

Some of the migrants who arrive via bus will live in North Texas, but for many, this is a layover before they board buses to places like Chicago, New York or Washington, where they hope extended family or friends will help them start a new life. And the bus they take from Dallas is more than just a destination. It can potentially decide their future.

"It can make a huge difference in their case," said Pilar Ferguson, an attorney with Human Rights Initiative of North Texas Inc.

As director of the asylum program, she works with many migrants to help them with their applications. Ferguson said that where they choose to live in the U.S. can determine which court will hear their claim, and ultimately whether permanent asylum is granted for migrants who are victims of things like gang violence.

"Here in Texas, they don't like those types of cases. They won't grant them asylum. But that doesn't mean they don't warrant asylum," Ferguson said.  "It just means the case law within the Fifth Circuit in Texas is different than if you were in California, if you were in New York, if you were in Miami."

At the bus station, Esperanza from Ecuador was waiting recently with her 5-year-old daughter and 14-year-old son.

"In my country, crime is tough. They kidnap children. The economy is very troubling," she said in Spanish.

She said she spent all their money to make this journey with her children, but her daughter's father is still in the detention center at the border. For now, their family is split.

"That's what hurts the most. Four of us came and now there are only three," she said.

Her name, Esperanza, means hope, and that is what she has. Like so many, she is starting a new life with a stop in Dallas.