“It is as accurate and as precise as an oral thermometer,” said Dr. Murray Cohen, an epidemiologist advising Wello. 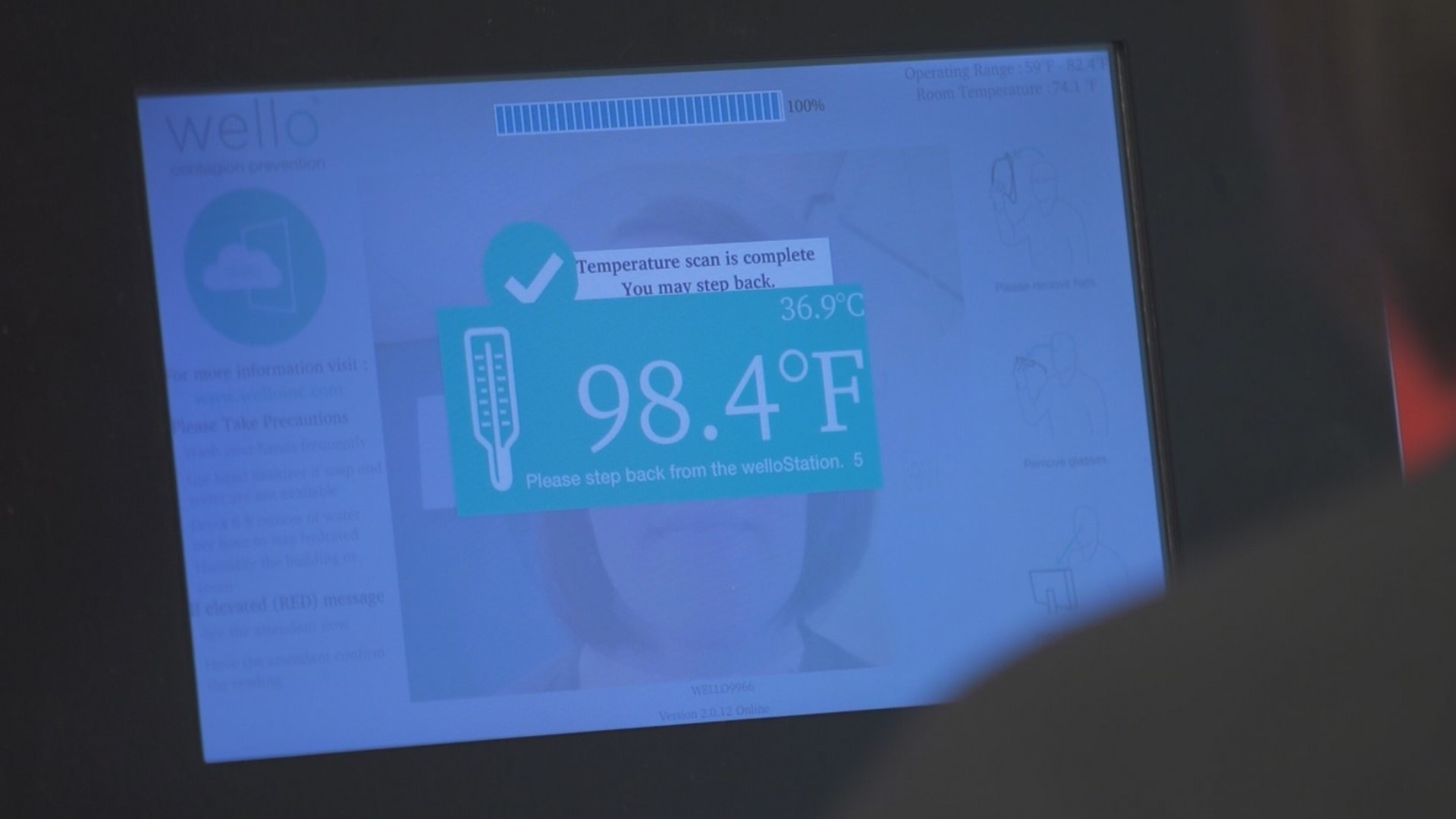 ADDISON, Texas — Inside a fourth-floor lab at an Addison office is technology that is not sold in stores.

“We don’t know your name or your Social Security number, we know your face. If we see it again, we actually know what your baseline temperature is,” said Rik Heller, founder of Wello.

The device that Heller’s company makes is called a WelloStationX and can measure a person’s temperature without touching the body.

“It looks to a very narrow place on your forehead in your canthus and the canthus is right there and that is the warmest place on your face,” Heller added.

When a person stands in front of the device, sometimes mounted on a stand, an infrared camera quickly calculates this or her temperature, connecting it only to your image.

Since temperature is the first indication of contagiousness, Heller said, the WelloStationX is designed to identify who’s sick and separate them from those who are not.

“It is as accurate and as precise as an oral thermometer,” said Dr. Murray Cohen, an epidemiologist advising Wello.

Next week, Heller said he is invited to take the technology to Laredo for a meeting with Customs and Border Patrol.

The surge in asylum seekers coming across the border naturally includes people who’ve gotten sick along the way.

Currently, many of those individuals, who might not be showing symptoms other than a fever, are handled by officials who are not wearing gloves and often housed in areas with people who are well.

In McAllen, Border Patrol closed a detention center in May after a flu outbreak killed a 16-year-old.

Canada and Japan have this technology in hospitals right now and so do the local jails in Collin County and Denton County. The scan takes about two seconds to complete and if someone has a fever, it will then send an email or text alert to the person in charge at that facility.

During Dallas’ Ebola scare in 2014, the WelloStation screened hundreds of students at five Dallas ISD schools.

“It needs to be, from our point of view, used on an emergency basis at ports of entry. We have presented that to Homeland Security,” Dr. Cohen said.

It is a screening tool, not a diagnostic one, designed to keep people healthy by stopping the sick from spreading their illness.

RELATED: Migrant deterrence policies in question after deaths at the southern border