The singer stands out in country music, an industry with few Black women. 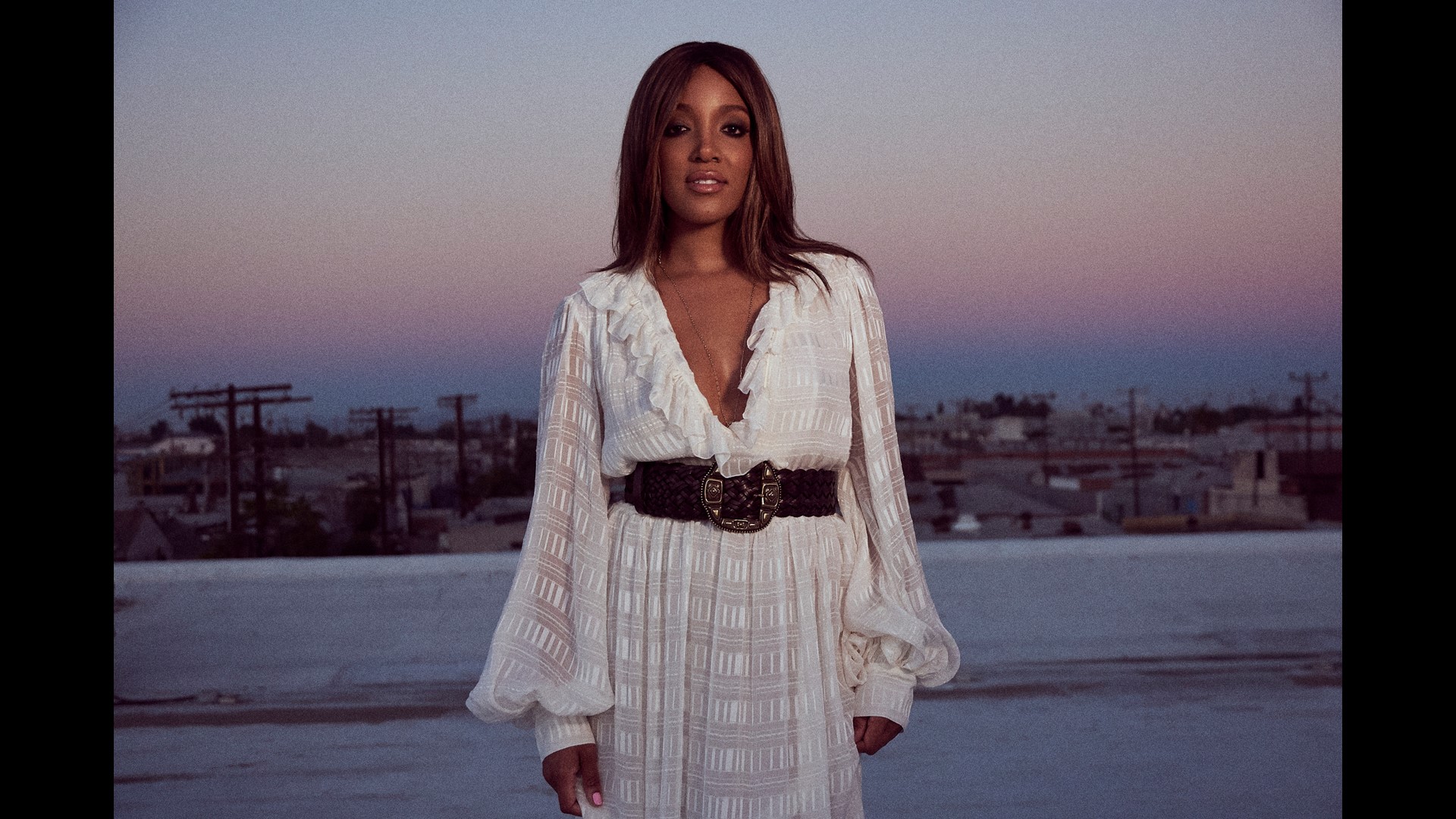 ARLINGTON, Texas — Country music has always been about storytelling and Mickey Guyton has a story to tell.

But it took the Arlington native nearly a decade to find her own truth in her music.

"Country music is three chords and the truth," Guyton said. "I was writing everybody else's song and I wasn't writing my song."

Her new identity in music was realized in a conversation she had with her husband a couple years ago.

Guyton was born in Arlington and raised mostly in North Texas. The second oldest of four children, she lives in California with her husband now, but still calls Texas home.

"[Driving Highway] 360 and the sky is the one thing that's just home for me because you can see so much of it," she said.

Her family told WFAA that Mickey picked up music early and her talent was undeniable. Guyton sang in the church choir at Mount Olive Baptist Church in Arlington.

"My parents have never taught us to hate, to fight for what I believe but respect other people and love on other people," she said.

Guyton knows she stands out in country music and needed thick skin to survive in an industry with few Black women.

"If you look on country music charts right now, that alone will tell you we're not there yet," she said.

Last year she wrote her song, "Black Like Me," and released it this year, during a pandemic and widespread protests for social justice.

"For some reason, once the world stopped, people were able to hear it," she said.

She said the song was finally her genuine self. Lyrics for the song read, "If you think we live in the land of the free, you should try to be Black like me."

The song was born out of Black people unjustly killed by police. Guyton says cases such as those involving Atatiana Jefferson and Botham Jean encouraged her to write the song a year ago.

"Black Like Me" gained attention after its release in wake of the deaths of Breonna Taylor and George Floyd at the hands of police officers.

"It's sad that it took somebody's death for people to be able to hear this song differently," Guyton said.

Writing the song was a risk. At one point, executives at the music label talked about getting security for the singer "just in case too many people were upset about it."

As the nation was struggling with its identity, Mickey Guyton was finding hers. And realizing that her identity was not the norm.

She has made it a point to include more women and more culturally diverse voices. Guyton said that country has been a male-dominated industry since the beginning, but feels the tide turning a bit.

Now her music is about fighting for women, the marginalized and diversity.