How a Holocaust survivor, now Dallas resident came to trust a new college grad to write his life story

Max Glauben knew his experience as a Holocaust survivor would make a powerful book. But he hadn't found the perfect person to write it until he found Jori Epstein. 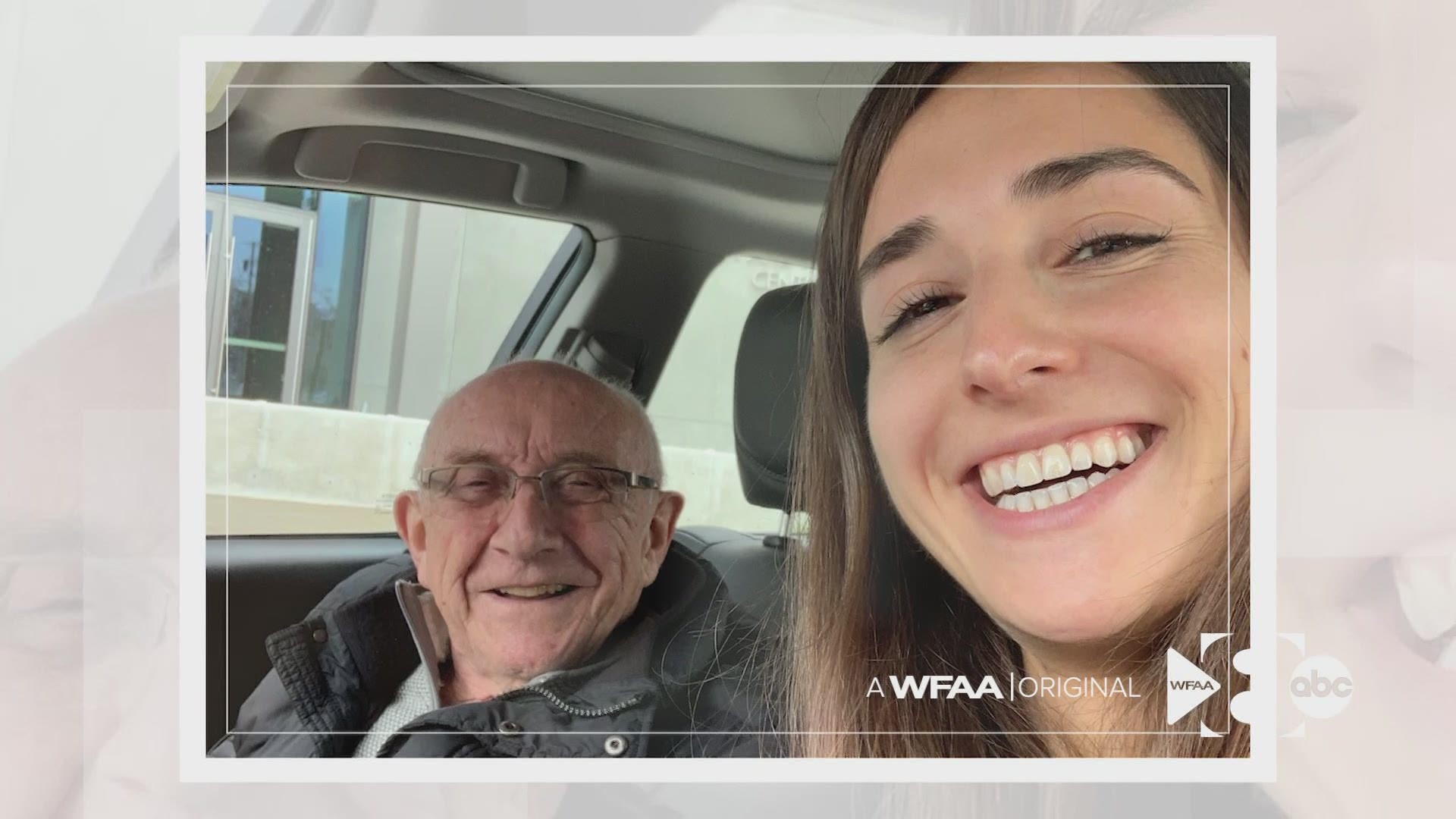 DALLAS — It began at synagogue on a Friday night in 2016.

Jori Epstein had just graduated from the University of Texas at Austin with a degree in journalism and Plan II Honors. It was her first weekend back home in Dallas.

She didn’t know Max Glauben well. But like most everyone across North Texas, she knew his story.

When her family stopped to exchange hellos with Max, he briefly mentioned he wanted to write a book.

Neither of them knew what that off-the-cuff offer would become.

It was not the first encounter for Epstein and Glauben.

In 2012, she joined fellow seniors at Yavneh Academy of Dallas on the March of the Living, an annual commemoration of the Holocaust in Poland.

“For so much of that trip I was really numb,” she recalled.

Credit: Jori Epstein
Jori Epstein and Max Glauben on the March of the Living trip in Poland in 2012.

Glauben went on more than a dozen March of the Living trips with students from Dallas, including the 2012 trip with Epstein.

Epstein remembers being at Majdanek with him -- the concentration camp in Poland where Glauben’s mother and brother were killed.

She remembers sitting on the floor of a barrack surrounded by classmates as Glauben spoke.

She recalls him pausing after telling a story and saying, “I’m not sure I’ve ever told anyone that before.”

RELATED: Holocaust survivor on Holocaust Remembrance Day: 'Do not let it repeat itself.'

“I think that was a moment that really clicked for me,” Epstein said. “I started scribbling in my notebook. I knew I needed to write it down.”

She was just a teenager, but she already felt a responsibility to remember a Holocaust survivor’s testimony.

After the casual conversation at synagogue four years later, Epstein and Glauben began meeting – mostly at the Glauben kitchen table over his wife’s tuna salad.

Credit: Jori Epstein
The COVID-19 pandemic made it difficult for Jori and Max to work together in person, but he mastered Zoom video conferencing and they met a few times in his backyard wearing masks.

Despite an age difference of 67 years, they discovered they were a perfect match to write the book Glauben always dreamed of writing.

He didn’t want a history book. He wanted a book about life.

That is what “The Upstander” is.

An upstander is someone who intervenes on behalf of a person being attacked or bullied.

“This book will show individuals can live a good life if we keep on taking inventory of what we say and pre-thinking about it before we say it so we won’t be sorry for what we did,” Glauben explained.

“The Upstander” is the story of a little boy strong enough to survive a concentration camp, a teenage orphan brave enough to immigrate to America, and a man compassionate enough to let go of hate - even though Nazis killed his family.

Credit: Glauben Family
Max Glauben lost his mother, father, and brother in the Holocaust. He was the sole survivor of his immediate family.

“If you were mistreated once, then you won’t mistreat anybody else because you know what it feels like,” Glauben explained. “Therefore, you repay with goodness.”

An upstander does not hate, but doesn’t stand idly by and allow hate to happen.

“Just because you don’t hate doesn’t mean you’re OK with mistreatment and intolerance in the world,” Epstein said. “But, you can stand up to it and try to move forward and use your adversity to build a stronger and better world around you. And that’s what Max has done.”

Glauben is a fixture at the Dallas Holocaust and Human Rights Museum and his story has been chronicled and shared many times.

But in “The Upstander,” he reveals things he’d never told anyone because he said he finally found the right person to tell.

Credit: Jori Epstein
"The Upstander" was published in March.

“Every goodness I saw in my 14 [March of the Living] trips is right there,” he said, pointing to Epstein. “That young lady wouldn’t hurt a fly. If she did, she might have a funeral and bury it.”

He called Epstein “guten neshama,” which is Yiddish for “good soul.”

Nine years ago they were strangers.

“Max is one of my best friends. He’s like a grandfather and he’s like a parent,” Epstein said.

“If we are on the phone and he can tell I’m a little bit nervous or stressed about something, he says he doesn’t hang up until he can hear me smiling through the phone.”

Epstein is now a 26-year-old reporter covering the Dallas Cowboys and the NFL for USA Today.

Their book was published in March.

“Thank God I’m still here when the book came out,” he said.