2020: 4 North Texans share their stories on the year that took many of us to our breaking point

The year 2020 made for an incredibly eventful year with a global pandemic, a presidential election and a fight for racial justice.

FORT WORTH, Texas — The year 2020 may be memorable for all the wrong reasons. The combination of a global pandemic, a presidential election and racial injustice made for an incredibly eventful year.

WFAA brought together four families who have had very different calendar years.

Blanca Pacheco, of Dallas, lost six people in her family to coronavirus in 2020. She lost a grandfather, an aunt, three uncles, but most importantly, her mother Angelica Pacheco. She said there isn't a day that goes by where she does not think about her mother.

"She wasn't a typical mom, she was everybody's mom," said Pacheco.

Pacheco said the only bright spot on the year was her engagement to her boyfriend, who has been her "rock" during these times.

Stan Penn, of McKinney, had to closed two of his businesses due to the government shutdown and COVID-19 restriction orders. Dempsey's Place and the Celt were both shutdown by July 20.

Penn told WFAA the loss financially was substantial. But he also really feels for the dozens of employees who worked for him.

"It was almost like a game of musical chairs and only our elected leaders knew what the rules were," said Penn.

He is looking forward to 2021 when he looks to open up a new concept to replace Dempsey's Place. The new concept is set to open in January, according to Penn.

Courtney Waddle is a registered nurse who opted to leave her home state for New York during the pandemic. New York, at the time, was the epicenter for the virus.

As a frontline worker, Waddle admits she was frustrated with the indifference from so many people concerning mask orders and social distancing. She recounts very long days working in the hospital over the span of five weeks.

"I have seen it first-hand take lives. What does it take for you to realize this isn't fake?" said Waddle about the virus.

Amber Carr already had an eventful 2019 when her sister Atatiana Jefferson was shot and killed by a Fort Worth police officer in her home, after police responded to a neighbor's concern about an open front door. Jefferson at the time was playing video games with her nephew.

The emotions from that event spilled over into 2020, when Carr's mother died in the early part of year. Her focus has been on getting justice for her sister at the same time the world was reacting to the events of Ahmaud Arbery and George Floyd.

WFAA offered up an exercise for these four families, who have been through a lot this year. They were all given the opportunity to vent their frustrations by beating up on some common household items.

It is all the rage, according to Smash n Bash, which is a business out of Fort Worth that gives people an opportunity to vent those frustrations by beating up and breaking things. The company did work with WFAA to ensure safety for the participants.

"...We have a bunch of stuff that needs to become broken crap!" reads a description

All four participants had agreed to take part in the exercise, and they took plenty of pleasure in breaking the table they sat and reminisced around.

"I just feel a sense of relief. It made everything resonate. It felt great," said one of the participants.

WFAA understands that this exercise offers only a fleeting feeling of relief after a tumultuous year. It is unclear what 2021 has in store, but in this one small moment, the participants felt some much-needed relief. 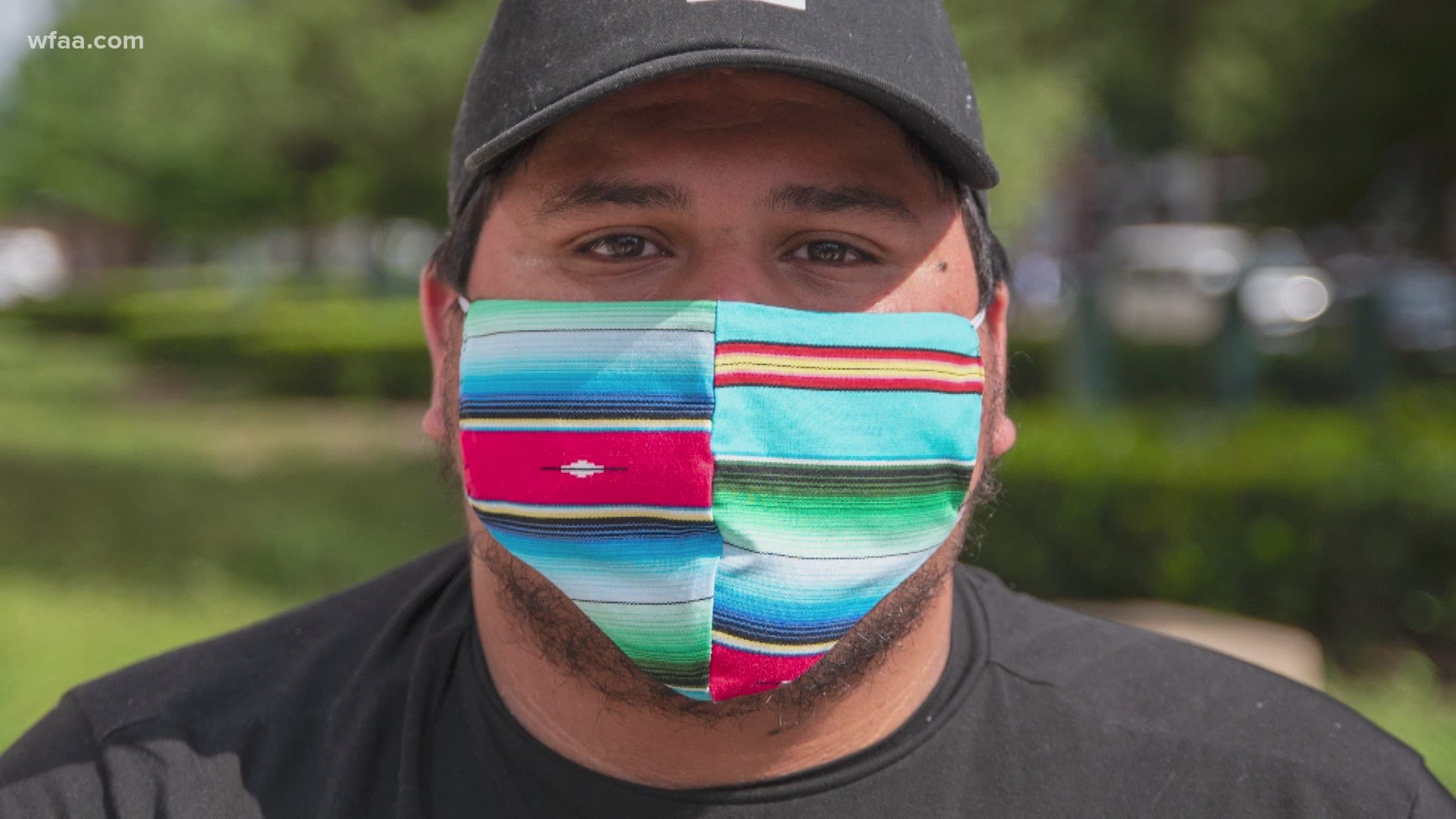